Originally posted on Weird and Important on 10th January 2015 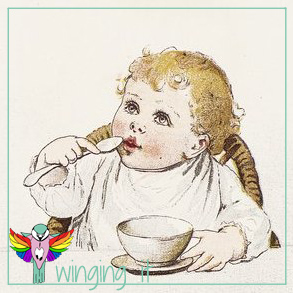 It’s three am, I can’t sleep. Partly because of a touch of insomnia borne out of a messed up sleeping pattern from being ill and partly because I am still ill. My throat is killing – still – when I swallow, when I yawn, when I cough. I can’t tell if it hurts less when I clutch my jaw and throat or if I’m just braced for it better. Either way, it’s definitely worse when I’m lying down, and I swear I swallow and yawn more just lying there not sleeping, thinking about how much it hurts when I next swallow. Or yawn. Or cough. It’s the worst I’ve been for a long while.

So it seems like the right time to try and gather some thoughts together about the coming year, because as much as I do not like that whole look back/look forward part of the New Year (or any part of the new year) I do have plans for 2015, plans that have been in the works for a little while now, plans my wife (who is currently sleeping) and I have been talking about for a while now and talk about every night before we go to sleep (or in this case, before she goes to sleep and I lie there for two hours, read fanfic, listen to my ipod for a bit before ultimately giving up and getting up).

We want to have a baby this year.

Now this comes with a set of problems, some normal, some unique to being gay and some just odd cause, well we’re odd and we have four cats, four chickens and two live hamsters (plus a dead one in the freezer I keep forgetting to give my mother for burial).

The most obvious one is the fact that I am definitely not a bloke. I have bigger balls than some blokes, but they are metaphorical and metaphorical sperm just doesn’t cut it.

So we have to outsource our genetics (or sauce as my GP called it), which isn’t as hard as I thought it was going to be after some thorough research but is something that bugs me terribly and I am working through my issues. It bugs me that I can’t give my wife a baby just like that, that my part in this is actually procurement of genetics rather than creation and sharing of them. Not that my genetics are particularly great or anything (read a bit of the family tag and you’ll see why) but it’s the effort that now has to go into getting her pregnant (my wife will be having the baby) whereas most straight people can just have them by accident, without even thinking about, without even wanting to first.

So that sucks, but as time passes and we come closer and closer to finding a donor and the reality of it all seems clearer I do feel better about it. Either way, I want children, her children, children with her regardless and I will do whatever I can get them (bar kidnapping obviously).

The other problems are money – we’re both working part time now so we have less money coming in and while I’ve actively started looking for a full-time job (I like my job but I won’t get more hours there) we worry about bringing a baby up in a household like that. I think it bothers my wife more than it bothers me. I grew up skint, I’ve never really had money, my mum managed it and my sister manages it and we will manage it but my wife is middle class. Her mother’s an accountant, a good accountant with a good income and her father teaches. Her house where she grew up is ten times bigger than our little bungalow, it’s only since being here, I think, that she’s really felt, well, poor. And we’re not poor per se, just skint.

Is that fair? To bring a kid into that? Knowing we’re actively trying for a child and not accidentally getting pregnant. Maybe not, but if we waited until we were rich or even well off, we’d be waiting forever (I do not see big money in our future). It’s a choice we have to make, and we deserve family as much as anyone else. 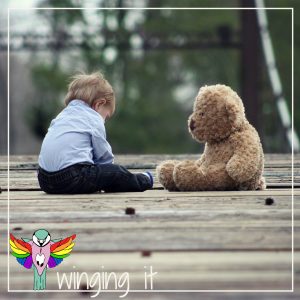 There is also the problem of parents. Mine and hers. Parents who we both love dearly, but parents who are completely insane. On varying levels. My mother told us not to rely on her when we told her we were going to try for a kid – that’s literally all she said – something I think comes from the fact that the last two times we’ve had a ‘we need to go to Accident and Emergency’ emergency we’ve called her. I tend not to rely on her because she is notoriously unreliable. She’s terrible. I wondered where I got my ability to be brilliantly late until recently when I realised it’s probably genetic. She’s worse. If she shows up at all. Assuming she hasn’t already cancelled. She also has a number of complicated illnesses that you can’t make up. Like a virus in her spinal cord and Reynards which turns her hands and feet blue but a complete indifference to it all. My dad is pretty ill, he has Parkinsons, a slow degenerative disease that is going to kill him, sooner rather than later. He’s only 58. He also has epilepsy and drinks. And lives 147 miles away. He’s a sweetheart, deep down, when it comes to kids, he loves my niece and nephew to death, but it’s a minefield.

My in-laws are 3000 miles away, across a sea and yet caused us the most amount of grief and amusement (there’s probably a great German word that combines those two feelings). As well as my wife’s grandparents, they’ve all chipped in opinions on everything from who the donor should be (and, what he shouldn’t be) and when exactly my wife can give birth (after tax season, before the school year starts). This was something that was discussed on Christmas Day, over Skype, during their Christmas Breakfast, while I was taking a nap (I was ill then – that’s how long it’s been) and my wife was making gingerbread chickens (and biscuits).

To top it off, obviously my wife is American and here on a spousal visa that needs renewing this year so god knows how that changes if we have a kid (the news has not been good) and I worry all the time about losing her to immigration and the idea of losing my wife and my child just breaks my heart without it even needing to happen and I don’t even have that child yet.

It’s a myriad of problems, but I’m pretty sure having a baby is going to be like that but at the end, you have a baby right? Which is a good thing, assuming it’s you know, it doesn’t end up being a little jerk or thinking it’s a cat cause it lives with so many of them (or a chicken).

I want a baby, I must do, cause I wrote a thousand words at three am (now four am) about all the problems we face and tomorrow we’ll still talk about it when we go to bed.

Anyway, as stated it’s not four am, my throat is no better – the usual hot chocolate has not helped and I think I’ll have a cup of tea and play Roller Coaster Tycoon (it won’t help me sleep but at least I won’t be lying in bed swallowing my own saliva painfully).

N.B This post was harder to write than it would seem because I’m not one for talking about my relationship with my wife and the intricacies and intimacies of it. And this feels intimate, important. Expect a future post on that thought in the future when it’s not the five am. Or at least this current five am.