The EU referendum is on the 23rd of June and Britain will vote on leaving or remaining in the EU. 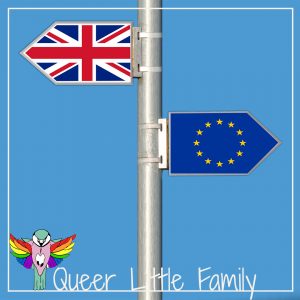 There are three things wrong with this whole process. One: They don’t trust us to name a boat but trust us to decide the fate of our economy. Two: It’s not as simple as it’s made out to be, we don’t vote to leave and then immediately leave, we have to decide what we want to do if we do leave and have to renegotiate everything again. Three: Most of the arguments for both sides are either blatant lies or just plain insulting to our intelligence.

How anyone is supposed to make a clear and informed decision is anybody’s guess, but my gut feeling is that we’re better in the EU than we are out of it. The EU has helped shaped the Britain we are today, in terms of the economy, the rights we have as workers, as women, as humans. The Conservatives want to get rid of the human rights act by the way.

The EU means that Britain has to have: democracy, the rule of law, a market economy and guarantees for the protection of minorities and human rights. These are good things. Why would you want to give that up? The EU gives us freedom of movement, freedom of trade, freedom.

It took us two years to negotiate terms and finally be officially part of the EU; something we only did out of spite almost, out of jealousy even. And we reaped the benefits of this. If we left, getting back won’t be easy, it won’t just take another two years of negotiating. We’d have to have the support of every other member of the EU and I don’t know if you’ve noticed but Britain isn’t the most popular country in Europe right now.

Aside from that, on a local level, Wales benefits a lot from EU funding.

From the Welsh Government Site:

The Welsh Government’s flagship employment programme provides the first six months of salary costs for companies that give jobs to 16-24 year olds.

So you can see how I might want to stay in the EU. And these are just projects funded by the EU, this doesn’t even count the farming subsidiaries that this country gets. Yes it’s true the UK pays more into the EU, but some areas get much, much more back. That money we pay in – there’s no guarantee that the government will use it the same way. We save all this money and the government haven’t promised to continue to subsidise farming or projects in poor areas. That money could go on the NHS, yes, but there’s no assurances it will. It could just disappear entirely and we’re no better off.

There are no guarantees if we leave. 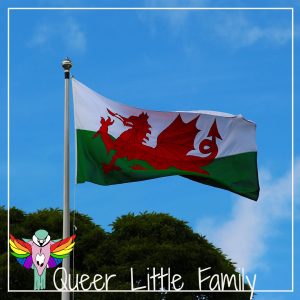 Another of the bigger leave arguments is about immigration, most of which smacks of racism, but I understand it is a valid topic for many people. Including my mother, apparently, despite the fact that she lives on a hill, in the middle of nowhere, surrounded by some of the same families that have owned the land around here for hundreds of years.

Most immigrants into the UK are from outside of the EU anyway, leaving the EU isn’t going to change that. Most immigrants come here to work or to study, most already have jobs and courses lined up. The idea that anyone has come to steal jobs is odd. Some people who say this already have jobs – if you’re so worried about someone stealing it, then you should work harder, it could be taken by anyone qualified regardless of nationality, surely. People who don’t have jobs who say this usually like to blame immigrants because it’s easier to have something tangible like that to blame, rather than something like a lack of jobs, or a poor society, or a rubbish government. Immigrants are easy targets and it’s lazy politics.

Leaving the EU is not going to change anything about illegal immigration.

It’s illegal, a crime, the EU is not funding the desperate and poor from war-torn countries to sneak across the border in the middle of the night. Think France is going to care about where all those people in Calais suddenly disappear too if we leave the EU though? I doubt it.

Illegal immigrants are not coming over here and sponging off the system, getting benefits and using the money for luxuries. They’re illegal, they do not exist on the system. Once you’re on the system, they know you’re here – just to get benefits you have to have a NI number. And to do that you have to be a legal immigrant. With a visa and everything. My wife is a legal immigrant, she has been here for seven or eight years, has an NI number and pays her taxes and even she can’t apply for any benefits at this point.

I could go on, but to be honest, I do think a lot of the argument against immigration is thinly veiled racism, and I don’t really entertain racists. I back this argument up by saying that the people who are against immigration and want to leave the EU, are all people known to be racists or racist parties. Like UKIP, the BNP and Britain First.

Vote whichever way you want, it’s your choice, that’s the point. My advice though, it not to believe the hype, do some digging, search out the facts, ignore the media and the spokespersons on both side of the argument. However, if you’re not sure, vote in, because nothing will be certain if you vote out.