My wife is pregnant. 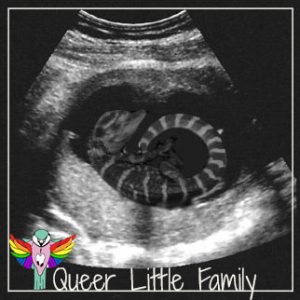 It’s a secret – don’t tell anyone.

Okay, so, at time of writing it’s a secret.

I wanted to write about it now though, rather than two months down the line after the scan, because I will have different thoughts then to the ones now. I assume.

She’s currently six weeks pregnant, our baby is the size of ladybird – far too many people know and not enough people know at the same time. I’ve known for almost three weeks – the symptoms came on really quickly and well, you can’t really argue with four positive pregnancy tests (someone may have gone a bit overboard with the tests…).

It took a few days to go in.

The idea that my wife was actually pregnant, that this whole donor thing had actually worked, that we were actually going to be parents…To be honest, sometimes it fades back out again and I still can’t believe it.

I’m going to write a whole post of things I have learnt about trying to get another woman pregnant, cause that was an experience and a half. It worked though, cause she’s pregnant. Our dating scan is sometime around the 8th of Feb.

I should point out that in the end, we didn’t get a guy off the internet to be the donor. We were lucky, I think, in the end. Our friend’s sister and her husband are our donors. Well he is, she isn’t. He’s a nice guy, she brings his man sauce (what my GP used to describe sperm) over in a pot she holds between her breasts (honest). We have basically extended our family by about a dozen through this baby, who won’t have a dad but will have very big family.

So just before thanksgiving we had a donation and that worked and the baby – who we are calling Snappy – is due in August.

My nephew knew first. He knows everything first. He knew Kate Ellen was going to propose first, so it seems only fitting he knew she was pregnant before me too. He knows, my sister and niece know, my mum, Jay. My mum told all her sisters, god knows who my sister told. My niece Poppy has been telling people my wife is pregnant for about a year now. My neighbour knows. Our donor knows of course, his wife, her sister, her sister’s daughter who then told the rest of their family. My friend at work knows (I couldn’t help myself). I told my dad on Xmas, we’re telling my in-laws on New Years Day. Mostly because there’ll be less people there – not the entire NJ clan.

I want to tell everyone.

I don’t want anyone to know.

It’s a paradox but I’m like this with any good thing I have, any plans I make. I don’t want people to know until after the fact in case something goes wrong. What if she miscarries? What if we have to abort? What if, what if, what if? I dread having to tell people the worst has happened almost as much as the worst happening sometimes. So while I want everyone to know so I can bore everyone to death about my baby who is currently the size of a ladybird (according to the app we’re using), I’m worried that saying something will either jinx it or ruin it or make something bad happen.

The excitement has faded from random “oh my god’s” throughout the day to a steady and constant “yay“. There are lists, and lists of lists, I’m not letting my wife do anything that even involves thinking about lifting heavy things (including the cat) or involves over-doing it. Much like when she was injured in the summer. Good practice really, cause she’s already gotten used to me telling her to sit down. 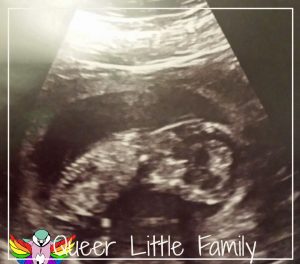 There’s a lot to worry about. I’ve actually come to peace with a lot of issues I thought I would have. Well, mostly, sometimes they niggle at me. The baby isn’t related to me. But I’ve always been a big believer that family is what you make it – blood is thicker than water – the saying’s original meaning is actually the opposite of what everyone thinks. Plus, on top of that, mango chutney is thicker than blood. Do with that what you will. This crocodile baby will look nothing like me, but that doesn’t mean it will be nothing like me. I swear sometimes I’m turning into my step-dad Jay, or at least an amalgamation of Jay and mum. And I’m nothing like the rest of my family. Doesn’t matter though.

What’s important that I love it. I know I will love the baby, it’s not even an issue for me. When my niece was born I was worried I wouldn’t love her as much as I love my nephew – especially since I feel like he was my reason for being alive and not killing myself for so many years. But it didn’t happen, I love them the same, in different ways perhaps. Taylor is the reason I’m alive, Poppy is the one who reminds me of all the good things that I had in my life as a kid even at it’s worse. Poppy reminds me of the relationship I had and have with my sister.

They are both great sources of entertainment.

I think it’s a foolish but reasonable fear, as odd as that sounds.

I worry about money and I worry about family. I worry about prejudice – towards us and towards the baby. I worry I’ll do something wrong, or I’ll be a shit mum. I worry that I’m too lazy or too stupid or too crazy to look after a baby.

Mostly I just want to be happy.

Because my wife is going to have baby.

22 Replies to “So You’re Having A Crocodile (Baby)”