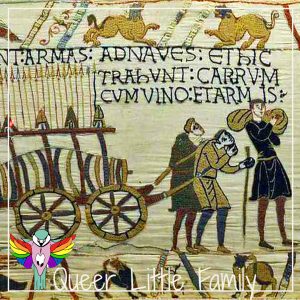 For those of you who haven’t noticed my wife is American and an immigrant. Her grandfather is Welsh (like mine) and it led her to come over here and learn the language. And then stay. She’s been here for eight years now and we’re coming up to another step in the process of making her a citizen.

We’re about to apply for ‘Leave to Remain’ – basically permission to live and work in the UK indefinitely. After a year of this, you can apply for citizenship and that’s it, you’re British. Huzzah.

But first, you have to pass a Life In The UK test.

Life In The UK 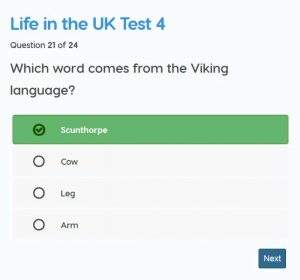 The test was first brought in around 2005 as part of the immigration process in a bid make sure immigrants were properly versed and prepared for living in the UK. Apparently, the five to ten years they’ve already spent here on various different visas (student, working, spousal etc) doesn’t count in this regard. What people really need is a test to make sure they really know how things work here in Blighty.

Okay, so, besides the sarcasm, it’s a good idea badly implemented for people who don’t actually need it. My wife has been here eight years. She has a life in the UK, she has not learnt anything from the book or the practise tests that will actually make a difference in the future or have any information in them she didn’t already know.

For people just getting here, there are things they need to know. How do our taxes work? The NHS system. Laws and government. The cost of bread and milk….

No one needs to know how many wives Henry The Eighth had to live here. At no point do you go to A and E and get asked for your medical history and what the national dishes are of each of the countries making up the UK.

Which brings us to the title… 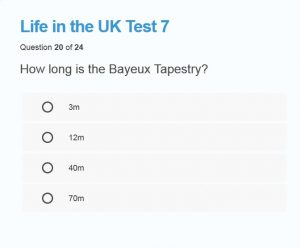 Did you know that? No, no one bloody knows and I know that because I ask everyone. Do you know what the Bayeux tapestry is? Where is it? This isn’t something they ask you in the test, they just want to make sure you know how long it is because you will not survive the living in the UK. Around every corner, there is a civil servant waiting to deport you unless you know how long the Bayeux tapestry is or who invented Concorde (a plane that hasn’t been in service since the nineties).

Okay, so maybe I’m exaggerating but some of the questions really are ridiculous. The test is multiple choice and some of the incorrect answers are hilarious. My favourite two are below. 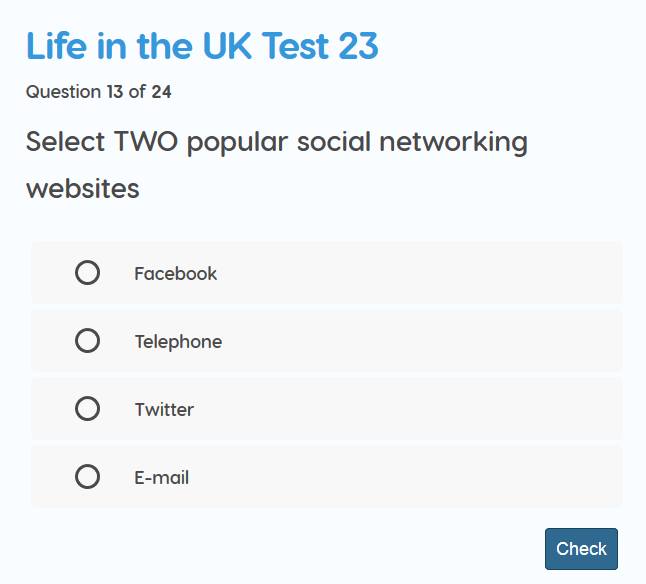 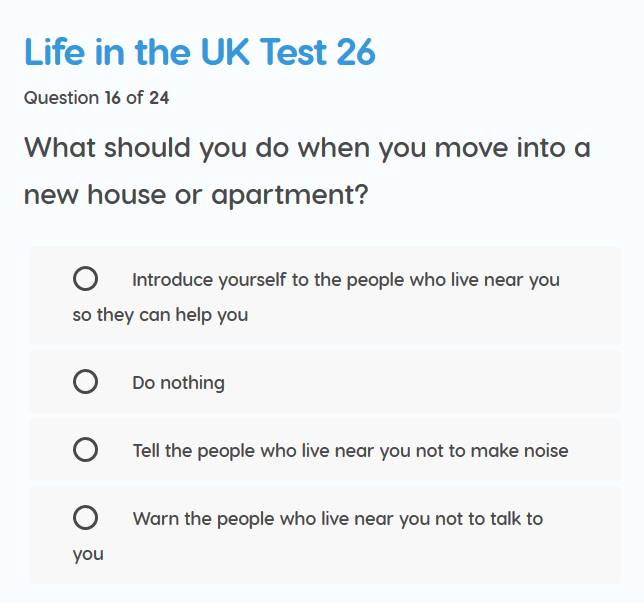 There are some serious questions, things you need to know, but they are so few and far between that you would barely notice them and all you end up remembering is how long the Bayeux tapestry is. 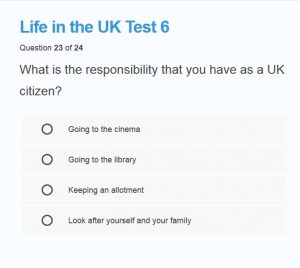 We had a bit of a hiccup in taking the test. For starters we had to go the Birmingham – it wasn’t the nearest one, that was in Wolverhampton but who wants to spend a day out in Wolverhampton? Not us that’s for sure. So we went to Birmingham, took our son to the Sea Life Centre, found the test centre, Bethend went in for the test.

And couldn’t take it.

The ask you for proof of identity and address and give you a list of what’s acceptable. We didn’t check the email and didn’t know that a letter from the bank would not be enough. It had to be a bank statement. However, when we got that, because bethend had already refused she couldn’t be signed back in again. Limitations of the system I guess. My wife was devastated. Me, less so, because I knew as soon as payday rolled around again we’d come back and she would kick ass.

It took two minutes, cost fifty quid (not including train fare) and we’re now on the final stretch of this round of application.

I hope you’ve learnt something today, try the practise tests yourself and find out if you’d pass.

24 Replies to “How Long Is The Bayeux Tapestry and Other Questions.”