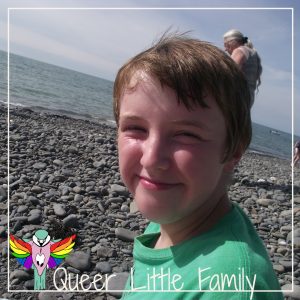 On the 14th May, my sister and my nephew, my dad and his friend,  are walking up Snowdon for Parkinsons UK. My nephew has already raised £100 a few years ago for Parkinsons, with a sponsored swim. He’s quite a fit little lad (despite an x-box podge) and while I’m not sure he’s looking forward to it he’s definitely going to get up there. My dad fund-raises for Parkinsons regularly. Just this month he’s dressed up as Saint George to collect money. He’s one of the top fundraisers in the area and does this year after year.

Even as his own Parkinson’s progresses.

Parkinsons is different for everyone. For him, it’s been slowly progressing over the years and is complicated by his epilepsy. He doesn’t really let that stop him. His fundraising total is over £10,000

Symptoms and how quickly they progress are different for everyone.

There’s currently no cure, but drugs and treatments are available to manage many of the symptoms.

Snowdon is over three and a half thousand feet up, I’ve climbed up once when I was a kid, but I’ve not actually been back since. My part in this fundraising venture is to look after my five-year-old niece. I’d considered going too until I injured my ankle. Plus my wife is five months pregnant so she can’t make the trek either.

Please consider supporting them by donating on their Just Giving page – anything helps.

17 Replies to “Climbing Up Snowdon For Parkinsons”