A little later in the month than usual (by about four days mind) because it was our sixth anniversary on Monday, here are all the things we got up to in June.

I’ve read no actual books this month. Mostly articles and blogs. Job listings. That’s what I’ve mostly read this month. Bethend has finished C.S Lewi awful space trilogy, she started Martians by Kim Stanley Robinson, Island Of the Day Before by Umberto Eco, Plague of Pythons by Frederik Pohl, Wreck of the Abergavenny by Althea Hayter and Now to the Stars by W.E John (the guy who wrote Biggles). Snappy has read more Mr Men books (or re-read them), Judy Moody and Stink: the Mad, Mad, Mad, Mad Treasure Hunt, Carbonel, Five-minute Stories (that I can’t find online) and more I can’t quite remember. 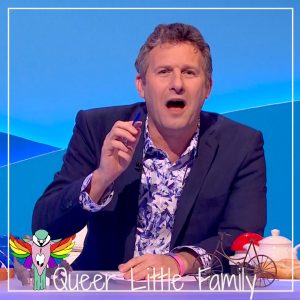 The Last Leg is back! Finally. And there is also Celebrity Crystal Maze – Richard Ayawadi is so funny. We worked our way through MST3K The Return and Season Ten of RuPaul (though we’re behind so no spoilers).  We watched some classic MST3K and we’re working out way through season eight of that for no reason what so ever. Snappy mostly watched lorries and trains on Youtube mixed in with Bagpuss and Mr. Men cartoons.

I started up Dragon Age Inquisition for about the fourth time last month. Cause why the hell not. I started Elder Scrolls Online but then my PSN subscription ended and I can’t justify the cost until I get a full-time job. Plus I spent more time updating it than I did playing it which just annoyed me. I also started up Rollercoaster Tycoon – the original – up again. Bethend has been playing Age Of Empires and Kingdom.

We haven’t really been anywhere. The sun is out so we’ve been to the park a lot, and to the beach too. Being down on the village beach is always fun. We managed to convince Snappy to go into the sea by telling him it was just a big paddling pool. This worked for a while but then he went off it again. It’s a start though.

Other than filling in applications forms it doesn’t feel like I’ve written much. Though I did put together the Queer Lexicon 101 and a few posts on Medium including Ghost Legs on Mental Health Arena. I’ve written a couple of things during and for my writing group that have yet to be posted anywhere. Two of my poems were published in Loud and Queer issue six last month too.

And, my sister and I did another run to Coventry as my dad ended up in hospital after a fall. We’ve all had stomach bugs (also my mum rocked up saying she had shingles, again). It’s been a rough month, my anxiety has been particularly bad, but I feel like it’s turning a corner. Snappy is mostly naked, we’re getting to know our neighbours better and I turned up for church for once. Also, I’ve been designing badges for my store like there’s no tomorrow!