This is not an adorable children’s book. Yet. 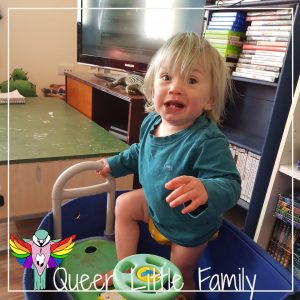 What it is is a couple of weeks of a ratty toddler with no indication as to why except for all the new teeth that have appeared. As well a couple of molars.

He’s ‘behind’ when to his teeth. I tend not to be bothered by milestones because he’s a toddler and unless he ‘miles’ behind, it doesn’t really matter. It’s not a race. He hit most of the milestones when I expected so I’m told, I’m not 100% sure. Either way, our health visitor is happy.

The only concern was his teeth. Or lack thereof. He got his first two before he hit eighteen months which was the deadline the health visitor gave us before she thought we should go to the dentist. I’m not sure what that was supposed to accomplish though. Would a dentist be able to tell teeth are in there? Of course. And then what? It’s not like they’re gonna be able to force all of his baby teeth tough his gums. Or that I would even let them.

That doesn’t even address the logistical issue of taking a toddler to the dentist. I can’t get him to wear trousers somedays, looking in his mouth is a huge no-go. The only way we can see the teeth at the back sometimes is to turn him upside down and tickle him. It’s a proven method but not something I can use at the dentist.

He has teeth though, they are coming and I think I’m more aware of that milestone partly cause he is behind and partly because all I ever heard off other mums when talking about their babies was that they’re teething. I swear at any given time a baby in the village is teething. There are a million things that kids can suffer from but all I ever hear about it teething. 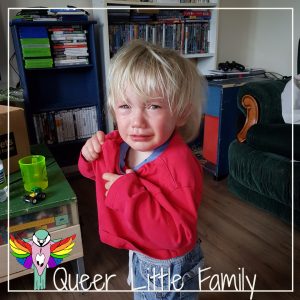 There is a definitely a component of ‘this is easier to talk about/deal with when it comes to just how often teething troubles come up in conversation about your child. The fact that they’re behind their milestones, struggling with breastfeeding or weaning, acting up, not sleeping through the night or more than a few hours at a time are hard things to talk about. those are things parents think they should be able to do something about.

Teething is purely physical though. Not behavioural, nothing you can do about, those teeth are coming whether you breastfeed, co-sleep or use a dummy.

Teething does cause a lot of symptoms though, so all those problems the baby has can be down to them teething. From what I gather generally being a baby is a symptom of teething according to the internet and every mum I’ve ever spoken too. It’s not quite that bad the NHS says, but they also say every baby is different.

With ur little croc a few symptoms we’ve noticed are definitely down to teething because his first three were so spaced out. He gets a flushed cheek (just the one) but not a fever, he gets spots on his chin and he’s a ratbag. Recently he’d been more of s ratbag than usual and that’s because he was getting two molars (one on each side) at once. Again, we didn’t realise this until we’d tipped him upside down and tickled him. 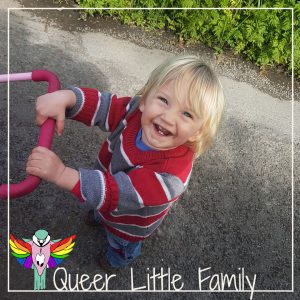 So, we’re all set for an influx of teeth. One thing is that it’ll be nice to get it all done at once, and finally done and dusted. Also now he’s older and we already know the symptoms (spots, flushed cheek, ratbagitis). Plus we’ve already dealt with some of his initial desire to bite everything (us, the cats, furniture) and reduced that down to things he can bite (the furniture). I can’t say that his communication will make it easier, as I find this in-between stage more frustrating than when his entire repertoire of communication was crying and crapping.

I will miss his gummy smile though.

17 Replies to “Snappy Gets His Snappers”