Be forewarned of the following: language and awkwardness. 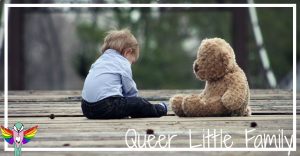 There are few things more awkward in the world than having a guy come over to your house and wank into a cup.

One of those things is talking about how you’re trying to find a guy to come over to your house and wank into cup.

(I really enjoying saying that to people by the way, so expect me to repeat it some more in the course of this education post about sperm donation).

Okay so, this is how it goes. We left our houses, we met, we returned home, fell in love, got married and now we want kids. Which is all very normal. In fact, if it weren’t for the fact that we’re both a bit odd and social recluses and medicated up to the gills (well, I am, my wife isn’t), we are all very normal. We work, we watch films, we eat food and have cats.

And we want kids.

Except the bit where I trawl the internet for a guy to come wank into a cup in my spare room.

(By cup, I don’t mean like a teacup, or one of my mugs, I mean, like a specimen jar but that’s not nearly as funny is it?)

Okay, so my major flaw in life apparently is my lack of sperm. And if I could produce sperm I would be some sort of medical miracle and there must be some money in that. But being a regular bisexual in a same sex marriage doesn’t make me much money in a freak show (maybe when I grow my purple goatee?).

The NHS does not pay for this sort of thing. In fact, even when you’re infertile, getting IVF, IUI, or any sort of help is a bit hit or miss. And I live in rural Wales where basic care can be a bit hit and miss. We have to have six attempts privately before before they will help. It’s just not going to happen. To do this privately – and I mean at a clinic – it costs over a grand. And I need that money to you know, pay my wife’s visa fees and rent and eat and bills and it just seems like a lot of money for something that has such a small chance of working.

So we’re looking for donors online. It’s a bigger risk for a bigger reward – the chance of it working is actually pretty high so we just need to find a guy to come over and wank into a cup. 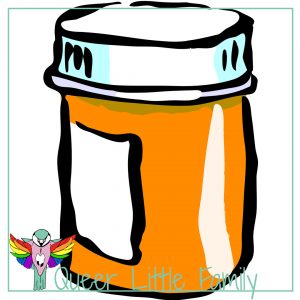 Not so much. Found a guy, he’s moving to America. Found a guy and got a donation, wife had an accident, now he’s unreliable. So now I’m trawling websites looking for guys to…well you get the point. And now facebook too. Cause facebook has loads of groups for donors. I didn’t want to use facebook at first cause it’s my actual face and name (well, no it’s not but close) but then, it’s locked up tighter than a locksmiths (I’m sure there’s a dirty version of that saying) and well, I really want kids.

I know all the terms too. Those are my favourite part of this process, the little codes littered across the the websites and forums. AI, NI, PI, PI+ – Artificial, Natural, Partial and Partial Plus. PI+ confused me a little, but as it turns out, it’s PI but with a bit of help.

We are looking for AI only: Artificial Insemination. So basically, some man sauce (my GP’s exact word) in a jar and a syringe. And you can work out the rest from there really. Oh and we use lube too, but not the regular kind, but the kind that doesn’t hard sperm, so we use Pre-Seed but there is one called Conceive Plus too. the idea is that they aid the sperm rather than become a barrier to them or harm them.

I know, I know. Now try explaining that to anyone, in real life, ever.

Yeah. Blogging is easy. Trying to avoid the questions my mother-in-law has, not so much. My own parents have no questions. It’s great and I know it’s not they’re not interested but I do not that sort of relationship with my father (it’s strained), and my mother tries not to get too involved because she doesn’t want the extra stress. Also, she already has adorable grandchildren. My mother in law in dying to have grandchildren. She wants to know more about the guy we chose than we do – and I already ask a lot of questions.

But then, I get the feeling she wants to the ideal – you know, tall and handsome (which is subjective) and smart and so on but I just want healthy. We are not the ideal. We are podgey and a little nuts and I truly believe that shaping a child, a person, is as much about the environment as it is about genetics.

And so, I just need some genetics in a cup as a starting point and I can create a tiny little Kate Ellen, and it will be wonderful.

Aren’t you glad you read this? Don’t feel awkward and uncomfortable now?