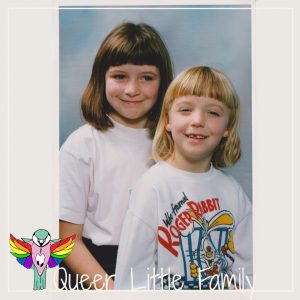 Sometimes I think people forgot this.

I can look after myself. I actually can. I can cook, I can keep the house clean and I can keep myself alive and dressed and clean. I can get up on time, I can go to bed at a reasonable hour. I am not completely incapable of doing any of these things. I can plan for the future and I can learn from my mistakes.

It’s not malicious, in fact, those who care about me most often do this and hell, I don’t even think they even realise they’re doing it sometimes and I let it slide most of the time without even feeling peeved. Sometimes though, more so as I get older and as I get better it grates on me. Because I know what I’m doing. I know how to do things – that isn’t the problem.

The problem is I don’t want to do things – and the reason behind that. So I don’t want to shower, or cook, or clean – not necessarily because I’m lazy (though I can be) but because I do not think I deserve this care (which also grates on me when people are trying to help me or look after me).

I don’t think I should be looked after, don’t think I deserve a good meal or a clean house. I struggle to get up on time because I don’t think I should bother – what’s the point right? I don’t want to go to bed because then I have to sleep (even if I can) and I have to start over again. It’s the problem with depression – it sucks at your self-worth so you don’t see the point of these activities. Activities that simply revolve around you. Other people have more worth to you than your own being. So looking after them is easier than looking after yourself. 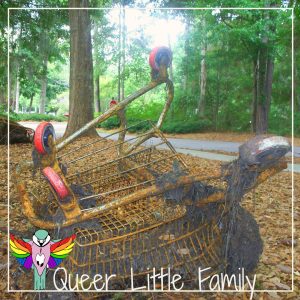 While my mental health is improved I still struggle with looking after myself. Not because I can’t because I don’t completely think I’m worth it. If my wife weren’t here I doubt I would even do as much as I do now. I can manage a bear minimum under my own steam but everything after that is for her or because of her in some way.

My mother, my sister, my best friend Mel… many people have looked after me right up until a few years ago. For some reason, I seem to project this need to be looked after when it’s not what I need. I need a kick up the backside in all honesty. It’s what I tell my wife all the time. As time has gone on my mental health has improved as well as my desire to look after myself but it takes time for that to sink in completely for everyone else I suppose. And I don’t blame them, nor would I ever snap, but sometimes, sometimes I just…I know what I’m doing okay?

When it comes to mental health and depression – what one person needs is not what the other person needs. So while I need a swift kick to get me to do the washing up, some people need more care. Hell, I used to have my sister clean my flat and my mother randomly left me groceries on my porch in the middle of the day because I’d still be in bed. That was my reality and on some level, I am still being cared for but that does not make me incapable. Every little thing can be a struggle cause every little thing can hurt or hinder in some way.

It’s odd the way it takes us but the reality is deep down we are capable people – we can’t-do things not because we’re incapable but because it’s too hard at that point, we’re just too worn down by our own minds, our own thoughts, sometimes we don’t think we’re worth it or it’s worth doing. There are a million little things that cause mental health problems, a million different triggers, a million different reasons and rationales and requirements we have to get through the day.

Or to avoid getting through the day.

For all this griping I’ve just done there is one thing that’s important to note. I know they only do it cause they care about me, they love me. And they worry. I’ve worried the hell out of my mother and sister over the years, cause Melanie no end of panic, with suicide attempts and self-harming and complete meltdowns of various kinds. So this is their continued care, and I love them all the more for it, appreciate it more now that I ever did back then.

Still, I am 33. I know where to put the trolley after I’ve finished with it!

One Reply to “Capably Capable”