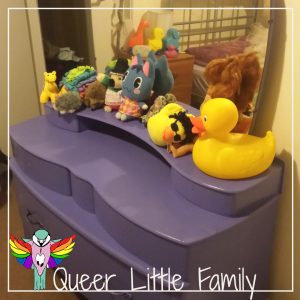 We’re roughly around the half way mark in the pregnancy. Most things are going well, the tests are all coming back okay, the scan was okay and we have another scan in April. The symptoms haven’t been atrocious, though I’m not sure my wife would agree with that assessment but then I think about how sick my sister was with her kids and know bethend is coming off quite well symptom wise. Not great but not awful.

I think this week has been the worst actually – she had morning sickness feelings during the first trimester but didn’t throw up a lot. Mostly she was sore and tired and averse to bananas. Mostly she is sore and tired. And possibly still averse to bananas. We’re not sure. We’re avoiding them (this is no big loss for me, cake yes, fruit less so). This week she’s thrown up twice and we think it’s the cleaning products we use because she’s been cleaning up the baby’s room and doing general housework and then throwing up.

She’s avoiding this too now and we’re using a vinegar and lemon based concoction for a while.

Also, she was so sore yesterday she couldn’t only use one arm, the other needed to support and warm her chest. Which was fine until she tried to make dinner. So I helped make dinner. Which is also fine except I sprained my ankle quite spectacularly – I chopped and scooped while standing on one leg.

She’s definitely showing. The bump has mostly been hidden under winter clothing, but I’ve seen it changing and growing, and today in the sunshine it was clear to see the changes in her body and the way the bump sticks out. The bump with my baby in it. She felt it kick her a couple of weeks ago, but hasn’t felt anything since – I got this text while at work but then couldn’t tell anyone cause I’m not allowed to use my phone during work (but I do cause I need a calculator and a clock). When I got home I immediately bent over to have a talk with Snappy about kicking mummy so hard. I spend a lot of time talking to the bump, apparently, the baby can hear me even if it can’t understand me.

Worryingly this means Snappy can also hear the cats.

The baby is going to come out thinking purring is normal. 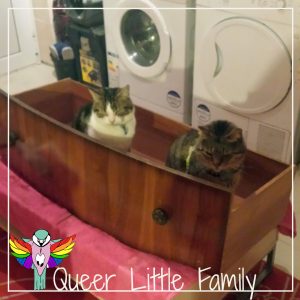 We’ve been slowly putting the baby’s room together – bethend (with some assistance from my niece and my neighbour’s little girl) have painted a dresser purple. The room is all arranged how we want it, we just need to put the cot in (when we get it) and I have a border decoration in mind. We’re keeping our niece’s bed in there because she needs somewhere to sleep and it will be handy to have a bed in the baby’s room.

There’s still plenty of things to get through. We need a new food processor, and a baby monitor and other bits and bobs like that – but we still have four months to get everything.

We also need a name.

We have some ideas on the front though, and a list going. Though the current suggestions from my niece are John or Rosie (both no), though at least she’s moved on Bixamelia (???), the little girl next door says Dave (but also wants to call her new little sister she isn’t getting Dave) and the boys at bethend’s nursery say Frog (well, it changes every day).

I am all for unusual names but I am not calling my baby Frog.

Anyway, that’s the halfway mark, more or less. I’m really looking forward to finding out what the baby’s biological gender is and will probably post a ramble about gender later on down the line when I have some thoughts together. 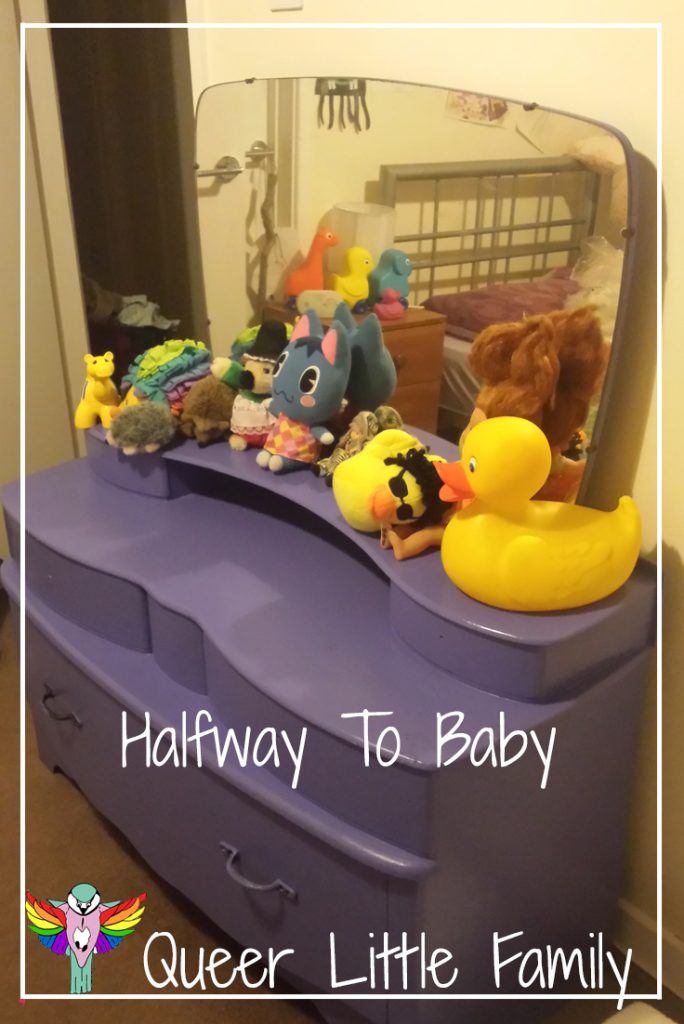