My wife is having contractions. 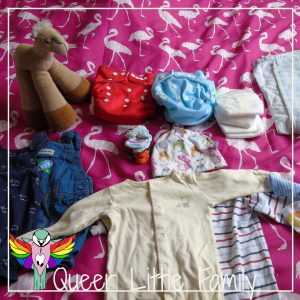 Okay so it could be Braxton Hicks, and it’s pretty normal for this time in the pregnancy – we’re 34 weeks in and anywhere from two to six weeks from the birth. The actual date is August 18th but only 4% of babies are born on that due date. My mother says I was perfectly on time. She also says I was such a cute baby people came from all over the hospital to look at me. I was also hairy.

I’m more inclined to believe that I was hairy.

Except for the bit where they don’t sound a bit like Braxton Hicks. False labour is felt in the front, not for very long, sporadically.

These contractions are in the back, cramps in the legs, are lasting a little longer. They’re every now and then but also every hour, every half hour, every twenty minutes….at least that’s how close they got on Sunday and I was waiting for them to get closer still before I rang the midwife or the ward. Then around half one in the morning, they stopped. Since then it’s been off and on, every half an hour for a couple of hours with other suspicious signs and half the women we know who’ve had children saying it’s coming and coming early.

We are actually ready. We have everything, we’ve finished the cover for the Moses basket, we have everything a baby could need. On Monday – due to Sunday’s suspicious contractions – we put a hospital bag together. My mum has been notified so she’s ready to drive us, the neighbours too if necessary (my mum has health problems but is pretty determined to be the one to drive us to the hospital).

We’re ready even if he may not be – though he’s four pounds and not like he’s three months too early and not viable. He’s just small. 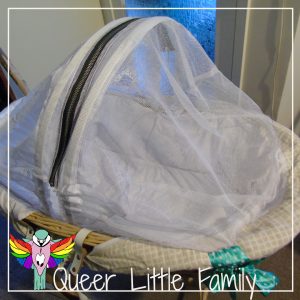 I’m not ready at work though, that’s the only problem. I was hoping to get further ahead than I am. I work in a Pharmacy as an assistant dispenser (I’m training) and mostly I make up trays of medication for elderly patients and put together the monthly medications for two care homes. I also do regular dispensing during the day off and on and half a dozen little jobs depending on what my Pharmacist wants me to do. I was hoping to get a couple of weeks ahead on my trays at least, so there would be less for my colleagues to worry about and do when I’m off on my maternity leave.

After Sunday I was very aware I had done nothing to prepare – I’ve asked Snappy to give me another week at least but it’s easier to herd cats than get an unborn child to do anything.

And it’s damn near impossible to heard cats without biscuits.

At least by now I’ve done my trays for the week, started the first of my care homes and written out a list of hints and tips for how I do my job. I have a little autonomy when it comes to how I manage my workload and organise it all.

Part of me doesn’t care, which is awful, because I have over forty patients I make trays for and there are sixteen people in one care home and almost thirty in the other. But I don’t care because this is my wife and she’s in pain and I hate that, it’s hard to see her in any sort of pain. And this is my baby, and I can’t wait to meet him and hold him and just have him.

Today is my day off – so today would be great but we’ll see. My netbook is broken so if this post doesn’t look at shiny as usual bear with me – a spare part is coming. You can always help support me on Ko-Fi.

Hopefully next week I’ll have a post up regardless of what happens, either way, I need to get my netbook fixed (power issues) or my PC fixed (monitor connection issues) soon. At least my wife’s laptop is in (mostly) working order.