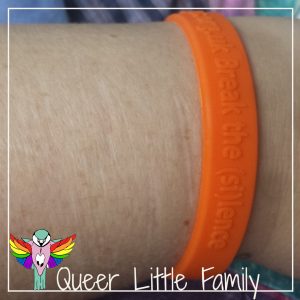 March 1st is Self Injury Awareness Day. I started to self-harm when I was 19 and did so regularly until about six years ago. The last time I self-harmed at all was two and a half years ago. I have thought about it since considered doing it even, but I remain self-harm free. Recovery is not a complete and total thing but I do consider myself recovered. I still have a lot of scars, there’s not getting rid of them though I suppose I could reduce them with oils or stuff but I don’t bother. They don’t cause me any problems and I’m not ashamed of them.

“Self-injury is any deliberate, non suicidal behaviour that inflicts physical harm on your body and is aimed at relieving emotional distress.”

Self Injury covers a lot of different behaviours; it’s not just cutting. Cutting is the most commonly known but it includes anything that causes damage or harm to someone. Everything from eating disorders to alcohol abuse can be classed as self-harm. I personally cut; but I also overdosed on my medication, tried burning and bruising and struggled with alcohol. Risk-taking behaviour and poisoning is also self harm.

3. It’s Not A Suicide Attempt

Self-harm isn’t suicidal behaviour. It’s an easy mistake to make – people who are self-harming are usually suffering from mental health problems that also include attempting suicide but while there is that connection, one does not always mean the other. I’ve tried to kill myself twice – the rest of the time I was just hurting myself. Self-harming is a way to try and cope with living. To cope with and remain living and existing.

4. It Can Effect Anyone

It’s not just teenage girls. It’s adults, it’s kids, it’s men, women. Any race, any age, anywhere. Reasons for self-harming don’t involve who the person is juts how they feel. The stereotype is more damaging than I care for – it’s hard to be taken seriously for self-harming when you’re in your thirties. Try being a man, or elderly even. It’s hard enough to get help for mental health problems when you are the stereotype. Trust me. 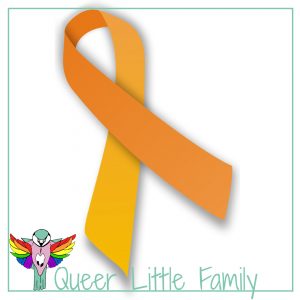 This is pretty important. Everyone wants attention in some way, no one wants to be ignored or forgotten, but I’ve always said, there are much, much easier ways of getting attention. Especially attention for when you’re feeling bad. I could scream and shout and cry (and have done all those things to get attention and get help from mental health services. I’m very good at lying about and hiding my cutting. It’s not a skill I’m proud of by the way, but it is something I had to develop because self-harming is an intensely private thing. I didn’t want to talk about it. Why I did it or what it feels like or if I wanted to do it. I just did it and kept it to myself until it had healed and there were only scars.

6. It’s A Symptom Not A Diagnosis.

No one is diagnosed with self-harm. Although I was diagnosed with para-suicide attempts which was odd. Using self-harm to cope with emotional distress is an indication of other mental health problems. I am diagnosed with Borderline Personality Disorder, Depression, Anxiety and Social Phobia. It’s a nice rainbow if stuff that I am mostly recovered from but self-harm is a symptom of these problems.

For me recovery is an evolving thing that means something different to me every day. Recovery means different things to different people, just like self-harm does. Recovery might mean never cutting again; or in my case, it means only cutting twice in the last six years rather than cutting every day. It is possible to stop self-harming, to recover from mental health problems. It’s not easy but don’t give up hope.

If you self-injure don’t suffer alone. There is help out there if and when you need it. Check out my Mental Health Resource Page for links to websites. Or contact me and talk. I’m always willing to help. 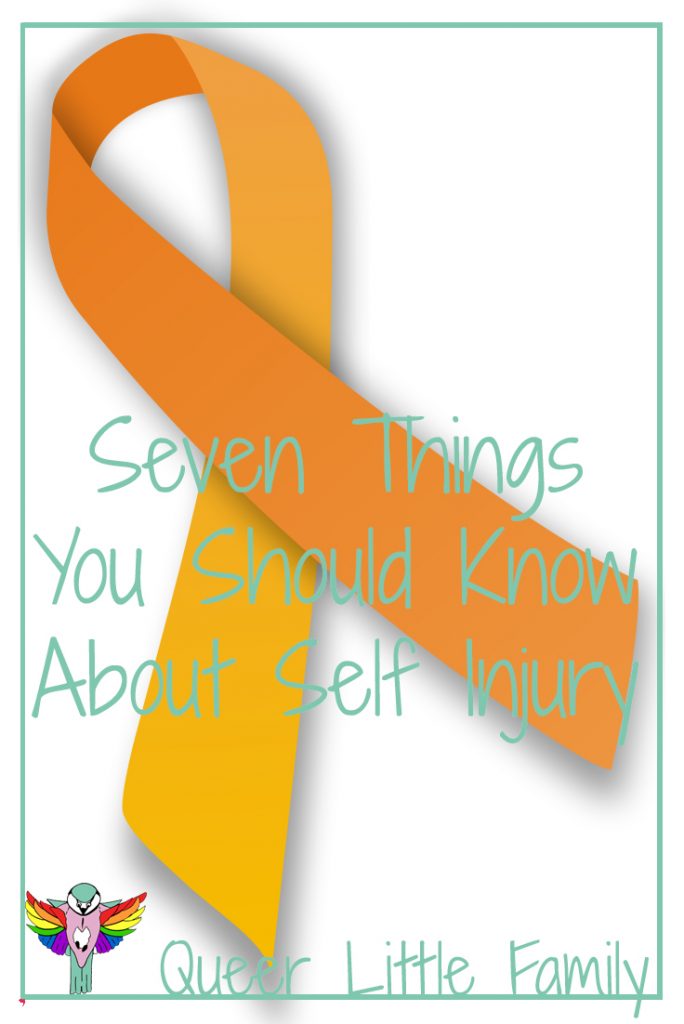 2 Replies to “Seven Things You Should Know About Self Injury”