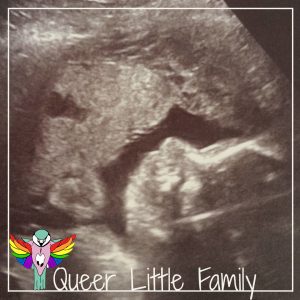 Today was a long day. Before we even got to one pm we’d had a full day. A long day. I think that’s what hospitals do – time doesn’t pass normally and then half the day has gone and you’re left feeling like you’ve not really accomplished anything.

Today we arrived at the hospital at about half eight, saw the midwife, checked bethend’s stats (perfectly normal as always), and went down, then across, then up, and round to the pathology for a glucose tolerance test. They took some blood and gave her a sugary drink. Then we had to go and sit for a bit so we went down the canteen and watched something on her laptop until the scan at half ten.

The glucose tolerance test is to check for gestational diabetes. I’m not overly concerned that she actually has is, and that if she has, anything will be wrong. Everything else has been so mild and normal so far. My sister had gestational diabetes and she was okay – though her blood pressure was high for a long while and she had to stay in the hospital for ages.

My niece was perfectly fine.

The x-ray department was really busy, so I wrote for a little bit and bethend read, but most people were there for x-rays and only a couple for an ultrasound.

The scan was as awesome as ever.

He’s gotten so big, he doesn’t fit into the scan now in one go, you can only see parts of him at a time. They measured him as usual and checked him over as well as checking the sex again. As you can see I’m still referring to him as a boy. It’s more definite now. He’s running out of room too, it was hard to get a picture at first because his face was pressing against bethend’s uterus. She’s put on two kilos since becoming pregnant and all of that is baby I think! The scan was so clear and his heartbeat so strong. Plus you can make out one of his eyes and his nose perfectly in the picture.

Plus you could see him wriggling around in response to the radiographer pressing down on him with the scanner.

I’m starting to get a little impatient now, I want him here already!

Not long. Ten weeks. He’s currently the size of an Echidna. Apparently. 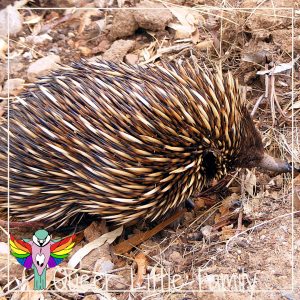 As well, as the blood test and the scan, I managed to fit in my appointment with the physiotherapist for my ankle (I fell out my house and fractured my ankle about two and a half months ago). After the scan bethend had another blood test and then another chat with the consultant.

Snappy’s growth is right in the middle of the chart. Absolutely perfectly normal and average. Wonderfully so. We’ll find out tomorrow the results of the glucose tolerance test, one way or another. We have more scans lined up and the classes about birth and stuff.

The consultant was concerned about my wife’s head injury from last year though. If she needs any help during labour, like an epidural or anaesthesia there may be some concern or some complications. Last year, bethend was hit by a van and was intensive care for a few days, with six broken ribs, a contusion on her spleen and a small bleed on the brain. There have been no long-term consequences, though she was off work for five months. We shall see what happens in the next couple of months.

By the time we got out of the hospital, it was noon and bethend had only had a banana (she ate it as soon as she had that second blood test) since the night before and not even a cup of tea. So we went to the new pizza place in town and stuffed ourselves with the best pizza we’ve had in years.

I really know how to rock my days off!Save

10 Replies to “Third Scan’s The Charm”