I hate the two week wait.

For those of you who aren’t in the TTC community (trying to conceive), the two-week wait is the period between a donation (or similar depending on the method) and a period.

Last year we started the process of having another baby. I spent the better part of six months looking for a donor and finally found one. We had one, had two donations, and bethend had a miscarriage.

I didn’t write about it, didn’t talk about it much outside of me and my wife and a couple of other people. She was only a couple of weeks along, not even long enough for a positive pregnancy test (we tried). It wasn’t a heartbreaking event but it wasn’t just something we were able to move on from without talking about it together and with a couple of friends.

So early on there wasn’t anything to get attached to, just physical symptoms, just cells and hormones. But after a rough year, things were finally coming together (work, donor found, mental health), it was a culmination and something wonderful.

We’ve told more people as time has gone on, just as it’s easier to mention now than it was back in October. I was coming off my medication at the time and not in a great place. My wife was ill for sometime after the miscarriage. We got through it, and even though our donor dropped off the radar we weren’t put off trying again.

So we’ve found another donor (a fucking long process) and had a donation and now we’re just sort of waiting. Except it’s hard to just wait and it’s not just waiting.

The Two Week Wait is well known in the TTC community. It’s the longest two weeks of your life, except maybe the last few weeks of pregnancy when you’re huge and desperate for the baby to be born if only so you can see your feet again.

It doesn’t feel quite like the anticipation of the attempts in September. The TWW last years was a little different, exciting and joyous because we were actually making progress and I was a little over-confident in my wife’s fertility as conceiving Snappy was easy (especially compared to finding a donor).

This time around is a little different. I am not as bouncy as I was last year. I haven’t been bugging my wife as much by asking her how she feels. It’s not excitement but not quite dread. Something undefinable in between. I know if she’s not pregnant, then it’s fine but I know a miscarriage will be harder to take. And harder still than last time.

You’d think already having a toddler, and working full time and dealing with a dip in my mental health and working on several different projects I wouldn’t have time to obsess over it.

But I also don’t sleep well and just lie there thinking about it. And so you’re just counting down days and checking the apps to check when her period is due every couple of days just in case it has magically changed in the last 48 hours.

Analysing every symptom; are you ill or pregnant? Is this nausea or morning sickness?

Do we test right now? Or wait a couple of days after the period is due? Is another two days too much? Can we wait that long? Are the tests even accurate? What if? What if it’s negative and we have to do this all over again next month…

We’ve talked over a few different options we have available to us (IUI, IVF, adoption, me carrying) but this is the way we want to do it. And we want more kids, at least one more, we both have siblings and Snappy has so much love to give. Any kid will be lucky to have him as an older sibling. 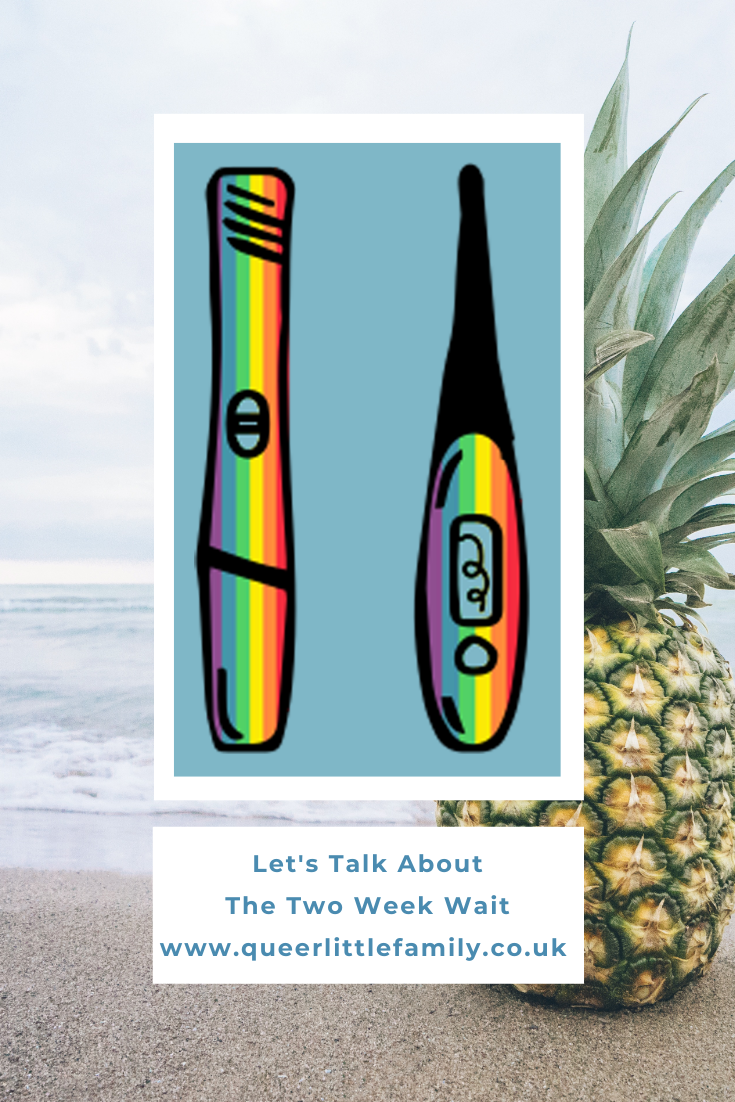