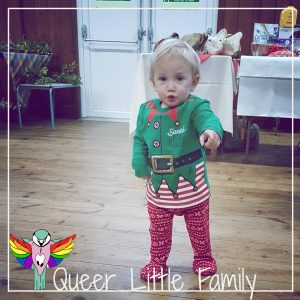 As you know, we do Thanksgiving in style but scale down Christmas. This year we had nearly twenty people over for Thanksgiving; at Christmas, it will just be the three of us. Last year there were four of us as we have my best friend over for Christmas. This year we’re going to Dublin to celebrate Three Kings as I can’t get away from work to travel over Christmas. I work in a pharmacy, we’ve been open on Boxing Day before now.

I didn’t use to like Christmas. I hated it. Then for a while, I was apathetic about it. Now I like, love it even. Mostly the buildup. It’s easier for me now I have bethend and my son. He’s only sixteen months now but next year he’s really gonna be into it. Plus now I’m more involved with the village community and we do the village Xmas fair every year and go to church and I do things at work. It’s a nice time of year for me now.

I still struggle a lot with New Year’s Eve but that’s another post. 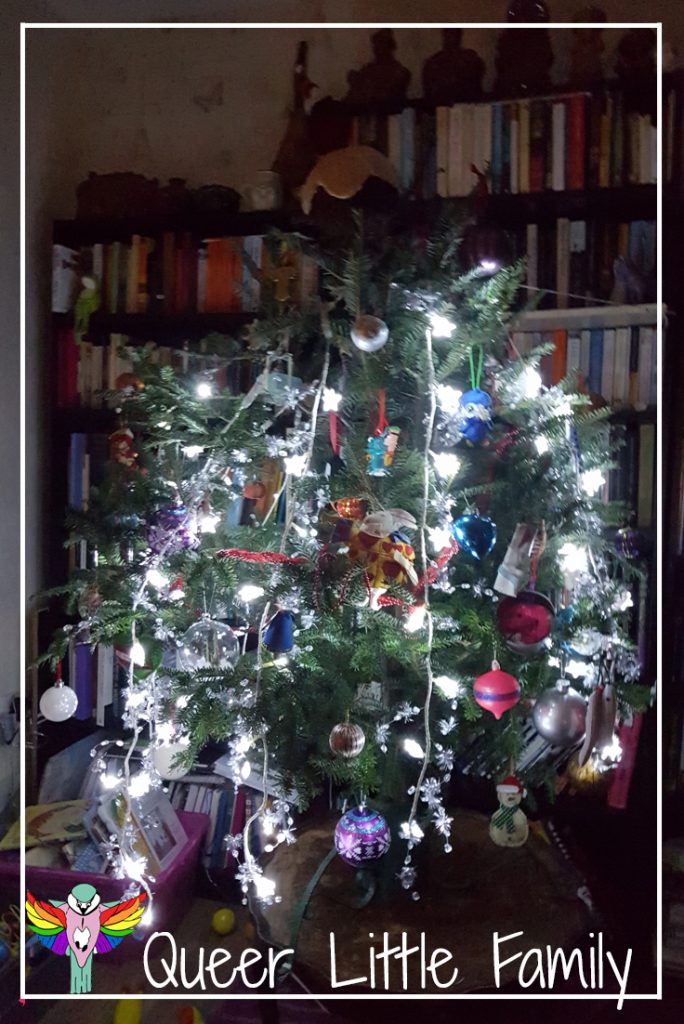 My mum, my sister and I, my sister kids are all from ‘broken homes’. I don’t really like the term broken home much as is indicates that there was something wrong with the way we grew up. It indicates there is something wrong with the way my sister is bringing up my niece and nephew. Just because parents divorce or kids are in single-parent families doesn’t automatically make a home ‘broken’.

It does go some way to explaining how we feel about Christmas though.

When families split up it splits up holidays as well, and sometimes you get separated from your kids at Christmas. We didn’t spend Christmas with our mum for well over a decade. Longer for me, nearly twenty years. It tore my mum up when were kids and now she doesn’t like Christmas at all. She goes out of her way to avoid it some years. My sister always has her son but not always her daughter and that is really hard on her.

So she doesn’t really want to do Christmas every year and doesn’t want to come over to ours either for dinner or to do presents. At first, I found this really annoying, because it’s Christmas, we’re supposed to be a family together.

But we never have been in the past, not like other families. Not like my wife’s family; which is what I was trying to emulate those first years we were together. Why should we start trying to be something we’re not now? I just want her to be happy and I just want to see the kids at Christmas. 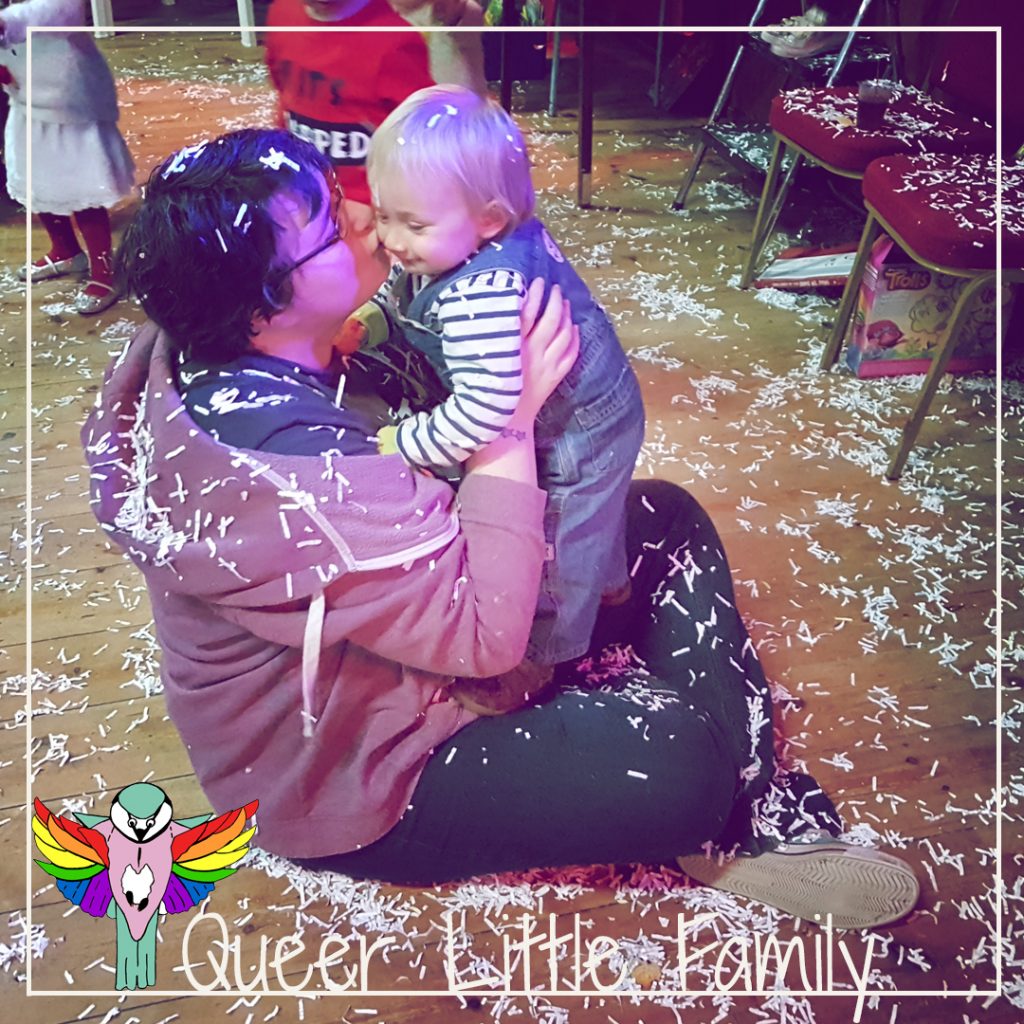 Me and Snappy at the fete

Over the past few years, we’ve managed to come to an agreement that works for all of us. We get together on Christmas Eve and have dinner and swap presents and celebrate Christmas then. Last year was the first year we had dinner properly – at our local pub – and this year we’re repeating it. At my sister’s suggestion too. It’s becoming a tradition and one I want to continue.

This way we get to see my mum and sister and the kids, and then they can do whatever they want on the actual day. And so can we.

I know my wife struggles with the quieter Christmases; she comes from a big family who may not all get along but do at least get-together. I have a large fractured family. In the past, we’ve taken in strays for Christmas, friends and friends of friends who’ve had nowhere else to go or anyone to celebrate with. Perhaps when Snappy is older we will do that again.

I’ve four straight days off this year. Well, three and a half. So we’ll see the family and have a quietish couple of days with Snappy. Go to church, opening presents, eat a lot of cheese.

Life is never really quiet with a toddler. let alone one who shrieks like a pterodactyl.

We will watch out Christmas film and specials playlist over those few days too, I’ll share that with you next time.

What about you? Does your whole family get together or are there just a few of you and your tree?.