So, every year we watch the same Christmas films over and over. And in no way are we bored of it so I wanted to share it with you. There is something for everyone on this list and something to watch every night from now until Christmas if you want.s

I love Home Alone. I have the first two films but I never really bother with the second one even though it’s actually a pretty good sequel. This one is good as long as you make sure your kids know they can’t actually take on burglars with some paint cans.

This Chevvy Chase film will make you feel much better about your own crazy family and chaotic Christmas. Everything that can go wrong does go wrong in this film.

I admit, my wife doesn’t like this one. I love it though. Another Christmas Carol adaption but with a twist. Bill Murray is hilarious as usual but I get that it’s a little loud for bethend and a little violent in places. I watch it every year anyway usually when she’s in the bath.

My favourite Christmas film, John McLain heads to LA to visit his estranged wife and kids for the holidays and kicks ass. A lot of it. This one isn’t for kids (plus it’s rated 18) but for the mummies to watch when the kids are in bed.

You don’t need to have read any Discworld novels to enjoy this adaption of Terry Pratchett’s books. In this, the Hogfather (The Discworld version of Santa) goes missing and death has to fill in while Death’s granddaughter finds out what happened to the Hogfather. It’s not scary but it’s not for little kids either.  It is brilliant though.

This is the first of the Rankin/Bass animations on our list. The tail of Rudolph and an elf who wants to be a dentist. Rankin/Bass made a lot of great films and specials in the 70s that my wife has introduced us too.

In this Rankin/Bass film, Santa is ill takes a Christmas off. And Mrs Claus fills in with the help of the elves Jingle and Jangle but not all goes to plan. It has two of the best songs in They Call Me Snow-Miser/Heat-Miser that we will be singing for weeks afterwards.

The third Rankin/Bass film, a town where Christmas is banned and so are toys and joy. And Kris Kringle sets out to change it. Fred Astaire narrates it and it has Mickey Rooney as Santa Claus.

The only Jack Frost film worth watching and the last Rankin/Bass animation on the list, Jack Frost becomes a human when he falls in love with a young woman and helps a town who are besieged by a ruthless leader called Kubla Kraus the King of the Cossacks who has the best song in the world as well.

Charlie Brown is a classic, you gotta love the Peanuts crew. Even at Christmas though Charlie Brown in unlucky but he gets the message through at the end. And there is Snoopy, you can’t go wrong.

No not the Jim Carey version, the proper version with Boris Karloff. No, really, Boris Karloff plays the narrator and the Grinch in this animated version from the sixties. it’s bright, it’s funny and it’s much better than the recent remake with Carrey. 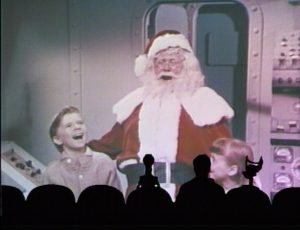 While you could just watch Santa Claus Conquers the Martians on its own you shouldn’t. What you should do is watch the MST3K version with Joel and bots riffing on the film. It’s much more enjoyable that way and really very funny.

These are all the Christmas related ones. We also tend to watch Wallace and Gromit, the Cinderella ballet and a few other things that have come to be associated with Christmas. Let me know what you think and if there is anything we should add to our usual Christmas playlist! 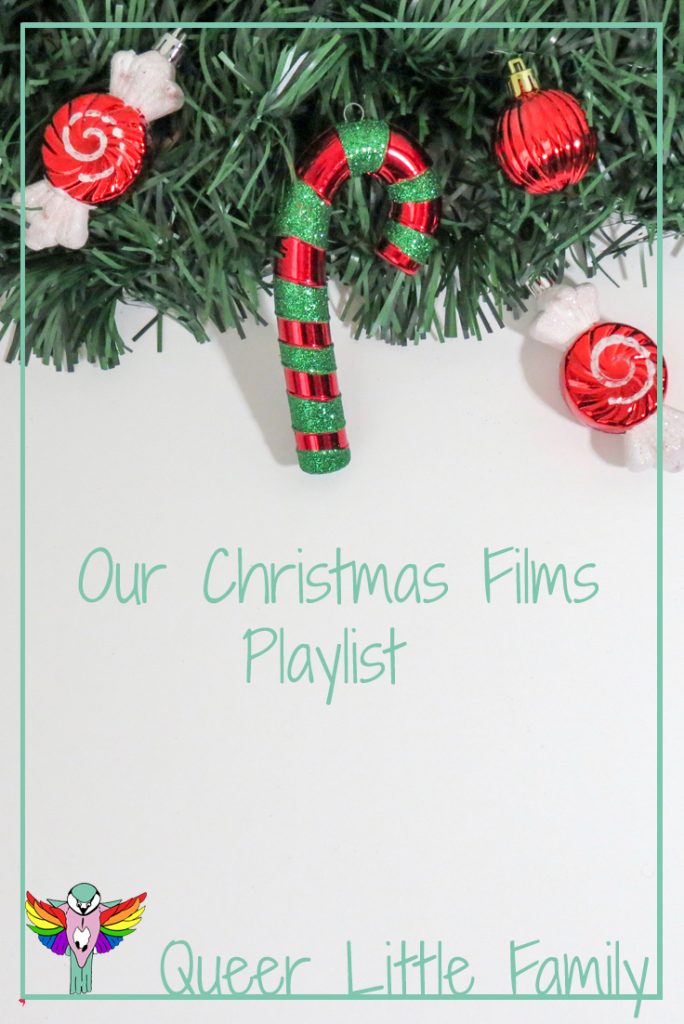 8 Replies to “Our Christmas Films Playlist”