My wife decided she wanted chicks, because the chickens were super broody and keeping all the eggs they were laying. So, like many things in our life, we don’t have a man – so we bought some fertilized eggs off a man and slipped them in with the rest of the eggs. Of the six, five hatched, Clorida and Renfield took to sitting on them, but as soon as they hatched the first thing Ren did was peck the first chick, Feathas, on the head quite hard so we had to throw her out. Clorida has been a great mum though.

So, the chicks have been named Feathas, Lampshade, Destructor, Cat (or Sunflower whenever my niece makes her mind up) and Krem. Odd names but then, my chickens are called Johnette, Stevette, Renfield and Clorida. 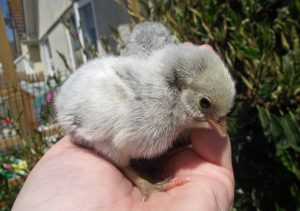 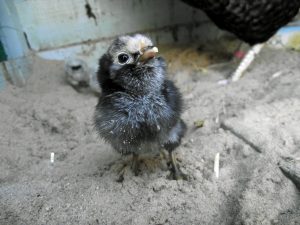 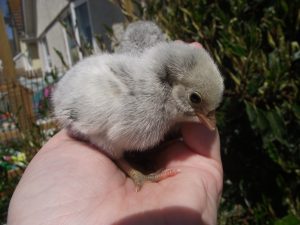 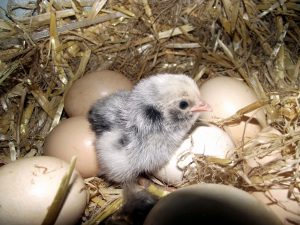 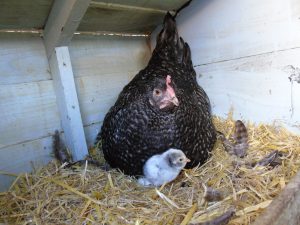 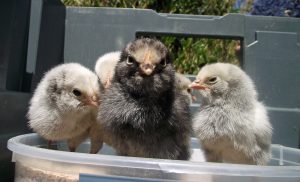