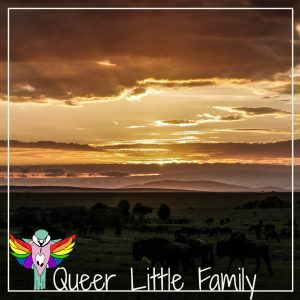 Now more than ever it’s going to be hard to believe that. That the world is actually made up of beautiful things and beautiful people, with some awful, awful things mixed in. Over the last twenty-four hours, four attacks on beautiful people in beautiful places have killed over 300 people. And those are only the people in died in those violent attacks. People die violent deaths every day. Over the past twenty-four hours, even more, people would have died too.

Most people in this world are like me, you are like me, you just want to live your life and pay your bills and be a good person. Even if you have bigger goals, bigger dreams, deep down it all boils down to the same thing. Living your life and being a good person. Hopefully at least. I’m pretty sure all those people in Paris just wanted to enjoy their Friday night. Enjoy some sport, some music, some company. Something beautiful. All those people in Kenya just wanted to learn something, something useful, something fascinating. Something beautiful.

These attacks are terrible and these people are terrible. But they are not making the world a terrible place – okay granted they are trying – but they cannot and will not succeed. I have to believe otherwise, that we as a society, as societies spread out across the world made up of beautiful places we can keep the world beautiful

We can keep our world beautiful, full of good things.

There are few important things when it comes to these attacks that are important to remember.

This isn’t the fault of the refugees.

This tweet by Dan Holloway reminds us of that:-

“To people blaming refugees for attacks in Paris tonight. Do you not realise these are the people the refugees are trying to run away from..?”

Remember that, cause it’s important. And not helping the refugees who are good people like us lucky sods who don’t live in war zones, is not going to stop attacks. Plus, in years to come who knows what will happen. We could find ourselves in the middle of a war, in the same situation, homeless, desperate, afraid. With nowhere to go and no one to turn to. And people are going to look back on how we treated refugees today and could very well leave us to suffer.

The attacks were on people living their lives. Not military targets, not other religious fanatics. Students, sports fans, people sitting together in cafes enjoying the end of the week. Mourners.

These attacks aren’t about religion. 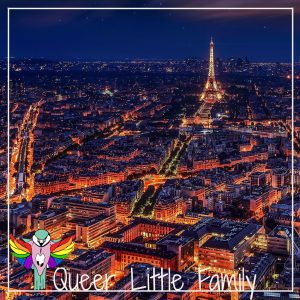 Religion is an excuse. This isn’t about Islam. Is do not represent Muslims, or Islam, or humans. For comparison, Westboro Baptist Church does not represent Christians. I mean, yeah, they all say they practise their religion and even believe in God, but they are not doing what they say. I’m not an expert in religion – I’m agnostic, I skipped most of Religion Education in school, and while I am making up for it by reading a whole lot of books I don’t know everything about Islam or Christianity.

What I do know is that if you are full of hate, hurting people, doing bad things, then you are not practising any religion properly. Jesus was all about love, Mohammed all about community. Neither were about hate and even if they were it doesn’t make it right. And it doesn’t mean that’s why IS have done this, will continue to do this. But religion is just the uniting force for a bunch of people who want the world to be as they want it – as they want to rule it – regardless

We can make this world better. By being good people, doing good things. Even right down to the basic level. Respecting people, loving the people in your life, helping the people around you that need help. Making people happy, keeping people warm, feeding your family well and adopt a cat. Donate clothes, time, money.

Fight back by being a good person. Don’t fight back with hate.

Do not despair, there is always hope. The world is beautiful.

3 Replies to “We Do Not Live In A Terrible World. We Live In A Beautiful World With Terrible Things In It.”