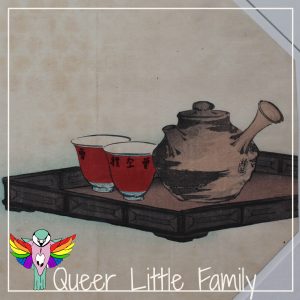 It’s a quarter to one in the morning on the third night of a random bout of insomnia. I’m currently drinking tea, listening to music and…writing this. Insomnia is an odd thing, the way the body stays awake despite the minds desperate need for sleep.

I was more desperate last night, I think I’m acclimating again. That or I’m aware that I don’t have to get up for work tomorrow. I have to get up, but I don’t have work. I take a little comfort in that. Today at work I got shouted at and immediately burst into tears, not professional but very telling of my state of mind.

I don’t know if I feel better now but I’m still awake so I’m guessing the sleeping tablets don’t work any more.

Shame really, they didn’t give me nightmares or weird dreams.

I have a long history with insomnia, from the age of twelve or thirteen I stopped sleeping; getting roughly an hour or two a night. Maybe a little more. Some nights, especially when at my dad’s house, I never slept at all at night but for a few hours in the morning. I never told anyone, I tried explaining to my dad once when he insisted I get out of bed before eleven in the morning. He just told me to go to bed earlier.

I knew that would just mean more time to lie awake in bed thinking and listening to my sister talk to herself and snore.

I started sleeping again, all night when I was about nineteen. Not sure why. For a while I was convinced it was the safety I felt during that time, and as that eroded so did my ability to sleep. I still think that may be the case. I was scared a lot as a teenager.

Most of the fear is gone, worry remains, anxiety, but that bone splintering fear I felt back that has mostly gone (not entirely, I will admit). My insomnia seems to fall into a very specific routine: for two or three days before my period, I struggle to get to sleep, use sleeping tablets for a few days, and then my period starts and I start sleeping again. I sleep well these days, sleep through anything, snoring, cats, roosters…fairground rides outside my window. I sleep anywhere. Bed, sofa, lawn, train station platform at four am.

So this bout of insomnia is a little different. We’re passed the PMS and through that great first week of the cycle where you’re the furthest away from another period, so it’s not that. Nothing is on my mind more than it ever is – you’d think with a baby on the way my anxiety would make itself known a little more but I’m fine. No serious feelings of depression. No serious feelings of anything. Good or bad.

So this bout of insomnia is a little out of the ordinary.

Yesterday I was desperate. I’d already not slept well the night before (it was gone one am again), and I knew how much work I had to do today (I cancelled an appointment at the hospital with the physiotherapist so I could work this morning instead), and when you work in a pharmacy everything requires concentration, accuracy and everything is important.

I have tried all my usual tricks. Starting again (getting up, having a brew, a read and going back to bed). Music (on headphones),  reading fanfiction (back on an MCU kick) and a couple of other things. I tried a whole sleeping tablet (I’ve been taking half) but nothing, still awake, just thinking, listening to music and wondering what the hell I should try next. I know all the tricks, all the advice, I know everything.

It doesn’t change the fact that I can’t sleep.

But I’m okay with that, at least right now I am. Tomorrow night might be different as I have to work Saturday morning, we’ll see.

Right now though? Maybe I do try again, although, trying so hard is usually counterproductive. The only thing I haven’t tried is falling asleep to something on the television that I’ve seen a million times. But it’s hard to watch a crappy film in bed next to your sleeping heavily pregnant wife.

And the cats. Mustn’t forget the cats.