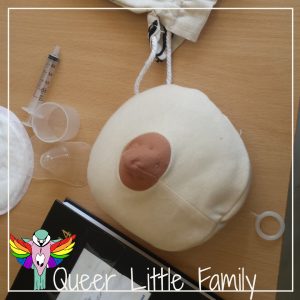 Today we went to our ante-natal classes. There were a couple of classes across the county (which is pretty big) and decided to go for the closest ones because the evening ones would mean we missed the last bus home from Aberystwyth. Also, it meant leaving the house in the evening and I prefer to be at home. I prefer to be at home during the day too but then I’m somewhat anti-social.

The class was from ten to three, with a midwife, who talked about normal births, water births, breastfeeding and washing the baby.

Now I know this seems like this is all information I can get off the internet. Or my mother. But I wanted to go because well, both the internet and my mother are unreliable sources of information. The NHS seems to go with the latest research but of course that changes a lot too. The way my mum cared for me is not the way I will care for Snappy. So we’ll go with it, go with whatever we’ve learnt and whatever works for us.

The session was really interesting though, cause it really solidified some ideas I had about the birth and answered a few questions I was still half forming. There were about a dozen of us, all the pregnant women due in the next few months like bethend.

Something they don’t teach any more, that they used to – and is still something you see on TV – breathing techniques. The NHS was told, and I quote, “Women know how to breathe.” Which I can’t fault them on, women do know how to breathe. They did talk about different positions for giving birth, the different painkillers and birthing plans.

We don’t really have a birthing plan. 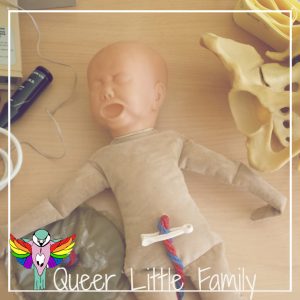 Well, our plan is to turn up and see how it goes. Wing it basically. We spoke about it on the way home for a little bit, and again later that night in bed. I personally didn’t like the sound of an epidural, because I don’t like the idea of not being able to move parts of my own body. Plus the drugs they use are so strong. Bethend isn’t too keen either, but she thinks if she needs it she’ll take it but there could be a risk due to her head injury from last year, and then we realised gas and air might a problem because of her asthma. It’s all up to her of course, I will be there regardless, and support whatever choice she makes.

The midwife talked about that, the role of the birth partner during labour which was mostly what I expected. Support. Comfort. Someone to fetch drinks and snacks.

Someone to wrangle new grandparents – I see this being a big part of my role.

I will talk more about that later.

There was talk about the placenta, apparently, the NHS used to sell them to skin care companies. Ten pence a placenta and they were turned into face cream. This was in the early eighties though, before the Aids scare and now they just burn them unless you want to talk them home. Apparently, she needed to tell us to freeze it because people tend to forget they rot. People bury them, plant trees on them, all sorts she says.

I’m pretty sure they’re free to burn ours.

After all this (four hours by the way), which included fake knitted boobs and the scariest doll I’ve ever seen (including my neighbours baby Annabelle doll) I don’t know if I feel any more ready. Ready for labour I suppose and know I know exactly how to wash this baby. Everything else though, not really. But then is anyone ready. Physically I’m ready, but not emotionally but I feel confident on and off that we can do this.

Either way, we are doing this. 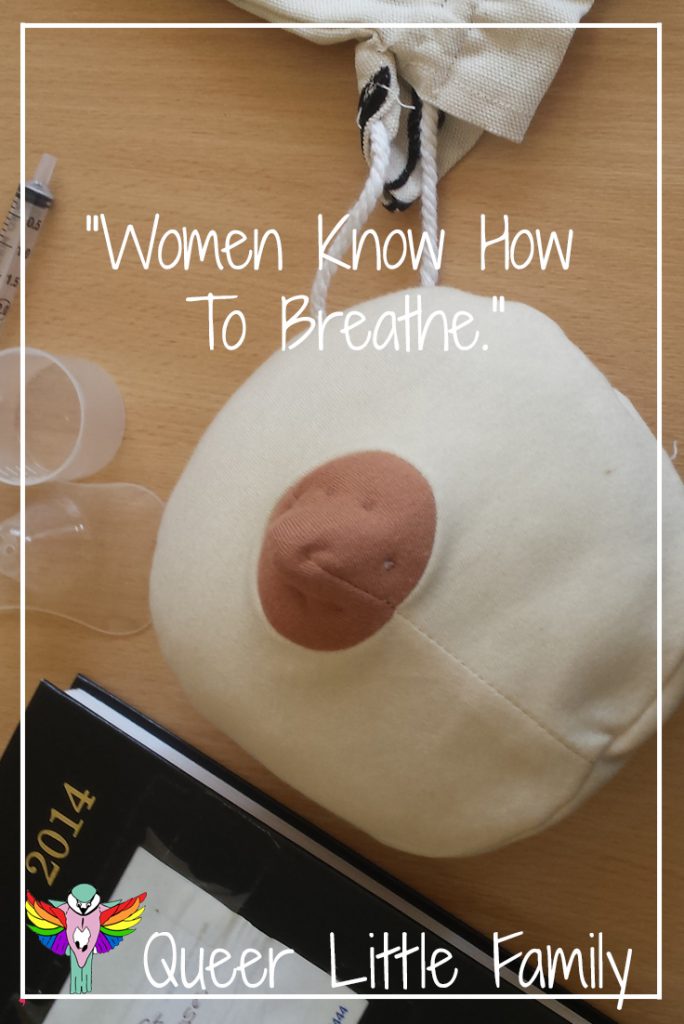