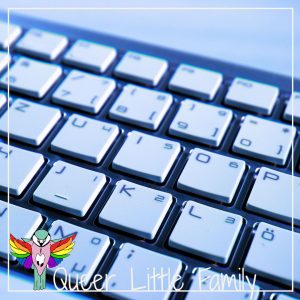 I write a ton of fanfiction. I’ve probably written more fanfiction than I have of anything else. I’ve been writing fanfiction since I was 15. I will always write fanfiction. I am not ashamed of any of this.

And I shouldn’t be.

My reasons for writing fanfiction are my own, yes, but I will lay them out of you anyway, cause I’m awesome like that. I read an interesting blog on Worship The Fandom, about how the #askELJAMES twitter fiasco showed that people still think of fanfiction as inferior, rubbish, not real writing or literature, and so on and so. You know what I say to that?

It’s Harder Than You Think.

Have you tried writing fanfiction? It’s actually harder than you might think to be a good fanfic writer. Fanfic writing is the same as any writing. It’s really easy to be a bad writer, regardless of the genre or even the medium. It’s hard to be good at fanfiction. The rewards (comments, reviews, kudos) are instantaneous, but so are the criticisms and flames. And the hardest bit about writing fanfic is writing characters that aren’t your own. Take it from someone who’s done both.

It’s easier perhaps, to write your own character convincingly, because you know that character, you created it and you know how they will react because you decide how they will react, you have decided every facet of their character from whether they like to cheese on their burgers to how they will get if the cat decides to steal the cheese after their wife forgets to put it back in the fridge after dinner the night before (this may have happened last night but isn’t related). 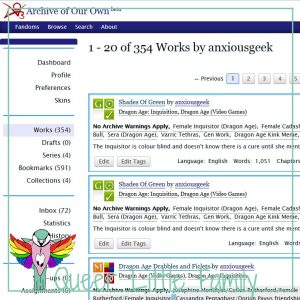 ough, she probably would be more interested in where the hell the cat came from cause she gave her away to an alien in Season one).

Dialogue is tricky too cause you can decide how your character talks and pick an accent and speech pattern from the start and run with it. But everything about the character has already been decided for you and you have to work with that. Anything else is out of character and frankly a bit shit.

Fanfiction can be a difficult as any other sort of writing because of these restraints already put on you as a writer. What makes it a bit easier is that the world building is already done for you, the characters are already created, so you have a bit of a leg up. All you need to do is write whatever you want to write and write the characters properly.

The Differences Between Fanfiction and Editing

Like any aspect of writing, fanfiction is under your control. You can decide to take it seriously, put work into it, write over 100,000 words with perfect grammar or 500 words of sex with typos and bad spelling. Or visa versa. Original work is not perfect and is not immune to typos, bad spelling and grammar issues. Original published work comes with editing though, and editors weed out the problems like that and weed out the issues with plot and characters and world building. That’s what they’re there for but that doesn’t mean authors are infallible it just means they get their work corrected before it gets read.

That’s the big difference between fanfiction and original published work. That line of editing. Most fanfiction isn’t edited or beta read. The ones that are done by friends, online and offline, who do it as a favour, or cause they want to.

Bad writing is the same regardless of the genre and medium. If you don’t put any effort in, you shouldn’t get anything out of it, but with everything in life that isn’t strictly true. Such as bad journalism is read and watched by people who don’t realise it’s bad journalism,  bad fanfiction is read by people who don’t always realise it’s badly written. I always skip the badly written stuff, no matter how hot it promises to be because I can’t read it. I know what good writing it – I have read enough news, books and fanfiction over the years to recognise it. I have been taught to recognise it too. In school, at home…I’m lucky like that.

But like the bad journalism, and the awful books you hate, like Twilight and 50 Shades of Grey, people will read it and enjoy it and nothing will dissuade them from. Even if it’s badly written and an advocate of abusive relationships. That’s okay though, we have a tendency to group together with like-minded people (in my case people who write fanfiction well and rally against 50 Shades for reasons that have nothing to do with it being crap fanfiction in disguise). 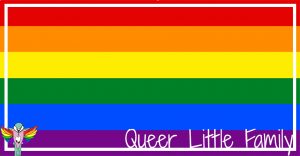 Yes, there are a lot of problems with EL James work that actually has nothing to do with it being fanfiction and everything to do with it being badly written. That should be the focus, not the genre or form of the work. And hopefully, most people see it that way and the people that think themselves above fanfic writers, because they write ‘real’ fiction are few and far between and actually sad people. I believe in freedom of choice. Anyone who derides your choice to read or write fanfiction is encroaching on your freedoms. I am happy for you to read 50 Shades of Grey. I’m not going to stop you. I just want you to be aware of a few things too.

In this, we come out the bigger people, we the many, the geeky, the fanfic writers. We come out the better people. We don’t delude ourselves into thinking we are better than anyone. Mostly we just want to write our favourite characters doing stuff the TV shows won’t show us. Usually LGBT relationships and sex.

Fanfiction has its problems, I’m not denying that – though a lot of those problems are within the individual fandoms and are pandemic to pretty much every facet of life – that problem being people are jerks. A lot of these problems can be found within any medium, within any community of fans. Within any group of people. People are jerks. Not all of them, but enough of them.

It’s up to you though.

Next time I’ll talk about why I write fanfiction, why I read it, and why that will never change.