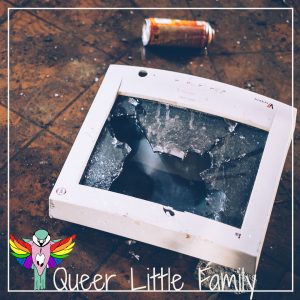 I’m trying to reconcile this feeling I have where I need to work because the government won’t support me and being at home all the time is no good for my mental health (or physical health probably) but working isn’t exactly conducive to my illnesses either. Most places of work have strict policies in place when it comes to sick leave and none of them are actually any good if you have any long-term illnesses.

I have a couple. Mental and physical. I am also still working on getting my immune system back up to scratch. Last winter I lost my voice three times alone.

I’ve missed a few days of work. Too many and I got in trouble and I would’ve been okay if it had just been those times I lost my voice but I also suffer from anxiety and depression – diagnosed and crippling. And I suffer from semi-regular bouts of Dysmenorrhea. Not every month, but most months and it’s getting worse or something else is happening that’s affecting my stomach. Three times now I’ve fainted after being in pain, dizzy and sick (to the point of throwing up but I’ve often thrown up). After a while, it goes from being a bad period to being a serious problem that I’m still trying to figure out with my doctor. Oh and occasionally I get migraines – maybe every few months.

None of this really meshes with a working lifestyle because even if I am never sick because of the anxiety and depression (which is actually quite rare) and am only sick during every other period (which is becoming the norm, unfortunately), this is still too many sick days or absences.

I don’t want to be sick. I don’t stay home when I should be at work. I want to work, actually. But I don’t want to lose my job because I have some chronic health problems.

I don’t really know what to do about it cause it’s gonna be really hard to change the way companies deal with chronic illness and unless the government change the way they deal with ESA and other benefits – and I can handle being at home more often – I can’t just not work. I make very little money as it is (it’s minimum wage remember not living wage) and if I want a family (and I really, really do) then I can’t just not work.

I don’t know. Is it just me? Sometimes it feels like I’m making something out of nothing, but then I feel bad because I can’t work because I passed out on a bus from period pain. 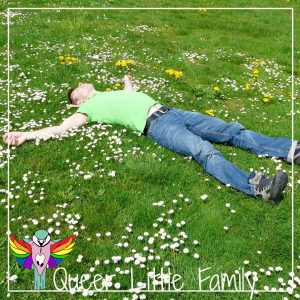 On top of this, there is the fact that sometimes I physically cannot work.

I pushed myself too hard last week. Worked six days, but not full days, actually, when I added it up it came to 35 hours. Not even full-time. I still spent most of Sunday asleep (slept in til 12, had a three-hour nap later on) and watched rugby. I still woke up at 8 am Monday morning feeling physically sick at the idea of going to work and got up at half eleven still feeling like I could sleep for another day. I turned down overtime tomorrow because I just can’t guarantee I’ll be able to get up – either because of the anxiety, the depression, both, the period pain or all three. Not turning up for overtime is the same as not turning for regularly scheduled work.

I know people do. My wife. My mother. My friends. But at the same time, I feel like can’t keep up with their expectations or the expectations of my boss.

I pushed myself too hard last week and now I’m paying for it and I feel like I should be able to work a 35 hour week, like everyone else who works full-time. Like the people, I work with.

I need to work full time so I can afford to actually live a decent life. So I can afford to take care of kids, so my wife can get her British driving license. So I don’t have to scrounge for money when something goes wrong, or the next time I have to pay the government an extortionate amount of money to keep my wife in the country.

I used to work full-time.

I used to work full-time and have worse mental health problems and a worse immune system. By the time I left my job, I was working for six months stretches and then taking up to six weeks off sick. I was also overdosing and generally abusing my medication, self-harming most days at work and was completely miserable.

Now I’m happy but I’m still struggling with this aspect of my life. A work balance that won’t make me sick but will pay my bills.

Though I suppose most people are.

I’m not saying I’m special, or that I suffer more than anyone else in my situation but today, today I am struggling with this.