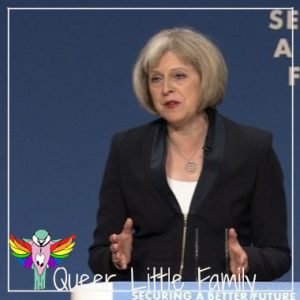 I realised something today – the only people who think that we can’t have a cohesive society with mass immigration are politicians, the media and racists. The rest of us normal people, living our lives and (trying to) pay our bills and eat our dinners and pets our cats don’t even notice anything is supposed to be wrong.

Immigration may or may not be high at the moment, may or may not be higher right now than it’s ever been but it’s not the first time there have been large numbers of immigrants or refugees moving to the country for a better life, to escape poverty or war or both, to escape brutal regimes or because their home countries have laws against basic human rights.

I grew up in Coventry before I moved to Wales. I lived in Leicester for almost eight years. I’ve lived in cities where immigration is massive and there are a lot of refugees. I lived in areas that have been full of Somalians refugees, then full of Polish immigrants. Worked with English, Scottish, Polish, Portuguese, Romanians, Czechs, Nigerians, South Africans, Indians, Pakistanis, Bangladeshi, and a guy called Mohammed from Kazakhstan. I’ve worked with Christians, Catholics, Protestants, Muslims, atheists, agnostics, a Buddhist, a couple of Jews and a lot of people whose idea of religion was having a christening because it was another excuse for a party.

Unless you’re racist or a member of the right-wing media or a politician, immigration isn’t a thing. People come into the country, people leave the country. Most people that come here, come to work. Most Brits that go to abroad go to retire.

We need people in the country to work in the NHS, over and over we recruit more people into the NHS from outside of Britain. We’re running on immigrant doctors and nurses. If we forced all these hard-working““ people out of the country the entire health care system would crumble and it’s already struggling.

People who think immigrants are taking their jobs usually can’t get jobs because of a lack of education or experience of their own making, or the Governments making. Immigrants become an easy target for people who don’t want to face the truth or don’t want to take the blame. Theresa May doesn’t want the Conservative government to be responsible for the worsening poverty in the country so she deflects the blame onto easy targets. 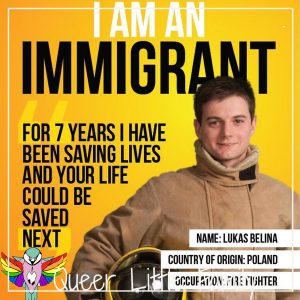 It’s not as simple as that.

And making it sound like we can’t have a stable society with large numbers of immigrants makes us forget that it’s the politicians that are tearing us apart, right from the heart of the country before we even get up and come into contact with any of these pesky immigrants.

We are socially cohesive, else how the hell would we be functioning as one, day in, day out. It’s not perfect, but it mostly works. We sleep, we eat, we work and play video games. My problems have little to do with immigration. Not here in Wales, not when I was living in Leicester, not when I was a kid in Coventry.

There will always be immigration, people want better lives, people, human beings deserve better lives – we shouldn’t lambast them for such a basic desire. And if we don’t want any one to come into the country, then we shouldn’t let anyone leave either – if it’s not fair that other countries are subjected to people from our crappy country trying to make better lives for themselves in those nice sunny European countries.

I don’t know what society Theresa May lives in. We are as cohesive as we’re ever going to be – it would probably be more cohesive without crap like this.