So in a couple of weeks, we’re heading to America for ten days. I’ve been before, four years ago, with just my wife. This time we’re taking our son and our nephew. This has prompted much conversation in our household about food because last time the salt content of some (most) of the food made me really ill. Also, there is a lot of food they just don’t have in the US and even though I’ve been before, I keep asking my (patient) wife the following: “Do they have so-and-so in America?”

When the answer is no, my reply is usually, what the hell is wrong with you people?

So here it is; a list of food they do not have in the US that they really should have. 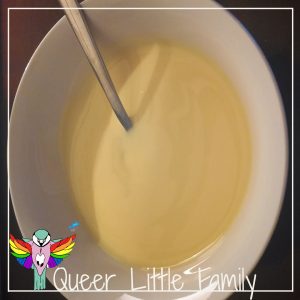 I’ve written about this before and of everything on the list this is the one that actually upsets me. They don’t have custard in America. What the hell are their children eating for pudding? What are they putting on their puddings? nothing? cream? Barbarians. I’m pretty sure my diet as a kid was about 80% custard. If I wasn’t married to a sensible American woman I’m pretty sure my diet would still be mostly custard.

I love custard. And I think the US is really missing out on something amazing. It goes with everything.

All I know is that I can eat a whole pack of them with just butter on and another pack with honey on.

My son likes them too, he really loves them but there is a lot of other bread products he likes to so he’ll be fine in the US.

I have no idea how you manage to live an entire life without either of these. I mean, what are you making syrup puddings or treacle tarts with? What are you putting on your pancakes? What the devil is maple syrup and why bother when Golden syrup is so damn good.

As a kid when I needed a sugar fix I would have a spoon of Golden syrup from my mum’s baking cupboard. She always knew of course, I wasn’t a particularly stealthy kid. She once told me she found bite marks in the lard but that’s another story.

I can’t imagine a life without yorkie puds. They go with every Sunday roast. It’s not Sunday dinner without them. Bethend is great at them and for a while made them in mugs which was cool. We have them a lot and my son loves them – he’s a proper Brit. My stepdad eats them with sugar and butter and I’m not sure if this is a generational thing, a Welsh thing or if my stepdad is completely nuts (very possibly, he used to super glue his teeth back in). We always had to leave a few for him to have at supper or the next day.

They never last that long in this house.

Bethend says they have beans but they’re not really a thing. Especially no Heit baked beans. Which in my opinion are the only beans worth eating. Any other brand of baked beans are garbage. Beans are good for every meal, and go with pretty much most foods. I’m pretty sure that the realist of my childhood was actually 90% beans and not custard. Which isn’t necessarily a bad thing I suppose.

Americans think chips are crisps. And fries are chips. None of this is right but more importantly, there are no chip shop chips in America. Think, greasy and made with some sort of magic chip shop oil that cannot be replicated at home (despite my best efforts). Also only at chip shops can you get that curry sauce to go with it that has never even seen a curry let alone be made of one. Also, mushy peas that may or may not be made of peas at any given time and are horrible (my personal opinion). 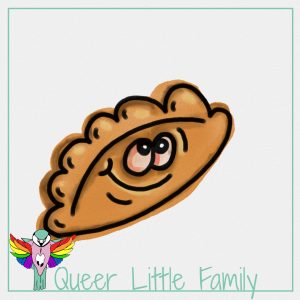 For some reason they have never cottoned on the idea of meat inside pastry. They have calzones and strombolis but that’s not quite the same. Plus you can’t down a calzone in the five minutes before you start the afternoon shift at work and you’ve not had lunch (or breakfast). Nor can you buy four strombolis for a quid. Imagine a world with no chicken tikka pasties, no bean and sausage pasties, not sausage rolls in various sizes.

I don’t actually like salad cream but as with brown sauce, it’s pretty much a standard over here. I pretty much spent most of my childhood going ‘no salad cream please’ until mayonnaise got popular. Brown sauce is great on your sausage bap and is definitely the most British of sauces. It’s also a good sauce for most meals.

How do you have any kind of cheese sandwich in a country with no Branston pickle? They have pickles but not pickle. They don’t really do chutneys either. So I don’t know what’s going on. What is everyone doing with their empty jam jars? Throwing them out? What madness is this? Get yourself some pickle America and make your sandwiches great again. You will not regret the discovery of a ploughmans lunch. 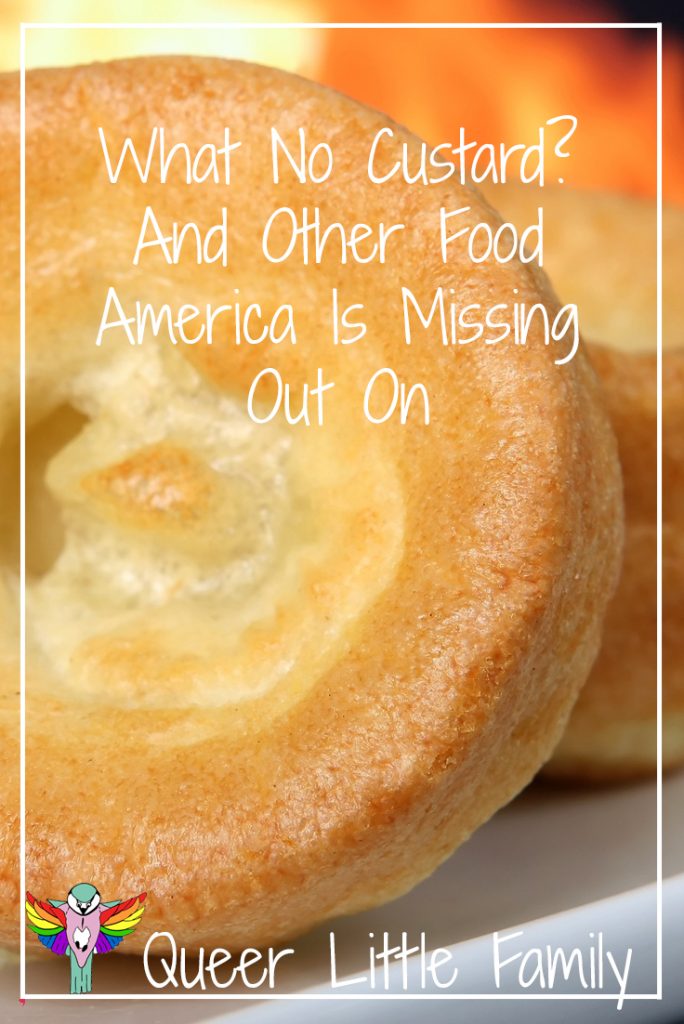 7 Replies to “What No Custard? And Other Food America Is Missing Out On”