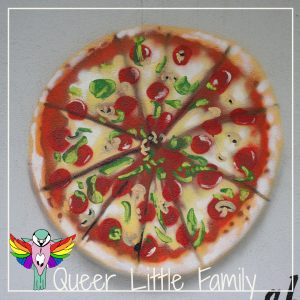 As previously and briefly mentioned recently, I was a vegetarian as a teenager. While is pretty typical for a teenager – trying something out, loving animals, lots of friends and a sister who’s a vegetarian, was inevitable some would say, that I would do the same.

Well, yeah, duh, it meant I didn’t have to eat meat.

I actually couldn’t give a stuff about animals. I mean, in terms of eating them. Especially cows. I really don’t like cows, and didn’t as a teenager. When I used to wait for the bus to school they would appear in the field behind me silently like they had transported there, push up against the gate with their snotty noses and stare at me. Freaked me out then, freaks me out then. I’m still not entirely convinced cows can’t transport across fields. I wrote a poem about them a few years ago called Cows Were Meant To Be Eaten. And to be honest, even if they weren’t, there’s little else for us to do with them now. They need to be milked, they need to be fed, we’ve domesticated them well past the point of return. 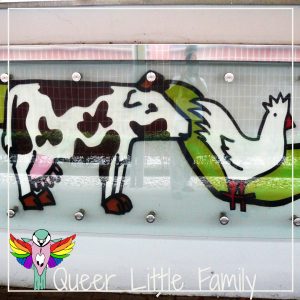 So, while yes, I love animals, and own a lot of them (and owned a lot of them when I was a kid) I became a vegetarian because I realised what a great excuse it was to stop eating meat. Because as much as I liked eating it, I was and still am incredibly fussy. And now just about meat either but a few different foods that have very little to do with taste.

I don’t like bits in my yoghurt, I can’t eat oranges because it takes too long to get all the white bits of rind off (and it HAS to come off) and it’s just not worth it. I can’t eat bacon sandwiches or have most meat in sandwiches because I need to see what I’m eating and remove all the fat. I cannot eat fat. I hate seeing veins or anything weird in chicken. I can only eat breast meat unless it’s in a soup or a curry. I mostly eat burgers or veggie options when I’m out because I can trust those things not to be gross or weird.

The thing is, when I was a kid, my mum wasn’t having any of it and I had to eat everything. And there wasn’t always a small dog around to feed things too (though often there was). My mum was very much of the “There are children starving in Africa,” school of getting your child to eat something and rode on those coattails my entire childhood. So that fact that I found the chicken a bit weird or didn’t actually like lamb in any form (just don’t like the taste, mutton is better) wasn’t going to cut it. I can understand why, looking back and knowing what I do about her own childhood but as a teenager, I wasn’t convinced by the starving kids in Africa argument because I had eaten most of my dinner and I was missing the Simpsons.

So giving up meat just put an end to that struggle. Okay, so no more burgers and no more pepperoni on my pizzas but also no more fat, no more dark meat, no more gross stuff.

I started eating meat again one Christmas when I was 21 or 22. Once you get into the swing of not eating meat it’s pretty easy and I just went with it for years. My sister had already started eating meat at this point. When she was pregnant with my nephew she had a pepperoni pizza. She tells everyone it was cravings but mostly she just wanted the bloody pizza. That year I really liked the look of turkey and decided to have some, and there was no one to tell me to eat it all or eat the gross bit or the fat or anything. Just me and my ex, wh didn’t care one way or the other what I did or didn’t eat. I realised then I could at what I want.

Be as fussy as I want.

I like being a fussy eater. It can be hard work, but mostly it just means I enjoy my meals instead of every dinnertime becoming a damn chore. I just happily cut away what I don’t like or think is weird and give it to my wife. She’s very tolerant of this because I have enough eating issues to fill a book – including the fact that I can only use what I consider normal forks.

Being an adult is great. No weird meat and all the normal forks I could ever want.

Who the hell wants to be a kid again? I ate ice cream for breakfast a couple of weeks ago. 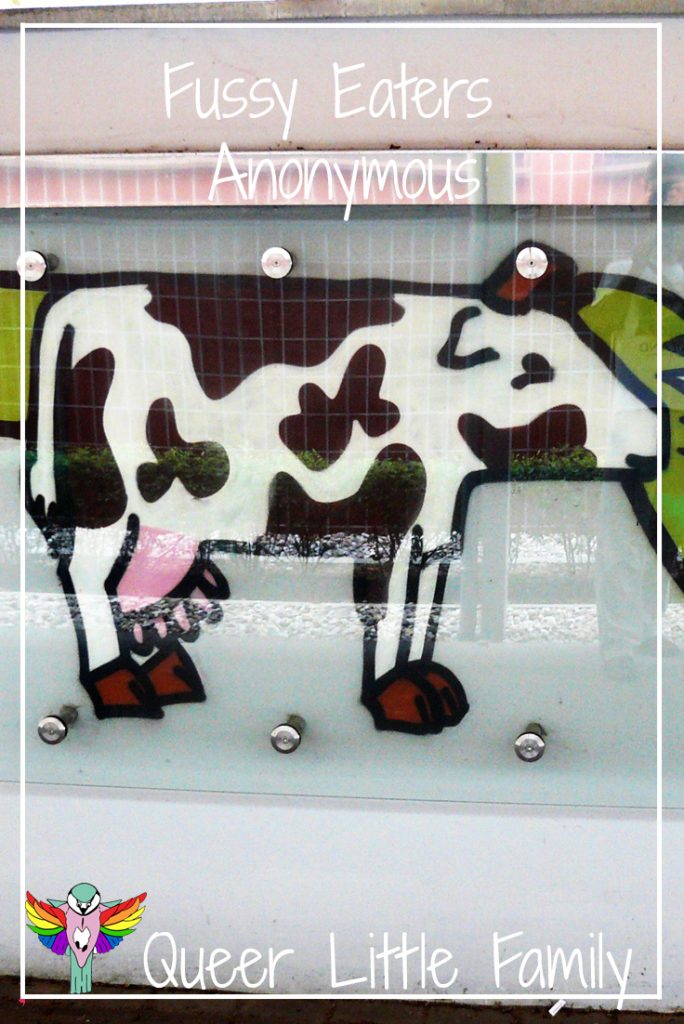