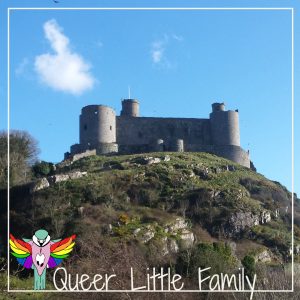 So bethend turned thirty this weekend and like everything, took it with more grace than my sister took turning thirty last year. She turned thirty and that was it. No big drama, no doom or gloom, just her birthday and a few mentions of it being a big one. The thing is, some people are born old – my colleague said this about someone we know recently, and while I don’t necessarily think we were born old per se, but definitely older. We’re pretty boring too, we don’t go out, we’re not social butterflies, we like being together, quiet things. We don’t drink, don’t go out on Friday night (Friday night is bath night) or anything like that. We just like being together – sometimes with the kids, sometimes with the neighbours, but mostly just with the cats.

So for her birthday she wanted to go to Bwlch Nant Yr Arian to see the Red Kites being fed. Which is awesome but we’ve done it before a few times and you can’t really get there by bus. So I decided on a whim the Monday before that we needed to go somewhere different, somewhere new. Somewhere we could get to by public transport.

I chose Harlech for a few reasons. We can get there on the train, it didn’t cost too much, we hadn’t been there before and there’s a castle.

The train ride itself was really nice, it runs with the coast up from Machynlleth up to Pwllheli, and is beautiful. I moved seats so I could watch it all go by – bethend fell to sleep for a little bit but then Snappy isn’t letting her sleep in much recently so she gets up with the chickens. I love trains, I almost fell asleep too because they’re so comforting; soothing. I usually fall asleep on the train to Birmingham or back – but that’s okay cause, well, I’m getting off at the last stop either way. I had to stay awake on Saturday because if I fell asleep we could’ve ended up much further north than we intended.

Seated Upon The Rock Of Harlech Overlooking The Sea 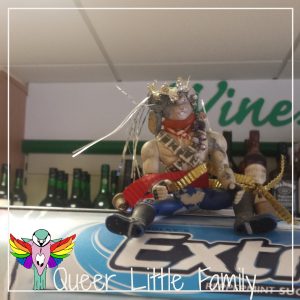 Harlech is a really small town and most of it is at the top of a steep hill, behind the castle. Which wasn’t entirely clear at first and well, that is a hell of a hill to climb when you’re five months pregnant and have asthma or you have an ankle injury and have mild asthma.

We go to the top and searched for a place to eat first, passing a few shops that looks awesome, found a little cafe on the square called Llew Glas and both had a Ploughmans and some tea and discussed how a Ploughmans lunch would probably confuse the hell out of my wife’s American parents while playing with some plushy vegetables.  It was all really nice, though the toilet seat was very glittery for something you put your bum on.

We found the post office to take some cash out and found a Biker Mouse From Mars sitting on top of the chewing gum (remember that?) We went into a couple of shops, including one called Paraphernalia – and was just a lot of stuff. And somewhat dangerous. A woman came in after us with a little girl, told her to be careful before saying, no, just go back outside. Good idea, cause even bethend knocked something over (but didn’t break anything). We found this cool wooden little coffee machine that you can put beads in. We went into another antique and book shop and bethend bought a book, before finally heading down the castle.

The castle was awesome. Not a lot of Welsh castles are in tact, or even standing. Most are ruins – bits of walls and towers – like Aberystwyth. I think Harlech’s remote location meant it was left alone and it’s remarkably well preserved. There was a lot of information dotted about the place, thought bethend has a master in both Welsh medieval literature and studied Welsh medieval history. We also concluded that the castle stood on the rock of Harlech as mentioned at the beginning of the second branch of the Mabinogian (ancient Welsh tales). I mean it’s a big rock cliff, with a castle on it, you can see everything heading your way – from land or sea. 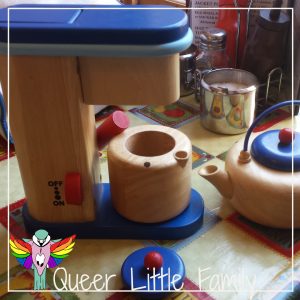 After climbing the precarious towers (again, difficult pregnant and injured), walked around the battlements and just enjoyed the view (and fed the rooks nesting all over the castle). It was lovely and we bought a little knight and a court jester to stick on the fridge. We then went to find this ice cream place I had read about online and was supposed to be really good.

Definitely lived up to the hype and I know ice cream. Bethend had fig and honey and I had chocolate – though I regret not having the Harlech sunset but that chocolate ice cream was amazing. The fig and honey was pretty yummy too. We talked about how we hadn’t done anything like this for a while, gone out, done things and how important that was for both us, especially with a baby on the way. It’s very easy for me to squirrel myself away, easier in the winter but it’s not good for my mental health. This trip was good for us both.

After ice cream we had more tea, then went to a pub for a lemonade and read (and I wrote) while we waited for the train home. We both stayed awake on the way home, looking over the mountains this time and spotting rabbits and other things on the way, talking about the differences in the countryside between Gwynedd and Ceredigion, and reading and thinking and just enjoying the journey home.

As least until we changed trains and were joined by a lot of already quite drunk people.

Anyway, we got home around 9pm – a very long day – and had dinner and went to bed.

We’ll have to go back – with Snappy in tow and a working camera. 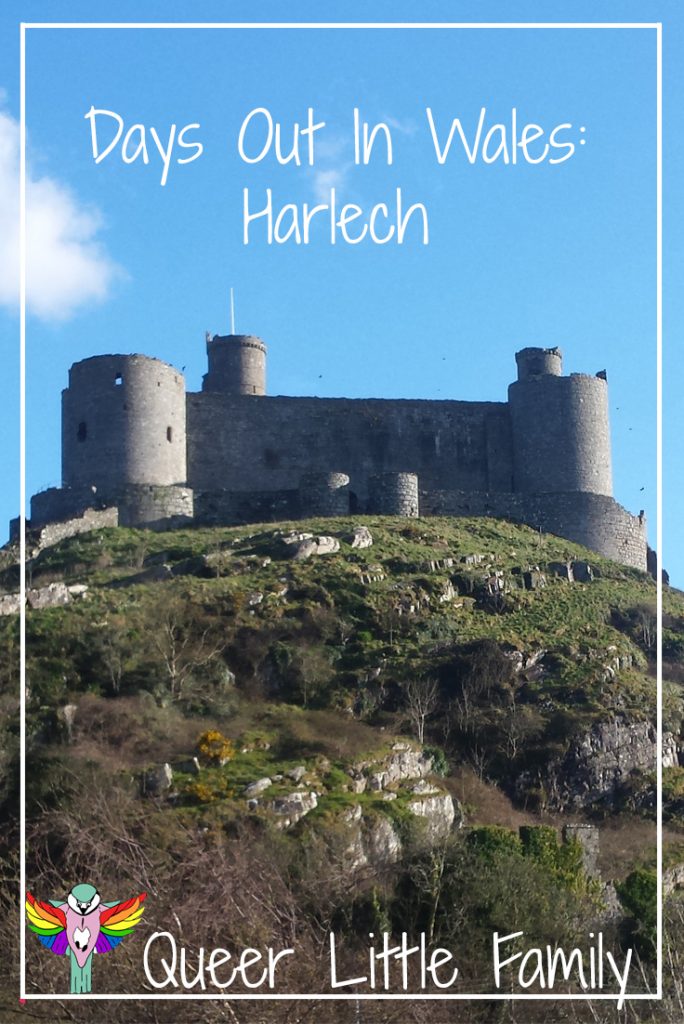 “Bendigeid Vran, the song of Llyr, was the crowned king of this island, and he was exalted from the crown of London. And one afternoon he was at Harlech in Ardudwy, at his Court, and he sat upon the rock of Harlech, looking over the sea.

24 Replies to “Days Out In Wales: Harlech”