There is nothing wrong with the picture.

Everything That Is Wrong Is In The Caption.

“I bet most guys can’t tell what’s wrong with this picture.” 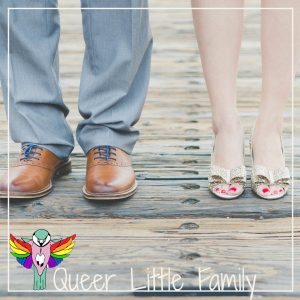 The obvious fact here is that this woman is a grown woman and walk wherever the hell she wants. She’s not a child, not elderly, not likely to randomly collapse or fall into the road. If a car jumped the kerb it wouldn’t matter what side of the pavement the woman was standing on. Neither person is likely to get out of the way in time.

The problem I have with this is the idea of gentlemanly conduct. What people see as something a gentleman would do, should be basic manners that all genders perform.

When my wife was injured last year and pregnant earlier in the year, I would insist she walked on the inside of the pavement away from the road. Not because I’m a gentleman but because I knew she was at risk of falling or collapsing. Her risk was greater than mine and the loss greater too. This is just sensible. When we were kids my dad always insisted we walked on this inside away from the road, for years. Because we were kids, more likely to trip over our own growing legs and feet, or suddenly run off. These are sensible reasons for someone to walk on the inside of the road. Everything else is pretty much a matter or choice.

I don’t know how many times I have to say that.

I will open the door for anyone who is about to come through. Help anyone with their bags, their seats, their jackets. My wife and I pay for each other. I hate having dinner or dates paid for me unless I know there will be the opportunity to do the same. It’s just in my nature.

I wish it was in everyone else’s too. 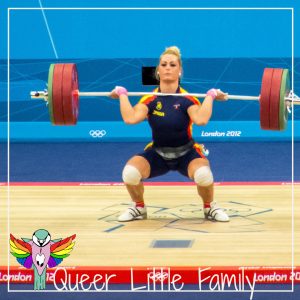 One thing that really bugs me is heavy lifting.

I am pretty strong. My wife is even stronger. We can manage most things fine (assuming we’re not injured or pregnant) at the time. But we’re considered the weaker sex.  There are stronger women than me, and stronger men. We’re all put together so differently, assuming half the population are a certain way makes no sense. Never did, never will and it makes more sense to see people as individuals now with a base level of manners.

Asking if someone is okay while carrying something is fine, perfectly polite.

Assuming they need help is not. Regardless of gender.

Modern gentlemanly conduct seems mostly to be about impressing women. There are two things wrong with that. For starters, there is more to life than just trying to get women to sleep with you. Or date you. Or even be your friends. It’s a very sexist way to live your life if the only reason you have any manners is to try and impress a woman and with an attitude like that you’re already struggling and hardly a great prospect for anyone.

Secondly, what about everyone else in the world. Do they not deserve the same level of manners that woman you’re trying to sleep with is getting?

Gentlemanly conduct is just good manners, good behaviour. Treat everyone with the same respect and you will find the world a better place to live in.

Men and women can walk on whatever side of the pavement they want. The world is a different place now. We don’t need these tired old ideas anymore, men and woman have always been as capable as men but not allowed to be. We can be better than that.

One Reply to “Gentlemanly Conduct”