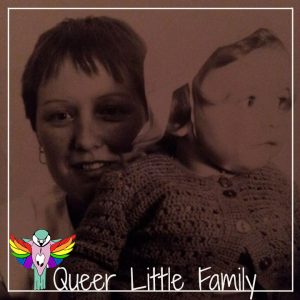 You wouldn’t know to look at her some days, but in talking to her. Or hearing the way she groans when she stands up. There’s something about my mum you can’t help but love – her company – even if she doesn’t like you. Even if she really doesn’t want any company. She likes living on a hill on the edge of nowhere far away from her family (besides me and my sister), with Jay and the dogs and the garden.

There’s a bunch of stuff I could say about my mum.

Neither a perfect person or a perfect mum. There is no shame in that. In fact, she’s both an ordinary person and an extraordinary one. She’s the reason for many of my beliefs about the way the world should work, the way the world does work and what I actually want from the world. I wish I was as strong (emotionally and mentally) as she is and has been.

I have not needed her strength I suppose but only my own for my own life.

However, I am a lot like her in many ways. Some more obvious than others. I feel like many of my personality traits are her own ones square.  We’re both readers, quiet people, up to a point. We both prefer to stay at home over going out. I laugh like her. I hear her in my head when I laugh – it’s her laugh.

It’s not a bad thing.

We’re interested in the same thing. We swap books and TV shows. Politics and new stories.

I look like her too. Same eyes. Though I have my grandmother’s hair.

Getting To Know Her 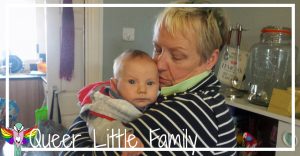 I like spending time with my mum when we’re with other people. I’m 34 and our relationship is at a point now where we both think or at least are under the mistaken impression that we already know everything there is to know. It’s not true especially in the case of my mother. There are sixty years of life to learn about and I am aware that I’ve barely scratched the surface in terms of things she’s done and what she’s been through. It’s hard, though, knowing what questions to ask and how to ask them. I definitely did not inherit my mother social abilities.

I recently learned that when I was born and take home from the hospital for the first time, I was put into a crisp box and strapped in with the passenger seatbelt. So was my sister. But in a different box.

Eventually, I figure out the how and what.

There are a couple of important things you should know about my mum.

At one point she worked three jobs just to keep us fed and clothed and housed. She has lost two brothers, her parents, the grandparents who raised her. She is a single mother who moved her kids 140 miles across the country because she met someone, because it was the best for us because it was the best for her. We went from never seeing our mother to having a mother. She is an inspiration to me, to the way I will raise Snappy.

She supports the family but not in a scary matriarchal kind of way. Though I suspect that in time she will be like my great-grandmother – a tiny and scary Geordie woman who had great stories too. Some of which may have been true.

I could go on.

I could write a very long post about all the weird and wonderful jobs she’s had over the years. Or all the things she’s done that are definitely illegal. Or the secrets she knows that she’s told me and the ones she hasn’t told me. All the things that would make a good book that she says she can’t write until the rest of her family is dead.