GLAAD just posted this video to Facebook regarding LGBTQ representation in film. While Hollywood is getting better at making movies featuring bisexual characters it isn’t enough. 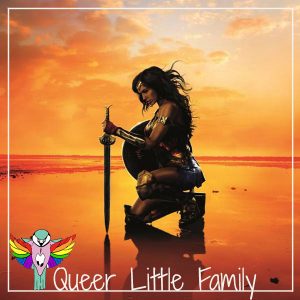 There are two major films with Bisexual main characters in them. Dead Pool* and Wonder Woman. In both cases, the only way to know these characters are bisexual is to have been a fan of and read the graphic novels associated with them. If you didn’t know it beforehand there was a small chance you might have come across the information on social media or television.

So now you are excited to go see a movie with bisexual representation in it. You get your tickets ahead of time and anxiously wait for opening day to come. When the day arrives you spend the entire day giddy with anticipation. You get home, shower and change, then pick up your date or partner and head to dinner. Once dinner is over you drive to the theatre, buy some popcorn and find your seats.

As you wait for the movie to begin you sit and think how wonderful it is to finally be able to watch a movie with the main character who is bisexual like you, and wish you had been able to watch movies like this when you were growing up. The movie starts and you can hardly contain your excitement.

You have now watched nearly a fourth of the movie and still, no mention has been made of the character being bisexual. You think well its still early, so you wait, but still nothing by the time the movie is more than half over. You know for a fact the main character is bisexual but your hopes of bisexual visibility for your tribe to the gay and straight communities just wasn’t there. You leave the theater disappointed.

This was the case for the first Dead Pool movie, I have yet to see Dead Pool 2. At least the Wonder Woman movie discussed the fact that the only reason men were necessary was for procreation. Intelligent moviegoers might catch the remarks and put two and two together. But you would have had to be listening very closely to hear it, if at all.

Hollywood Needs To Do More 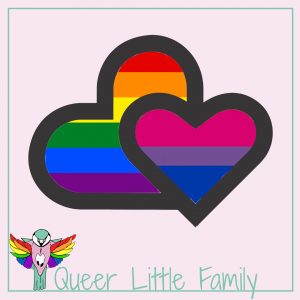 In my opinion, it is not enough to just “say” or imply a character is bisexual. Hollywood needs to “show bisexuals in a positive light.” For me, that means, during the character’s arc, they need to be seen interacting sexually and or romantically with multiple genders during one movie. At the very least, over the course of a large franchise like Avengers, for example.

I remember growing up in the late 70s and early 80s. When someone said, “Oh, they’re gay.” It was usually meant as an unspoken warning to whomever it was said to, and it was never meant in a positive way. So when the topic of an LGBTQ character’s sexuality comes up in mixed sexuality spaces it will likely be taken in the same vein.

In the end, shame on Hollywood for tossing a bone to the LGBTQ community at large in hopes that we will be quieted by them making movies with bisexual characters in name only, and only to those of us who already know these characters are bisexual in the first place. Frankly, I take this as an insult because that is exactly what it is. Movie executives are doing just enough to be able to say, “See you have your bisexual character now.” It’s no different than it was in the 1980s when T.V. and movies all had that one token over-flamboyant stereotypical gay male with a lisp and a limp wrist. That is not visibility, nor is it inclusion, it is bigotry plain and simple, and an insult to everyone being made light of.

We need to tell Hollywood; we are on to their Bullshit! We need to tell them we want REAL and positive bisexual representation, and we want it now. We want to see bisexuals in all the ways we are in real life; mixed orientation couples with children, same-sex couples with and without children, single male and female bisexuals who have relationships with multiple genders without being slutty or indecisive. We also want to see poly bisexuals and trans bisexuals too. We need to tell Hollywood we are going to nag the hell out of them until we get what we want. If we don’t it will never change. Finally, we as bisexuals are responsible for our own visibility. If we don’t stick up for ourselves no one else will.

Post originally published on Bi(sexuality) The Way I’m Out.

Tim is a 52-year-old divorced full time single father of 2 young adults. He grew up in Michigan and have spent his entire adult life in Kansas and Missouri. He was raised Lutheran, by two Church Workers in the 70s and 80s and didn’t even hear the word bisexual until he was an adult and married. He realized the truth of my bisexuality at age 48. He struggled with it until a year ago, and finally came out to his family in February of 2018.

One Reply to “Guest Post: Bisexual Representation In Film, Its Not Enough!”