Let’s start this with a disclaimer: I’ve read the books (once), seen the films, I dislike Harry as a character and think he would’ve died in the first book if not for Hermoine (who by the way would never have fallen for Ron in a million years). Also, none of this talks about whether or not JK Rowling is a TERF. 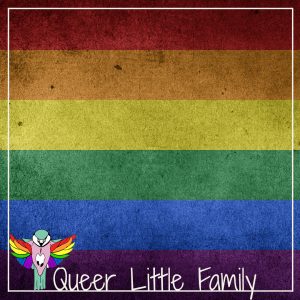 J.K Rowling may come off as a champion for all sorts of diversity, but by not writing diversity into her books in the first place means she is at best trying to make up for shortcomings, at worse queerbaiting.

Saying Dumbledore is gay is not queer representation. It didn’t need to be a thing, Dumbledore is just like every other wizard in most respects, other than being extraordinarily powerful and the headmaster and a huge influence in Harry’s life. It didn’t need to have a whole subplot about Harry discovering Dumbledore was gay or even more than a paragraph or two, but there are entire pages dedicated to some tedious shit that could’ve covered more of Dumbledore sexuality.

Or any of his sexuality.

While not necessarily needing to be part of the story I think it needed to be said, to be mentioned. Not years after the face when all those LGBTQ kids have grown up reading these books without a single character they could relate to.

Which brings me on to another point. If there are about forty kids in Harry’s year, that means there are about 280 kids in the school give or take. In England, a recent study shows that 2.5% of people identify as LGB (it didn’t take into account the T or Q bits). Seeing as there are no Welsh or Scottish students, we can safely say most are English. So 2.5% of English people are LGB then 2.5% of the kids at Hogwarts should be LGB. So there should be seven kids at least in at that school who are Gay, Lesbian, Bisexual (or pan, ace, queer)*. One in every year perhaps, or two in one year and none in the year below. And that doesn’t even count the kids who are trans, genderqueer or non-binary.

Why is this important? 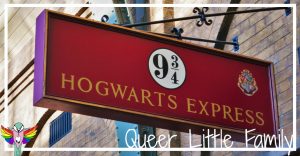 These are the characters that are going to give queer kids the representation they need. They deserve. By the time the Harry Potter books are set, even if it had been mentioned in the actual books, Dumbledore is an old man. How many confused kids are going to identify with him? While there is something to be said for seeing that everything can turn out fine if you’re a weird bi kid with no real gender (Hi all) there is more to be said for reading it as it happens. Or knowing that there are other kids out there that are LGBT, whether they’re struggling with it or not.

That’s what representation is, and in a primary kid’s books, you should represent your audience, not their granddads.

I’m not denying that Dumbledore is gay, or that Anthony Goldstein isn’t Jewish, but this is not representative for two reasons. One, it’s after the fact. Anyone could point to any film and book they made and go “Hey, did you know (insert character name) is (insert sexuality or non cis-gender). Two, one minor character does not representation make. Anthony Goldstein is barely a footnote in the series; just because he was one of the original students she created doesn’t make it representation. Dumbledore is better granted, a major character, but not gay in the books he’s a major character in. He doesn’t have to be in a relationship, he doesn’t have to flirt with anyone, who even be attracted to anyone else in the books (I mean, not everyone is attracted to everyone), but there needed to be something.

There are lots of things wrong with both the books, films and plays (not everyone has to end up in a relationship, they replaced a middling black character to a white one when she became more prominent and well, there is some awful queerbaiting in the Cursed Child). Not all of them are JK Rowling’s fault or even have anything to do with her (I doubt she was involved with recasting Lavender) but she shouldn’t get credit for something she hasn’t actually done either.

We’re so far behind in queer representation still in terms of media. Hell, we still can’t seem to use the word bisexual when describing people who are actually bisexual. Why support someone who doesn’t really understand how representation works, isn’t really making a difference and isn’t part of the community she seemingly wants to support. Maybe I’m cynical but it’s for me to believe she wants us to feel included in the fandom when we weren’t included at the start, but it’s more believable that she wants to us buy her books and buy into her fandom.

Whether you’re LGBTQ or an ally, there are other people who are making a difference to LGBTQ representation and there are books that are both better written and have LGBT characters. Read those books, support those authors, leave Harry and his mates to languish in the hetronormative past.

*Plus, at the time the books were written, the common statistic was one in ten people were LGB, so around twenty-eight kids when JK Rowling both wrote and set the books.