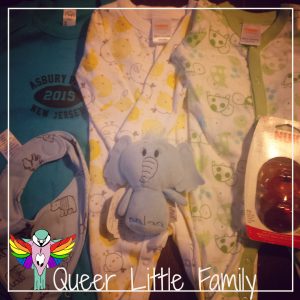 It’s Week 35 and I delayed this week’s post so I could write about our appointments which we had today instead of on a Thursday as usual. This was mostly because it was easier for me to take the Friday off than rearrange the appointment. At least I thought so. I’ve taken two days off work this week. They’ve called me twice. I dread to think what will happen when I take my two weeks leave.

Not a lot I can do about that though.

We had the midwife first – they’ve been working on Bronglais hospital and had finally moved into their new unit. It still being decorated when we got there, but other than that it was nice to see it nearly finished. It was started sometime around our first midwife appointment. We turned up one day having climbed to the top of the hill only to find the entire reception closed off and we had to go halfway back down again. It’s easier to get to now too, no special lift and second lift and long walkway filled with broken beds and old chairs.

We saw our favourite midwife, who we hadn’t since near the beginning of the pregnancy. She was really pleased to see us and was genuinely excited for us. She’s pretty happy with the development of both Snappy and bethend. His heartbeat is strong and regular, bethend is healthy (she definitely had a bug last week) and she’s glad she’s finishing at the nursery next week.

She measured Snappy too, though next weeks scan will supersede that measurement. The midwife was more curious than anything else. He’s in the 50th percentile for growth still, all perfectly average. I’m happy with that. Average is good.

She wasn’t so worried about the low fluid either. Again the scan will show more about that next week. She also gave us a copy of the birth plan to look over and perhaps fill in a few bits before the visit from the midwife in a couple of weeks to talk it over.

The Anaesthetist was a lovely bloke called Dr. Zeek, with a thick accent that means I’m not entirely sure his name was Zeek. Definitely Zee…something. He went over bethend’s health, any long-term effects from last years accident, mentioned her BMI again (it’s higher because she’s short and muscley) and then said it isn’t really a concern. He asked if she could walk to town, to see how active she was, and considering we walked from town I’m pretty sure she’s fine in that regards. Plus she works with over a dozen toddlers when she works. She’s very fit.

He checked her over physically – her back and throat, I guess to check where the epidural would go and so on. He talked about the Epidural and the risks, none of which sound pleasant and I didn’t like the sound of it myself. Neither did bethend but it’s her choice. She’s had plenty of these Braxton Hicks contractions to know some of the pain involved but she’s pretty tough and has a high pain threshold (unlike me, I’m a wimp). She may be fine with gas and air. She may not. We’ll see I guess. 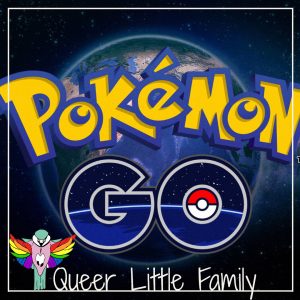 I like a couple of million other people downloaded Pokemon Go yesterday. Cause hell yeah pokemon. It actually got me out of my pyjamas and out into the village chasing down pokemon, hitting up the pokestops and taking photos as it was sunny and I took my camera out too. Today I spent the day catching pokemon in Aberystwyth and generally driving my wife a little nuts. I put it away during our appointments and lunch too, everything else was fair game though. This is what happens when you marry a geek. I’d dragged out into the street last night to catch a drowzee too – she’s a very understanding geek.

Playing Pokemon Go meant that I kinda want to play regular pokemon too. So I need to charge up the 3DS and get playing I think. At least while I’m waiting for pokemon to turn up at my house.

I can’t wait to do this stuff with my kid. Teach him how to read and write and play video games. Take him exploring and wandering and catching pokemon in the park.