Originally posted on Weird and Important on March 22, 2015 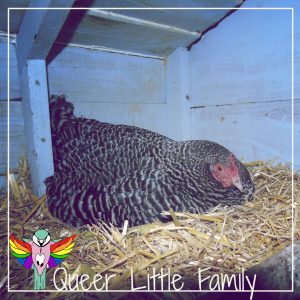 As we come closer to getting a sperm donation for my wife, I’ve been getting broodier and broodier. I can’t help it and it’s a mix of hormones and something I really want being so close. I see about half a dozen babies and toddlers every day at work at least, and at least two pregnant women a week. It’s like I really want pizza, so every day someone brings in pizzas, of the possibility of pizza and I can’t have my own pizza for months yet, assuming I get one in the oven within the next few months.

However I can go get a pizza from Cost Cutters right now (okay, not right now, it’s nearly 11 pm but you get the point), but there is no aisle for babies.

No section in the freezers for sperm.

Wouldn’t that make my life a lot easier?

I never expected to be this woman. The one who wanted children so badly that sometimes it hurts a little. It hurts because it’s so damn hard to just get something that’s so simple for a lot of other people. And it’s not just a lack of equipment – cause most of the time I am so far uninterested in the equipment, having it would just be wasted on me – it’s just that I get so stressed over the effort I have to put into this, the money, when it seems it should be easy.

That first time. The second time. At all

I’m trying not to think that far ahead, we’re working on the assumption my wife will get pregnant in the next year (hopefully the next year) cause the even though having a baby will severely cut into my Dragon Age/sleeping time, I don’t seem to be too bothered by that. Babies like sleep and violent video games right?

Okay, so they like to sleep. I can work with that.

There is no thought about not doing it. That we shouldn’t have kids. It doesn’t even occur to me. Only, only when I think about how many games I still have to play on my Xbox so I think that a baby isn’t going to help with my endeavour to play a ton of video games and afford a PS3. Or afford anything. But then. I can’t afford those things now and definitely do not have all the time in the world to play Xbox and I suspect having a baby will be more rewarding than Xbox. 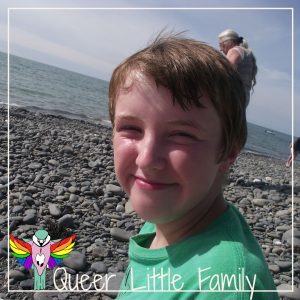 Assuming I get one.

Anyway, I never thought I’d be this person. I never thought I would even be here. Hell at one point I didn’t think I’d even make it to 35 (30, 25, depending on how depressed I was). Some days that is enough. Being here. Being part of a life, a good life of that.

Sometimes I want a baby so badly.

I have my favourites at work. My favourite customers and my favourite children. There is a woman who brings in a set of twins who are just adorable. They sit in this huge pushchair facing each other and are so sweet. They’re definitely my favourite. It’s a delight to see them.

Not long now though and we get our first try at getting pregnant.

Maybe we’ll get lucky and it’ll work the first time. However, I should point out that I am rarely lucky.

And it’s not just me who’s feeling broody – the chickens are also feeling broody. They’ve been refusing to give up their eggs, pecking my wife when she tries to collect them. They’ve also pulled out their own feathers on their bums so that they can incubate them.

I know for a fact we don’t have a rooster.

The chickens don’t seem to know this.

It’s spring finally. Even the cats are acting a little frisky. Thought Latrice the hamster tried to hibernate by sleeping on top of her nest and almost freezing herself to death. My wife had to warm her up by putting her in her jumper and then putting a hot water bottle on top of the cage for a little while and a sock in the cage for her nest.

Anyway, another 24 hours with my eleven-year-old nephew and my period should probably take care of my broodiness for a little while. Nothing like the reality of a smelly child and your reproductive system twisting itself into knots inside your body to make you want to get a hysterectomy (like my mother keeps suggesting).

26 Replies to “Spring is here and well, it’s not just the chickens who are broody”