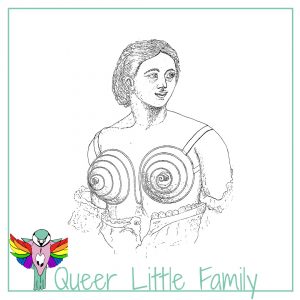 Warnings – Gratuitous use of the words nipple and boobs.

It’s been eight months since I stopped wearing bras. I gave up on them last April after breaking my washing machine (for the second time) and after years of never being able to find a bra that fits. Did you know I didn’t even wear a strapless bra to my wedding – I wore a strapless dress and tucked the straps of my usual bra beneath the band of the bra. I couldn’t find a strapless bra that fit. Not without having on specifically made for me – which wasn’t going to happen. Can you even do that? Get bras tailored…

Well, too late now. Not that I could afford it.

Anyway, it’s been a long time, and well I couldn’t even find one of my bras now even if I wanted to wear one.

So this is what I’ve learned.

No, really, no one notices. Unless I tell them, no one’s noticed. Okay, so sometimes it’s more obvious than others – depending on what I’m wearing. Vests show a lack of straps but this sort of implies people are staring at my shoulders and not my boobs. And that assumes people are staring at my boobs. Maybe they are, maybe they’re not, but most people I tell seem to be surprised.

I wear a uniform at work – relatively thick and shapeless – so it’s really no different from when I was wearing a bra. The rest of the time I usually wear t-shirts and jeans.

Like I said, there are a few tops I own that make it a little more obvious but I haven’t stopped wearing them because they are just my breasts and I’m not wearing a bra for the sake of wearing one of my favourite or lighter tops.

2. I Became Very Aware Of My Nipples

Especially at the beginning. Especially when it’s cold. To be fair when it’s cold I am always aware of at least one nipple because one usually hurts a little when it gets too cold. But only one at a time. I’m weird like that.

I am very aware of my nipples sometimes. It’s that paranoia that everyone can see them, will seem them and will laugh at them. Which is daft because everyone has nipples and nipples are great for many, many reasons.

But still, I’ve become more aware of them, though this is decreasing as time goes on and mostly centres around that cold period just after I eat my lunch at work (it’s cold in that break room).

3. I Got Used To It Really Quickly 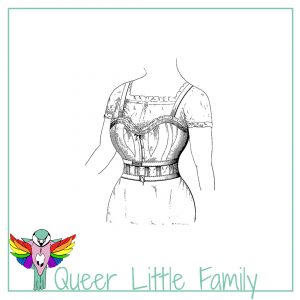 It became normal really quickly. I’ve not worn a bra at home for years now. I put it on to leave the house (well, to leave the village) and took it off when I come home. I wore bras to work, to town, for shopping, to visit people. Not I don’t. It’s just the next step and if I can do less of something then I’m happy.

Unless that something is sleeping.

But there was no hesitation, no debate, no thinking about whether I should put one on in the morning (afternoon) or not. I just didn’t. Every day. For eight months. At some point, I stopped being aware of the fact that I’m not wearing a bra and not putting a bra on.

I haven’t really thought about it for months. Since the last job interview.

After the interview, I took it off and felt like I was myself again. I thought about the bra and my boobs more in that hour than I did the entire week.

4. The Physical Effects Are Awesome.

My back doesn’t hurt. There is no rubbing. No more red marks.

I suffered through all these just to support breasts that really don’t need holding up. Every time I took my bra off it was like I could breathe again, and my entire body could relax. My bra tightened my entire body up into a ball of knots and without my entire back is much easier. I can’t even remember the last time my back hurt because of my bra. It hurt last week because I spent a couple of hours hunching over a desk, but before that my back hasn’t hurt for months.

Plus I feel like I can breathe. Always (well, not always cause of the anxiety and asthma).

5. Except I Got Sweaty Boob Rash

Is that a stick??

I’m 33, and overweight, so my breasts no longer sit nice and high on my chest like they did when I was 23 (if they ever did, I’m not sure I remember all that well). So just beneath, during the summer I got a little hot and sweaty and got a little rash.

To be honest, I wasn’t bothered. I’m prone to heat rash and eczema anyway and this can happen wherever there is chaffing or sweating. It’s a simple enough to deal with – just need some cream for the pharmacy.  To prevent it I just put a bit of deodorant under my breasts on hot days.

I don’t really know what’s going on here either…

This may definitely just apply to me, but without the bra, I feel more masculine, which I find comforting because while my body is exclusively female, my mind isn’t. I often find myself in what I call ‘boy mode’, so wearing a bra isn’t appreciated during that time. Without the bra, I feel more like a woman and more like a bloke. When I’m feeling more feminine I don’t need the bra to do that, or help. I tend to wear makeup (just a little) and whatever else I decide at the time.

The bra was just part of a restriction to my gender identity in fact, without it I feel able to be much more fluid and I’m much happier with that.

7. No More Shopping For Bras!

I think I would wear this as a top.

No more of that extender getting lost in the washing machine and breaking it – which is how this entire thing started.

So What Should You Do? 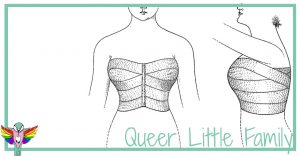 If you’re a b-cup or under, give it up. Just try it – for a week, a day. Go into town bra-less and see how you manage. Definitely, give up wearing it at home (does anyone wear it at home – I used to). Seriously, why are you wearing a bra at home? Who are you doing that for? Your cats? The hamster?

If you’re a c-cup and over, give it up if you can, give it a try, just for a week, a day. But I know that the bigger they are, the more they need the support, the more you want them supported – cause it hurts or it feels awkward or they move around too much. Or cause they’re in danger of escaping at any moment.

My wife is about a D-cup, my sister an E (or more), most of the women on my mum’s side of the family have larger breasts. Bras are important. Bras are needed.

Get a good bra.

Save up, get fitted, spend time and money finding the one bra (that would’ve made Lord Of The Rings a very different film) that is perfect, that means you can breathe and run and smile when you put it on. Time to really put the effort into your breasts.

Breasts are great, seriously, I love them. So I’ve started treating them right by letting them free but I know this isn’t for everyone.

So find whatever works for you. That million dollar bra or letting your old favourite gather dust in the underwear drawer with the pants you don’t wear but don’t seem to get thrown away (you know the ones).

Either way be good to your breasts.