And let me tell you he is an exhausting delight. It’s been a while since I did an update about how he’s doing – and in turn, I guess how we are doing – as I’ve been sticking to those milestone dates and now they’re a year apart now.

I have never loved anything or anyone more than this little thing we created.

At my worst moments he is light. During the bad nights, all I want to do is hold him while he sleeps and revel in his happiness when mine is waining.

He’s shy, he’s funny, he’s loving and he never stops talking. He tells me he loves me every day, that he misses me when I go to work. He’s polite, he’s friendly, he’s brave and silly and serious and a million things. I adore him.

His interests are varied but mostly he likes things with wheels and things associated with things with wheels. He can name most types of tractor, and has big plans to learn to drive…and then sit in traffic. He likes watching videos of RC lorries and vehicles on youtube, the best ones are the German and Swiss ones.

He still really loves opera and musicals. He watches those more than anything else those his favourite change from week to week. Right now we’re back on Hello Dolly a few weeks ago it was Music Man again. This is all interspersed with Shaun the Sheep and Wallace and Gromit, the occasional Mr Men.

He’s in two dance classes now – baby ballet and mini movers, and going back to them after the summer break. It’s really helped bring him out of his shell, and I know sometimes people think we put him in those classes for us but as it turns out, he’s perfectly suited for it. We’re thinking of drama classes when he’s a bit older. He is very much suited to something in the performing arts.

He is a performing art.

I assume he’s hitting most of his milestones. I don’t really keep track and I can’t remember the last time he saw the health visitor. The doctor has seen him a couple of times for small issues and always comments on how well he’s coming along.

Our only concern is his height and weight. He’s gone down from the 9th percentile to the 1st according to the chart in his red book. He was never going to be a tall kid, Bethend is only 5’2 and the donor 5’7, so we’re not overly concerned. He is growing, just slowly.

He uses up so much energy because he never stops talking, moving, being that he’s not likely to put too much weight on. His clothes last longer if nothing else.

He’s flying ahead in everything else. He knows all his letter (not in what order), counts up to 15 (on occasion skipping the number 6 or the number 10). He’s happy, expressive and so very, very articulate. While there are times I don’t understand him, that’s more about how he says the words and my issues with processing words. He’s always able to express himself. How he’s feeling, or what he needs.

He asks so many questions. I’m 50/50 on how I feel about this. Depends on how tired I am. I’m pretty sure that’s normal.

He starts nursery four mornings a week in the new school year. Same nursery, just more days. He was offered a place at the nursery at the school he’ll be attending next year but we’re in talks to delay it. At least until we’re driving because it’s in the next town and for two hours a day it’s not quite worth the bus trip there and back.

I think he should go at some point, to get used to that new environment, but the idea of him going to school at all makes me anxious and sad because I can’t always handle the fact that he’s not my baby bird anymore.

Except he is and always will be but I think he’s perfect right now.

If a little cheeky.

I really do love this age. Love him.

I love the way how happy he is.

I love how happy he makes me. 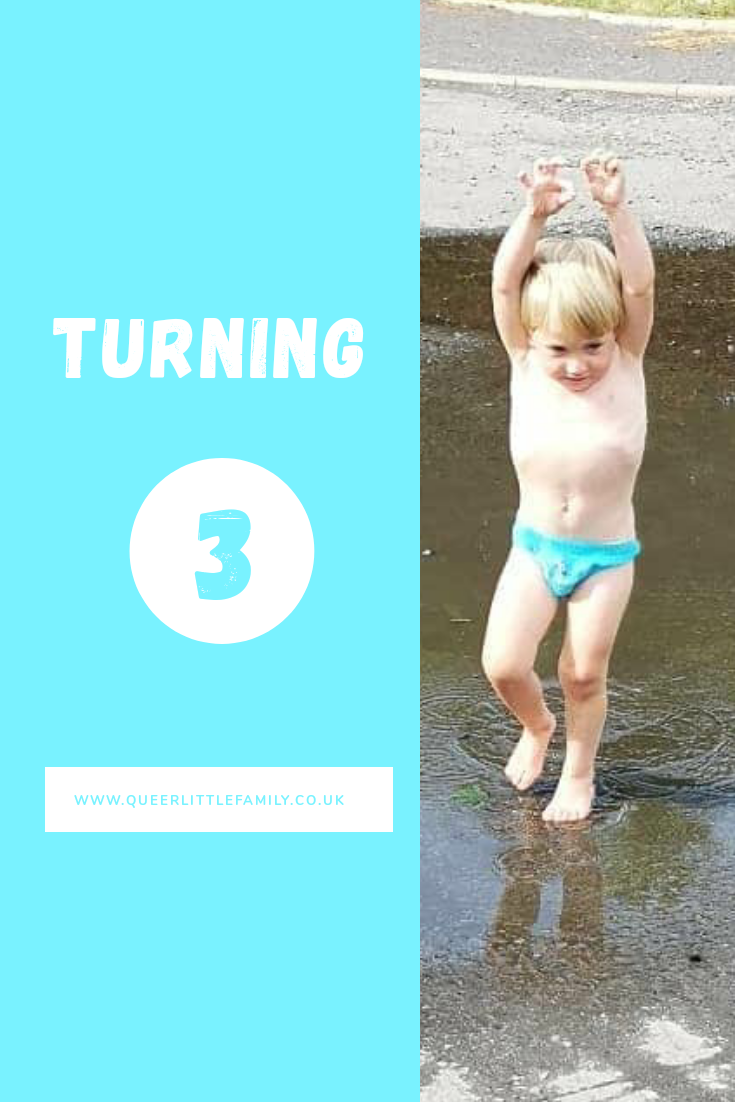 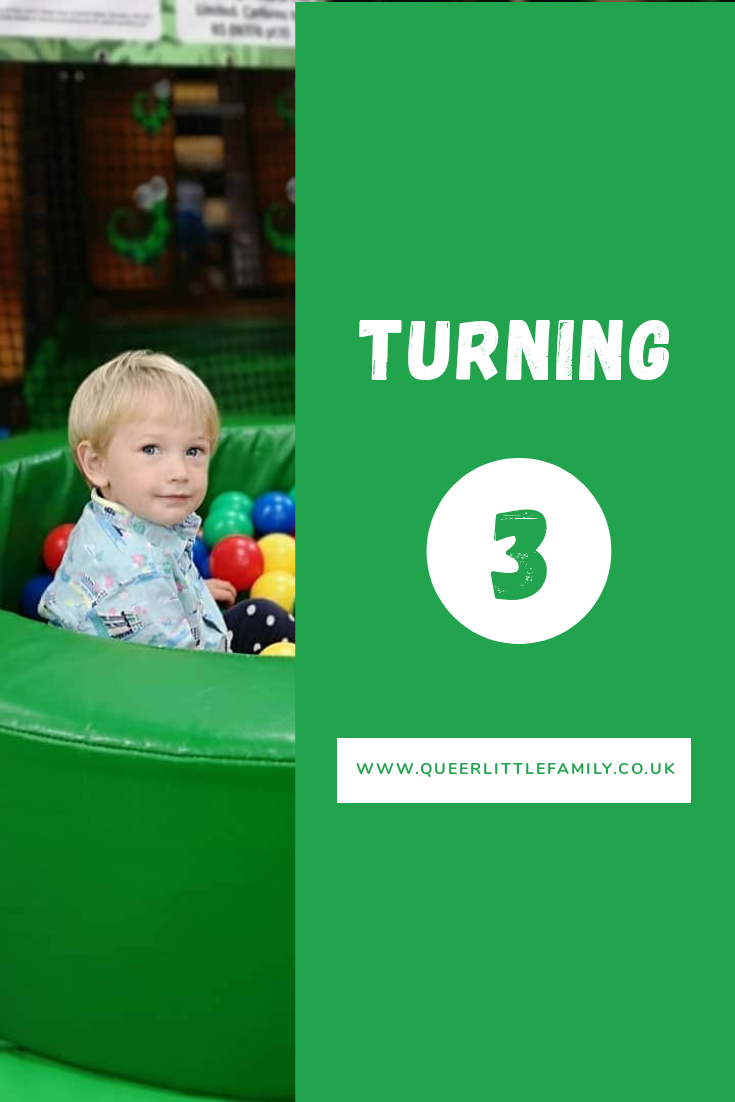