Today is Snappy’s second birthday and I cannot describe to you how awesome the last two years have been. The last two months. The last two days. Today, I let him take a two-hour nap on my lap today because he told me he was happy right before he dozed off. I had the stuff to do, but he had a nap to take so there we are. 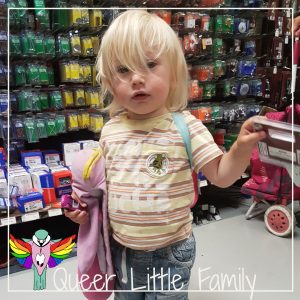 My kid is the sweetest kid you will ever meet, to be honest. I don’t say that as his mum, I say that as someone who watches this kid hug and kisses everything from his mummies, his cuddly toy, friends, his cousins, toy cars and tractors and the pirates for pin bowling. A rock on the beach. Sometimes because you ask him and sometimes cause he likes to kiss the things he loves. He’s funny too, he’s started telling jokes. Asking for coloured yoghurts that don’t exist, saying “Car (person), naaaaah!” about random cars and then laughing his head off.

He never stops talking except when he’s asleep. I have expected him to talk in his sleep, which he may yet who knows. He has to run everywhere and definitely gets a little tough when he’s tried. But also affection and rough which can be a problem. He likes to pull at your face and when the evening rolls round and we’re tired too it’s a little too much.

He talks about his friends and family all the time. All the time. He asks to see pictures of them every day. He takes time to warm up to people when he’s with them though, but as time has gone on he’s fine now with his cousin Poppy straight away. It just takes time. 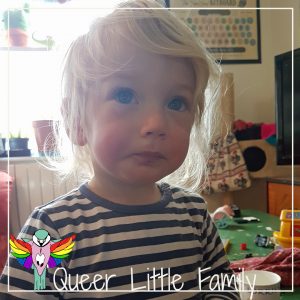 He really likes anything with wheels. Cars, tractors, JCBs, aeroplanes. If it has wheels he loves it. He would take a car to bed with him he I let him but I know he would just jolt himself awake every few minutes making sure he was still keeping hold if it. He really likes fruit, yoghurt and toast. Mr Man books and watching Bagpus and the music man. He really likes the radio too and asks for us to put it on a lot. Then he carries it around with him.

There’s not much he doesn’t like luckily. He goes through phases with things on a day to day basis. He doesn’t like rice much, which sucks cause we eat a lot of rice in this house. He’s more of a -I’m tired or sad or two and I don’t like this today.” And the will forget about it the day after or even just later on. He doesn’t always like new people or places or generally being told what to do if he’s not interested (like playing at soft play or the big Sandpit in town) 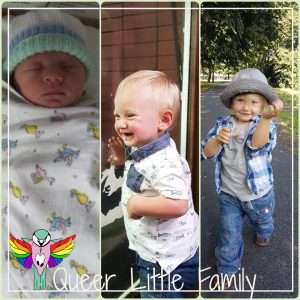 He’s not got all his teeth yet and I think they’re bothering him again right now cause he’s chewing everything rubber. He’s got half maybe two third of them, but they will come, he’s still short some molars. His language is coming along really well. He actually translates himself and us into Welsh or English on different days. He speaks more Welsh than English right now, which may be a problem when my in-laws come, but he understands as much English as Welsh. The key word to know when it comes to Snappy is eisiau (pronounced ay-shy) which is ‘want’. Whatever follows can usually be worked out.

We’ve gotten over our dislike of getting out of bed in the morning by leaving his bedroom door open when we got to bed. He’s still sleeping well as long as he’s in his routine. He doesn’t always nap so he just goes to bed a little earlier and falls asleep during his story instead.

We’re potty training right now with some excellent progress. Today was good, he took his nap on me with no nappy on and when he work up sat on the potty for a week. He’s pretty good with it all now as long as he doesn’t have a bad belly. But there’so rush, he’ll get it long before he goes to school.

Over the course of the next year, there’s going to be even more changes to Snappy and his life. He’s going to start nursery in March, I have a new job, he’ll have more teeth, more things to learn, even better language skills in both languages. Hopefully, it won’t be too much, more than he can take but a lot of the changes can’t be helped. I can’t stop him growing up and I can’t stay in a job that doesn’t pay the bills. Nursery will be good for him. Hopefully.

In any case, he’s always going to be my little goober. I will always be his fiercest defender and champion.

Even when he’s pulling at my face and running circles around my kitchen. 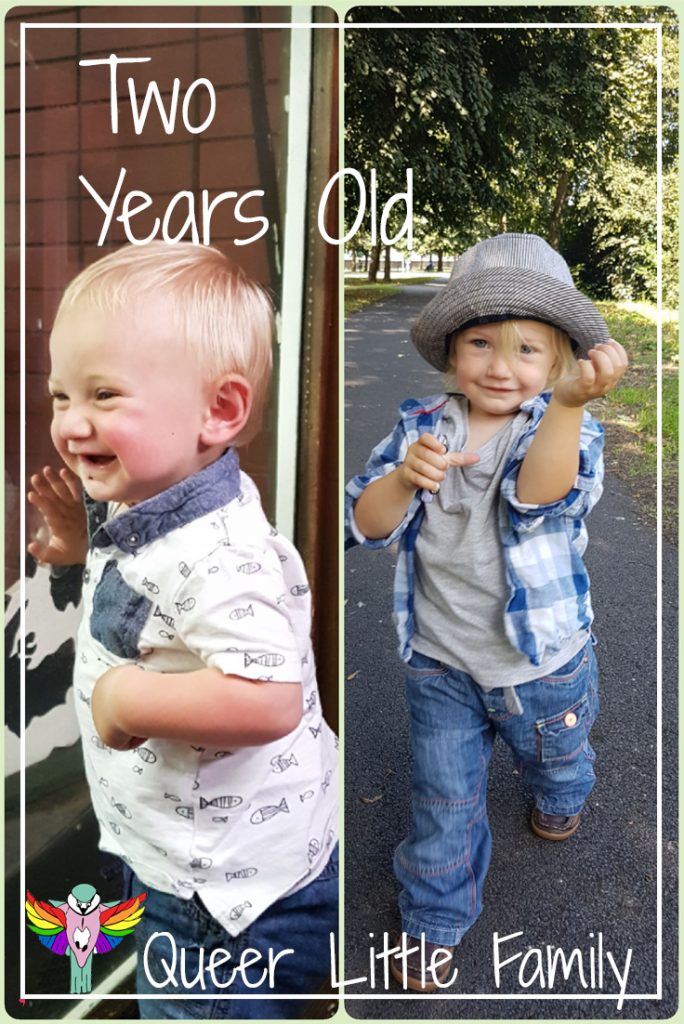