This post is long overdue and doesn’t necessarily have a happy ending.

One day when I was walking around the village (I have a usual loop I do) in the sunshine, I walked passed the church and towards the main, passing the chapel on the way. I looked in and saw a black and white cat lying on one of the graves and paused; immediately thinking he or she was dead. I wasn’t sure I wanted to know but I tried to gate, found it unlocked and headed over to her.

She was alive and very friendly.

Not wearing a collar, I didn’t know her name nor where she lived; there are a few houses around the chapel. So I called her chapel cat because that’s where I usually saw her.

Every time we walked around the village in the sun I found her asleep on a grave or on the path. Once or twice she was on the wall opposite. Every time she saw me she would pull herself up and amble over to me, miwoing loudly for some fuss. Old and loosing fur, she wasn’t the softest of cats to stroke but she was loving so it didn’t matter.

As summer passed and the weather changed I stopped seeing her. Even on warm days when the sun shone she wouldn’t be around and I found I missed her on my walks around the village. I had hoped she had just retreated back to her home, not a lotof the cats around here have homes and not all the cats that have homes have collars.

But this year, the sun has returned and I have not seen her at the chapel.

She was already old when I met her like Pixie. I’m hoping that it’s just not warm enough; it’s only just May though there have some been really hot days. Perhaps in another month, I will see her sleeping on the grave again. 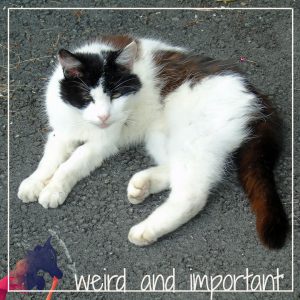 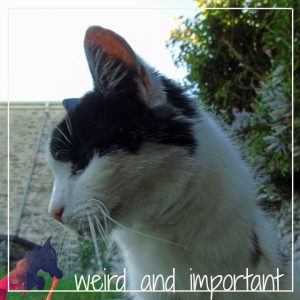 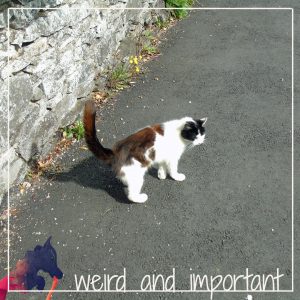 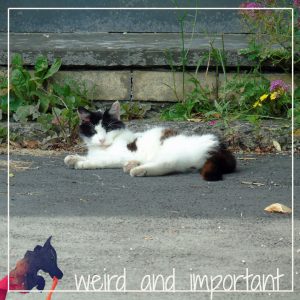