So, my parents are a bit weird. This much has been very clear to me over the years. my mum is getting worse I think whereas both my dad and step-parent Jay remain at a steady level of completely batshit. They have provided some good and some bad advice over the years but also seem to believe in some really odd stuff. Or at least used to tell us some really odd stuff. Including, myths, conspiracy theories and stuff I’m pretty sure they just made up.

So, here is a short list of some f the stuff I was told growing up. 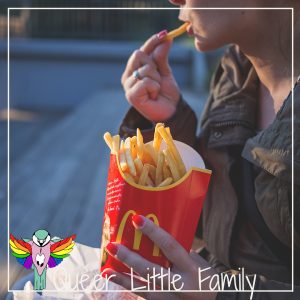 This was the reason my dad gave us for not taking us to McDonald’s. We would go ourselves when we were old enough to venture into town alone (though thinking back, this too is debatable) but we’d never tell our dad we’d been because he was anti-McDonalds.

Cause McDonald’s supported the IRA.

He never told us where he got this idea from, and it wasn’t until I was an adult with access to the internet that I was able to figure out the source and reality of this story. McDonald’s pays into Individual Retirement Accounts and this would be on payslips as IRA. It only takes one person to make the mistake for it to take over.

And I can see why this sort of urban myth can be believable too. During the late eighties and early nineties when this rumour started the IRA had really stepped up their attacks in England. Between 1977 to 1989 there were a few attacks a year. This rose to nineteen in 1990 and forty-seven in 1992. There was even a threat of an attack in Coventry where I lived until I was ten and where my dad still lives today. I had never seen a gun until then, and to be honest, not including Jay’s air rifle, I haven’t seen one since.

My dad was aware of something I was not at that age. And with many things, he didn’t explain it to me.

Shaving Your Legs Will Make Your Hair Thicker 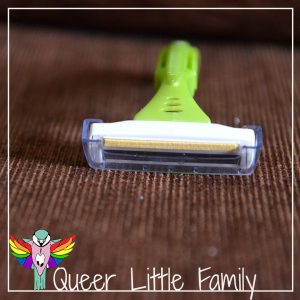 This is one of those myths you learn in school that just isn’t true. I can and probably will write a post just about those eventually but this is genuinely the reason my mum gave me for why I wasn’t allowed to shave my legs. At fourteen by the way – it wasn’t like I was nine or something. I was fourteen and getting hairy. I’m dark haired and have very thick hair on my head. I also have a bit of my nan’s moustache going on.

My nan actually used to shave, and once she reached her seventies she had whiskers. And not because she shaved when she was younger but because she was old and about 80% proof (sherry if you’re wondering). I often wonder if this is something that influenced my mum. She was adamant I not shave.

I don’t know how well this was enforced with my sister later on. I was the good one (no, really now), whereas my sister was always more stubborn and strong-willed than I was back then (I’m the gobby one now).

Anyway, in case there is any doubt, no, shaving does not make your hair grow back thicker. It just looks that way at first cause of the shape of the hairs when they’re cut.

My dad said this to me a lot as a kid. Despite a brief stint volunteering for Scope, my dad would not give money to charity. He didn’t trust them, charities, because he didn’t trust they were using the money to actually help people and that people were just raising money to make money.

Except for the Salvation Army. Because they were doing it for God.

A God, by the way, my dad didn’t believe in (despite once being a choir boy). It didn’t matter that he didn’t believe in God, they did, and their charity had a higher calling and made them more trustworthy (by the way, the Salvation Amry are anti-LGBTQ so screw those guys). Any other charity didn’t get a look in.

He did also give money to buskers because they were at least working for the money, over beggers on the street.

“Just pump me full of LSD”

My mum has legitimately said this to me on several occasions when we end up talking about her final years. Mostly it comes up when someone has died. She doesn’t like the idea of being a vegetable on life support and would rather be pumped full of LSD and the turned off.

So she can really enjoy those last moments.

I know my mum has done drugs in the past. When my parents got married and got their first house they were barely eighteen. Their house basically became the place all their friends hung out and drank and smoked (tobacco and weed). Though I’m not 100% sure and could probably go ask, I doubt she did anything harder just because she was always working too hard. She left school at fifteen so she could support her siblings and didn’t stop working until we moved to Wales.

And I’m happy to do this for her, though I’m not sure I can get hold of LSD.

Don’t Kill Spiders Because Their Families Will Come Back To Get You. 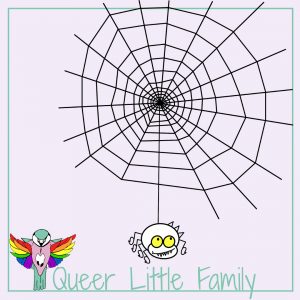 My mum denies telling us this. She insists she says that killing spiders would make their families sad but this is not what she told us. Not at all.

We lived in an old house, with an extension, full of all sorts of creatures. Many of which were pets. We had a lot of spiders and also some mice living in the roof. We had a whippet who could catch flies and Jay would then put them in their shirt pocket for my mum to find on wash day. Never not funny. My mum was happy for the flies to be killed (but not to find them later) but not so much the spiders.

She would insist that the families of spiders would all come back to seek their revenge on the person who had killed their spider-relative. And remember, those families were all spiders.

My sister was scared of spiders. Moths. Dady-long legs. I’m not overly keen on spiders. Probably due to this idea my mum gave me that killing them would mean hordes of spiders coming to get me in the middle of the night.

I’m sure there’s more but these are the ones that have really stuck with me over the years. All three of my parents have said and done some stupid stuff over the years. I’m honestly not sure how Jay managed to survive so long before meeting my mum. My dad is currently insisting he doesn’t have Parkinson’s (a long story) and my mum is reading the Daily Mail. If there aren’t more memories to be found, give them time, they’ll be some more gems to be had. 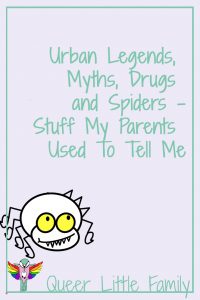