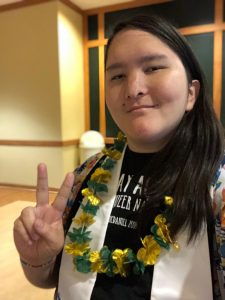 I had always kind of known that I was different, but I never really knew how. In high school, I wasn’t ever really exposed to queer topics, and I only ever knew what gay was. We had a gay-straight alliance at school, but I couldn’t risk people finding out that I didn’t know who I was. I was enough of an outcast already from the activist work I was doing with Invisible Children (a.k.a. the Kony 2012 people), and I didn’t want to further that. I just lived in this weird limbo where I knew I was different but didn’t know how.

I thought I was broken, or that something was wrong with me. It didn’t help that my doctor was telling me that my body was wrong too. My body didn’t naturally produce testosterone, so I thought, “Hey if I listen to the doctors and do what they say, this will all be fixed!” Little did I know that it wouldn’t be that simple. It never is. I followed their directions, but nothing worked. I never got “fixed”. 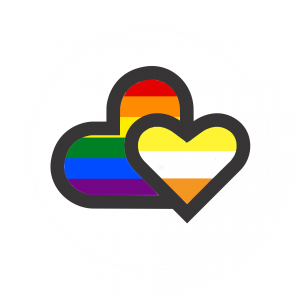 I first discovered my own queerness in college. You see, college was my reset button. No one knew me there, so I could start from the beginning. I joined Allies, which was our college’s version of a GSA, and I started to learn. I wanted to learn since I first discovered there was more than just gay at a leadership summit I went to in 2013, but once again, I didn’t want to be more of an outcast, so I waited. It was in one of the meetings, during Asexual Awareness Week, that I learned about demisexuality. It fit so perfectly, and I started to understand myself from that day forward. From there, I further explored and defined my identity, and while I just tell people I’m queer nowadays, I have communities I’m a part of. I’m in the ace community, and within that, I’m part of the demisexual community. I’m also part of the pansexual/romantic community. For gender, I’m part of the trans community, but within that, I’m part of the non-binary community, and even more specifically part of the maverique community.

This isn’t about my identity, though, or what any of those labels mean (although I highly suggest looking them up if you’re interested). As I kept understanding myself and defining my identity, I delved deeper into the queer rabbit hole. I was a philosophy major (just graduated in May!) and queer theory was a strong focus of mine within that field. As my junior year was coming to an end, I found myself thinking about what to do for my senior thesis, which was a 30 page paper about a self-chosen topic. I was thinking about it when an idea came to mind. This idea ended up being The Gay Agenda, a collection of monologues and poems about the different experiences of LGBTQIA+ people, and it also served as the synthesis of my paper on the importance of sharing queer narratives. I learned a lot from that experience, but there were three key ideas I ended up discovering during my senior year while I was doing all of this. 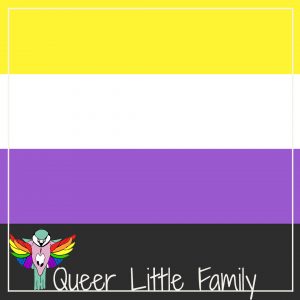 A core part of nature is classification. For animals, they need to be able to tell the difference between themselves, predators, and their prey. For us, it creates an us vs. them dynamic between ourselves and fellow humans, based on different social, political, and economic factors, and these include sexuality, biological sex, and gender identity.

That being said, sharing our own stories can help ourselves and others to find common ground, and thus break down the barriers between “us” and “them”. Our lives are comprised of many different identities, hobbies, interests, and so on. What I’ve found is that pretty much everyone has something in common with someone else. Those commonalities are what unite us, and break down those barriers. Suddenly, your conservative friend John Doe isn’t against gay marriage, but against the marriage of his close friend and fellow Baltimore Ravens fan. Sure, not everyone’s mind is going to be changed this way, but the point is that it helps, at least to a degree. 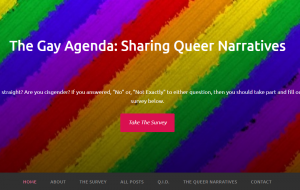 As the end of my senior year was approaching, I held the debut performance of The Gay Agenda with a few friends of mine. It may not be a finished book yet, but I used what I had completed to hold this performance, and it ended up being a show with 13 pieces performed by a cast of five. It was a small show, sure. We had a little over 20 people show up, but even with those 20 or so people, that night was life-changing. Leading up to it, I had cast members who were understanding themselves better through pieces they were performing, or even writing. When the show happened, I had multiple people come up to me or another cast member, saying how the show helped them to understand more about the community, or themselves. There were fellow queer people who told me how they hadn’t seen their story or identity represented until that night.

After that first performance, people kept asking how they could get involved, whether in the project itself or a future show. In the survey I distributed to attendees, the response was more than I could have ever expected. One person wrote, “Great presentation of information that needs to be talked about!” Another said, “This should be at least 6 more hours.” In the end, it’s clear that telling these stories is changing the lives of others, and helping them to understand themselves, as well as the LGBTQIA+ community at large.

There Are So Many Ways To Share Queer Narratives.

For Educators, there are multiple ways to share queer narratives. In addition to getting safe space training and being there for your LGBTQIA+ students, educators can teach queer content in their classrooms. To start, I recommend looking at Ramzi Fawaz’s article on affective curation or SJ Miller’s book, Teaching, Affirming, and Recognizing Trans and Gender Creative Youth: A Queer Literacy Framework.

We can all take part in sharing queer narratives, and by doing this, we are breaking down barriers and changing lives. We can do this by sharing other people’s stories, as well as sharing our own. I want to thank Bread and Queer Little Family for letting me share my story with you all.

Ash Kwiatkowski (they/them/their) is an activist, writer, and creator. They are the writer and curator of The Gay Agenda: Sharing Queer Narratives, a collection of monologues and poems about the LGBTQIA+ community’s stories and experiences. To follow their work or to be involved, visit gayagendanarratives.com. You can also follow them at facebook.com/GayAgendaNarratives or on Instagram @gayagendanarratives.

6 Replies to “My Gay Agenda: Why Queer Narratives Matter”