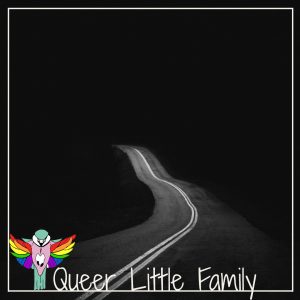 As you can see from the site, I’ve have taken a little break from blogging. Actually, I took a little break from a lot of things. It would be easy to blame it on the current lack of internet connection (currently using the BT Open Wi-Fi) and while it doesn’t help matters it’s certainly not the reason for the current QLF blog blackout.

There are a few different reasons for not writing anything and it’s certainly not for the lack of things to write about. I already have a couple of posts that are almost finished, drafts galore and ideas aplenty. My kid is thriving, changing every day, learning new stuff and teaching me even more stuff.

It’s hard to know where to start, but a lot of it is down to depression. And a lot of the depression is, well it’s lifelong, but exacerbated by various events and it doesn’t seem to be shifting sometimes despite the fact things are settling down again. It might take a while though, for my mental health to catch up. It’s always a little behind. It gives me this false sense that I can cope with bad things happening when really all that’s happened is my mind just takes time to realise that I can’t cope. Now there is little to cope with and my mind is yet to catch up on that fact.

So, what’s been going on?

I left my job at the pharmacy. Partly because they cut my hours and, well, it’s hard to pay the bills on part-time work. I loved my job and most of my colleagues and the work I did. I even liked my customers and I built up some very good relationships there with people and professional relationships too. I  was very good at my job.

I was also being bullied by my manager.

I wasn’t the only one and I took it for months. But when she made a homophobic comment and then cut my pay (by accident apparently), I couldn’t let her continue with it and made a formal complaint. Then I left. The complaint was never really resolved to be honest and part of me didn’t expect it to be either. I’d already gotten another job by the time they’d even really addressed it.

I got a job at a supermarket that I had high hopes for but having been wrung out already at the pharmacy, the stress and the long hours at the new job made me very ill. Very depressed. I went back on my medication and was let go from the supermarket.

I am working again, for a Domestic Abuse Charity – as an admin and monitoring officer. It’s a three-month contract that I’m hoping will become permanent. I really like the work, the people (my boss is a lesbian too) and it’s good work. Even when I’m just doing the admin I like knowing I’m helping people in someway. In this case, helping keep the place running so the support workers can do their thing and the boss can keep the money coming in. 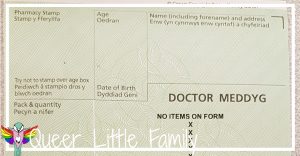 So despite the insanely hard effort I made to get off my medication, I went back on them a few weeks ago after speaking to my doctor. I’m not on my previous dose but a lower dose. I came off them with the view to trying something else and this feels like a bit of a setback. Everyone told me it was a bad time to come off the meds, with everything that was going on, but if they only keep me stable when things are okay and do nothing when things are bad what’s the point.

So I’m looking for spring now as a time frame for trying something new. Hopefully, things will be fully settled down by then.

The Blog and Writing 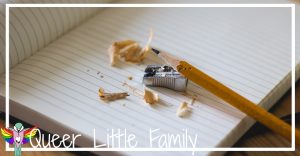 So part of the whole depression meant that I’ve had no interest or enthusiasm to write the blog over the past couple of months. And the blog is mine, for me, so if I don’t want to write it, be part of it, make it, it’s hard to find the energy to do so. Especially when I have had so little energy or enthusiasm for anything lately.

I have written some poetry, I’m doing OctPoWriMo again, though I’m a few days behind. As usual. I’ve written a lot of fanfiction. I find it very satisfying, in a quick fix kind of way and it makes me feel better. There are worse coping mechanisms. I don’t drink or smoke. I write femslash fanfiction. It’s not the end of the world.

I’m not saying this is the end of the hiatus, at least it’s the end of the blog silence. I don’t know what the posting schedule will be like from here on out. I don’t actually have proper internet right now and BT screwed me over, so I’m waiting for my new service with another provider to start and that isn’t for another…nine days.

There’s still lots to say but I think it will be a little slow to start. We’ll get back into the swing of things and if you ever have ideas or questions or whatever, just send me an email or a comment, or fill in my handy one box form at the end of the post.

11 Replies to “An Unexpected Hiatus”