We’re determined to bring up our son speaking Welsh. We live in Wales, he’ll have to do it in school, he needs to speak Welsh.

We want him to speak Welsh.

I moved to Wales when I was ten and learning Welsh is considered so important that we (my sister and I) were sent to learn welsh three days a week at the Welsh Secondary School for six months. I missed a lot of stuff in school but was pretty fluent in Welsh by the time we were done. Fluent enough that I then went to the same secondary school for the next two and half years.

I struggled there but that’s another story.

I moved to Leicester at eighteen and unsurprisingly not a lot of people in Leicester speak Welsh. So I forgot a lot of it and since I returned to Wales I’ve been trying to relearn my second language. It’s all in there somewhere and I manage well enough at work and remember more and more as time goes on. I’m also looking up words as I need them when talking to Phineas online but that doesn’t always work. Even the almighty Google doesn’t get it right and sometimes I’m not sure if it’s giving me the North or South translation. The two are mostly the same – the grammar and word mutations are the same but the some of the words are different. I was taught North in school. I think that’s because it’s more correct and the traditional but most people around her speak Welsh.

Moyn and Eisiau both mean want, wedi gorffan and wedi beni both mean finish. I tend to use some ‘Gog‘ (north) words interchangeably with South ones but I don’t know if that is effecting Snappy of not. He seems to understand both and English pretty well as we’re usually speaking a mix of the both at home. 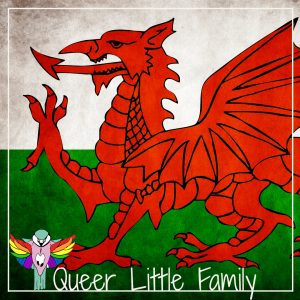 The Welsh Language has 28 letters, six vowels and while J technically isn’t part of the alphabet we do use it in some words we’ve nicked off the English. I find the best way to describe speaking Welsh is that you can really speak Welsh with a dry mouth. I still can’t say the word chwech – six – as that ‘ch‘ letter is pretty hard to master without having to say it twice in one syllable.

Not everyone in Wales speaks Welsh though. According to the 2011 Census:

A very small amount if you think about it. The higher percentage Welsh-speaking communities are in the Northern part of the country, as Welsh has been a compulsory part of the curriculum for years from about Ceredigion up. There are many campaigns to improve and increase the amount of Welsh spoken in the country by both children and adults.

Which I’m hoping I am contributing to by relearning my Welsh, speaking Welsh to people at work and most importantly speaking to my son in Welsh at home. 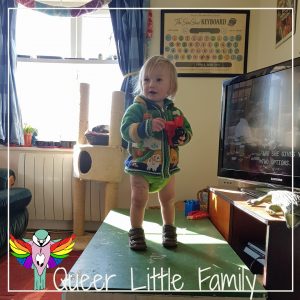 Snappy’s first word was not Welsh but English – he said ‘Stink’ which is one of our cats. His first two-word sentence was dwr ble? – asking for water, where? Most of the words he uses now are Welsh and we try and speak to him in Welsh most of the time as best we can.

He’ll speak Welsh in school too, my niece speaks Welsh and actually reads in Welsh better than she does in English right now and she’s always teaching us new Welsh words she’s learnt in school. I ask her to speak to Snappy in Welsh too and she always obliges. It’s cute too and I’m happy that she’s helping with it.

Learning Welsh is going to help a lot when he’s older – assuming he lives and works in Wales. Every Government job and most other jobs ask you about your Welsh abilities, it’s going to be necessary for him to have some understanding of Welsh – the more the better of course.

More importantly to both me and my wife – The Welsh scholar who knows more medieval Welsh than she does modern Welsh sometimes – him learning and speaking Welsh keeps the language alive. That’s something I definitely want. I don’t want this slightly crazy language lost into the ethers of time. What other language has no word for fork but has a word for microwave (popty-ping or microdon).

I definitely need to start learning more Welsh though – making a real effort with it and I struggle when  I’m tried to speak Welsh and end up speaking a mangled version of the two that doesn’t even count as Wenglish.

Hopefully, as his vocabulary increases so will ours. I look forward to teaching him more words. 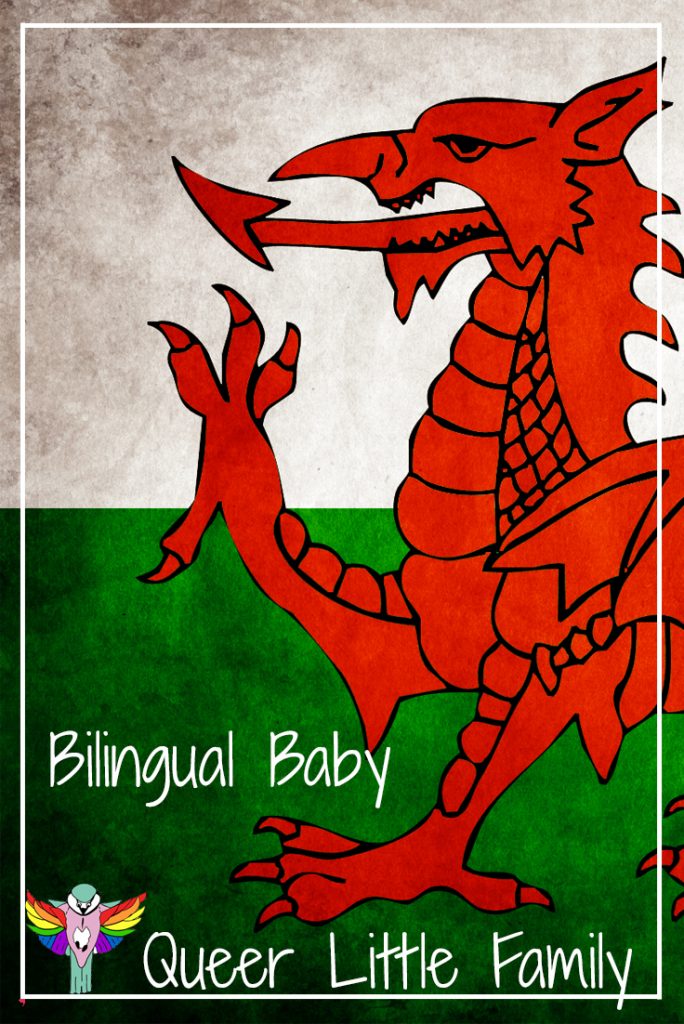 One Reply to “Bilingual Baby”