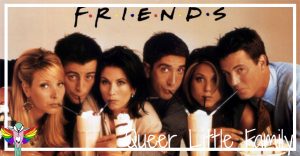 With the series on UK Netflix, I’ve been rewatching Friends from the beginning. Mostly alone because my wife isn’t too fussed with it and she didn’t grow up on it like I did. There’s talk of a reunion every now and then but it’s pretty much been of-air for as long as it was off-air so I don’t think I’ll need a spoiler warning do you?

I should clarify three things. Season Three is the best season in my opinion. It’s the both the funniest and the realist in terms of some of the stories; most notably Rachel and Ross breaking up. If I could I would just do a list of the best Season Three episodes. It also has Pete played by John Favreau, the return of Pheobe’s brother Frank and Chandler get the duck and the chick.

I hate the Rachel and Ross storyline in the later seasons. She should’ve gone to Paris. I’ve only season Season ten a couple of times because it’s not the best and I’ve only seen the finale once because it makes me angry. I’ve always disliked Ross as a character but more so now I’m an adult than when I was a teenager. He’s sexist, creepy and annoying. He’s very anti-feminist and I always really respected Rachel as a character when she was not involved with Ross in any way. Ross is the guy in Tinder who tells a woman how amazing she is until she turns him down and goes on to tell her she’s a slut.

I’m a Monica/Chandler shipper at heart. I’ve always identified with Chandler in that he turned to humour (and smoking) to deal with his parents’ divorce and continued to use it to avoid and deal with awkward situations. I totally got that. And I got Monica’s OCD too, I have my own issues with OCD that are very different to hers but I get that. And some of the best episodes of season Five are with those two.

Anyway, here are my ten favourite Friends episodes in the order they aired.

The One With The Poker

This is one of those great episodes where it’s the girls against the boys and there are some great interactions between them all. I also really like the short scene (and it is too short) with Monica’s aunt Iris the professional poker player. She has the best lines of the show hands down.

The One Where Mr Heckles Dies

I loved Mr Heckles as a character especially growing when I was young and didn’t realise what a sad character he is. When he dies you do see that – though again it doesn’t really register when you’re a kid. There are some mint jokes in this episode and I like the subplot with Monica and Rachel and the lamp. A lamp that by the way, I would totally love in my house.

The One Where No One’s Ready

This is actually my favourite episode of the entire show. Has been since I first watched it. It’s a bottle episode, set entirely in Monica’s living room with some of the best scenes and best jokes in the entire run. Without a doubt, I learnt more from this episode than any other too. I didn’t know what commando meant or what a lunge was. It’s a great episode from Chandler and Joey fighting to Ross drinking the fat. It’s perfect.

The One With The Morning After

Another season three episode, this one is both hilarious and horrible. I didn’t realise it then but I liked the reality of Ross and Rachel staying up all night to argue and talk. That they ended it was good, made sense. While I don’t know who is right or wrong in terms of ‘we were on a break’ I’m pretty sure you shouldn’t jump into bed with someone just cause you think they’re sleeping with someone else. The scenes with the other four in Monica’s bedroom break up the angst nicely and are hilarious.

The One At The Beach and The One With The Jellyfish

The season three finale and season four opener are a two-parter I’ve put together on the list so I can have an extra one on the list. Some of the scenes with Monica and Chandler make me laugh so much, and as teenagers, we did the thing they did to Joey – turning him into a sand mermaid to friends of ours. Everything is funny from the Strip Happy Days game to Pheobe meeting her biological mother. The end with Monica, Joey and Chandler admitting to what happened on the beach earlier in the episode is just the icing on the cake.

The One With Chandler In A Box

My favourite episodes are always the ones where they’re all together, the six of them interacting. The best jokes come from them being together like this. This also has one of my favourite lines in the entire show from Monica in response to digs about her dating Richard’s son.

“Fine but, married a lesbian, left a guy at the alter married a gay ice dancer, threw a girl’s wooden leg in a fire, lives in a box!”

The One With The Embryos

This is the one where they swap apartments. Monica and Rachel lose a bet to Joey and Chandler and it’s mostly the subplot to Pheobe getting implanted with the embryos for her brother and his wife. It’s sweet and has little heartbreaking moments (this is Frank and Alice’s only chance to try IVF and though it’s unlikely Pheobe would know she was pregnant already at the end of the episode it’s perfect.

The One With All the Rugby

This one is because I love rugby, don’t get (and really dislike) American Football and it explains exactly why perfectly. Emily was a neither here nor there character for me, I wasn’t bothered, but I liked this episode a lot because well, American’s playing rugby is always funny and Ross’s attempts at English accents are painfully cringy in that way you can’t help but laugh at.

The One Where Everybody Finds Out

The One with All the Cheesecakes

This is one of the last really good episodes. When they paid off like this it doesn’t always work, but Chandler and Rachel are a neglected pair during the show that actually really work well together. Also, I really like cheesecake so I can totally get this episode. I like the return of David and the closure it brings too.

For me that was the last really good episode. The rest had their moments. Ross and Rachel singing baby got back, Monica and Chandler having kids, there are good scenes later on in the series but no perfect episodes like these ten.

Friends has its problems, it’s very much a product of its time which doesn’t excuse any of the homophobia, transphobia or fatphobia, many episodes show and these ten may not make up for those downfalls, it is enjoyable on some levels. at least for a  fat bisexual non-binary person like me. As a society, we’ve come a long way and Friends would be a different show if made today. Those jokes weren’t acceptable then, they aren’t now, but our voices are louder now. I still enjoy it on many levels whether it be the actual comedy or the simple nostalgia of it I’m still going to keep watching all the way through.

What are your favourite Friends episodes? And what TV show would you like me to write about next? Use the box below, the comments or the contact form and let me know. 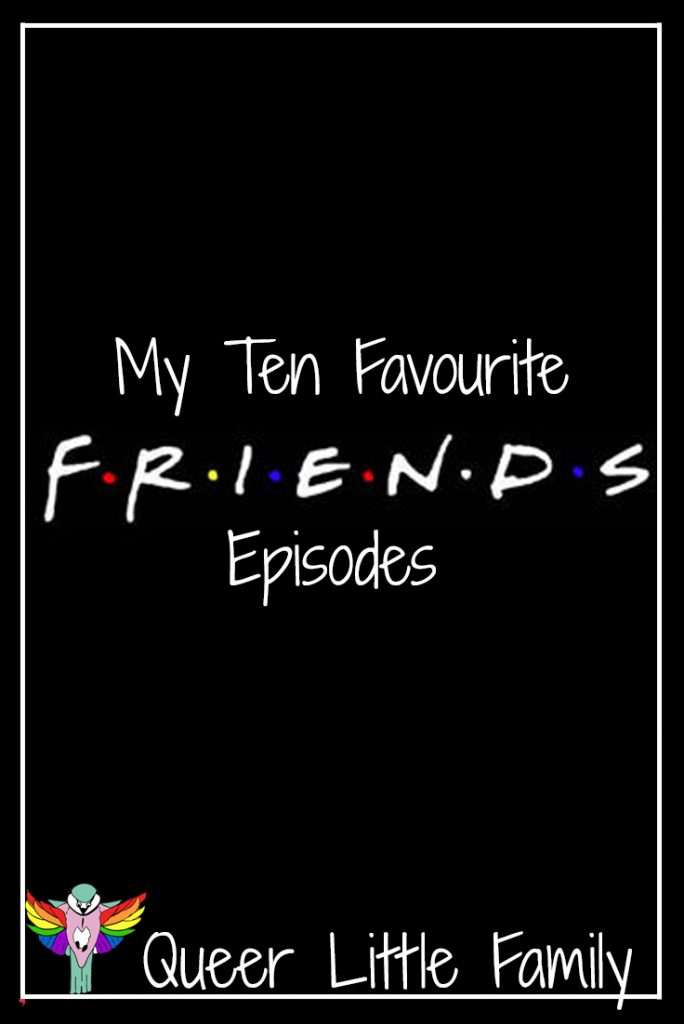