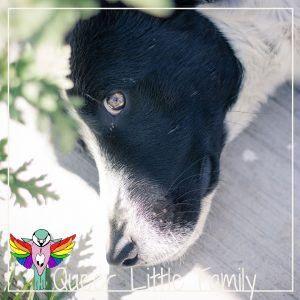 I don’t deal with disappointment well.

My tactic has been pretty simple over the years to avoid disappointment, or to minimise it. I don’t look forward to anything. I don’t share it. I don’t let other people know about anything good until it’s done or I’m in the middle of it, or I am 100% sure that in the next few hours I will be enjoying something or that something good will happen.

It’s easier then if something goes wrong. People don’t need to be told that it went wrong and I don’t need to let them know that nothing good happened, nothing happened at all. I don’t then need to relive that over and over or watch the look on people’s faces as I tell them ‘Oh no, in the end, I never got to go,” etc. That look of disappointment that feel in sympathy or empathy or whatever that is then multiplied through that one facial expression before they’ve even said anything and that’s when I’m going through a phase of avoiding eye-contact with people.

I’m always worried people are going to make fun of me too. For not having had something I’ve looked forward to happen. As if I’m expecting people to be cruel.

Someone, sometime, was cruel. I have vague memories of it – emotion memories stuck in the back of my mind that flicker to life now and then.

I’m not saying any of it makes sense. I mean, it does to me in a way, but I’ve been working like this for a long time now.

That’s why the blog is about the past so often and I talk about the present but rarely about the future. I don’t talk much about the future. Hell, I didn’t even think about it until recently. There used to be this big black wall that preventing me from even contemplating next year, or next week, or tomorrow. It’s been opening up for me but it’s difficult to plan for and harder to discuss with people who aren’t my wife. She likes to make plans, events, gatherings, things that will happen well into our future (though she used to have the same problem with seeing a future as me). I still work on a day to day basis. Sometimes week to week. Sometimes I struggle with the fact that I buy almost a month’s worth of groceries all in one go and she can make them last, make that work. 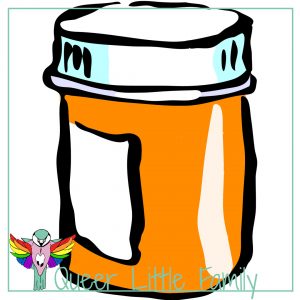 The reason I talk about this is that we’ve been let down a couple times recently. By a couple of sperm donors and it’s a bit like being punched in the gut and then having a layer of guilt heaped on top. The guilt is all about me and my issues surrounding this – I find the donors. I don’t choose them, we decide together with my wife and me whether to go for them. But I’ve done all the research and found these guys and done all the legwork to get these guys and twice we’ve been due to meet up and then…

And there is no chance it will work the first time. Second time. At all. Like any other attempt at making babies but dammit we need to at least try before we can deal with that issue. And it feeds into the inadequacy I feel because I am unable to do this myself. It’s one of the few times where I would like to be a bloke. But then, we wouldn’t be together, my wife and I, and well I’d be a semi-professional footballer 😉

I’m actually pretty comfortable with my gender – much more than I used to be – but sometimes, sometimes…I don’t want to be a bloke. I want the ability to make sperm for a short amount of time.

It’s complicated and messy and I can’t quite get it straight in my own head myself.

But, instead of wallowing in disappointment and guilt and depression which is the standard response to these things, I’ve started the search again, tried to find someone new. And hopefully, we won’t get let down again.

Either way, you won’t know until after the fact.