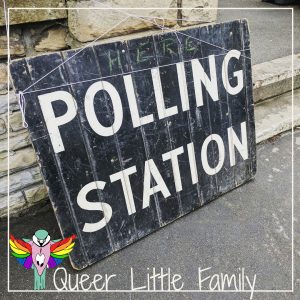 There is no excuse not to vote.

All right, I can think of one – Paranoia. I haven’t actually voted for years, I can’t remember the last time I voted in fact. Definitely not since I moved to Wales. Sometime when I was living in Leicester. The thing is, I haven’t been registered to vote until recently because of my own paranoia. I didn’t want anyone to know where I was for the longest time. Part of me wanted to hide away for the longest time. It’s a mix of paranoia and basic social anxiety.

I remember going to see my OT once, in Aberystwyth, in the middle of the afternoon and practically hiding in doorways and shadows whenever someone walked by or a car past. Took in three times longer to get there than usual and I was late.

Social phobia has been a big problem for me over the years so actually registering to vote, letting other people know exactly where I am like that is actually a big thing for me.

Actually, voting is pretty easy, it’s just two ladies in the memorial hall in the village and took less time than it did to make a cup of tea when I got back. Tea and voting are important. You can’t moan about government but not take part in the democratic process that makes up that government. And you can’t moan about things like immigrants voting when a)it’s not true (my wife can’t vote for another three years and b)you don’t vote yourself.

Protests votes are all very good and well – not turning up out of protest or ruining ballot papers out of protest but I don’t think enough people will actually do this to make a difference. There’s no coordinated effort really. Plus I just think it’s a waste of a vote – there are a few parties that could make a difference, and wasting your vote just means you’ve not voted for someone else and the difference between the people that could do some good in your area and the idiots is bigger. It’s worth voting.

Even if you’re a paranoid social phobic like me. 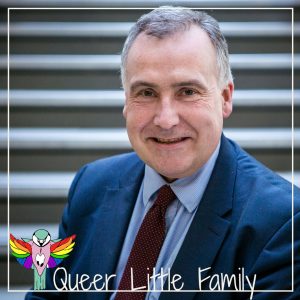 I voted for Mark Williams – the Liberal Democrat candidate for the area. For two reasons – he has always done good work for the area and I have hope that the if the Lib Dems got into power – on their own, not in a coalition – they could do good work for the country too. Plus Nick Clegg played a blinder when he went on The Last Leg. Overall the currently match my political leanings the most and what I want out of the country. Whether they’ll actually do it is another matter – we’re always let down one way or another. Mostly I just want to be able to live my life and keep my wife in the country. It’s selfish perhaps but there you go. What can I say? I don’t want to lose my wife to the stupid financial standards the current government has set for families to attain to just to stay together.

So yes, vote, make tea, drink tea, bask in pride at both your tea making skills and you’re part of the (mostly) democratic process.