Self Harm Scars In The Summer

Content/Trigger Warning for self-harm, including a picture of my scars further down.

Sometimes I am very aware of my self harm scars.

How could I not be? They represent ten years of the worst of my mental health. Ten years lost to depression. Ten angry years. And it has been nearly ten years since I was cutting regularly. Four since I cut at all (a blip in the middle of years of nothing).

Something thinking about that makes me feel sick. Remembering. Sometimes it’s something akin to nostalgia. It was harmful, yes, but it was always simple in its way. Though not overly effective. Good for dealing with my anger but little else (and that is not an endorsement, but just the reality of it). I’m not ashamed that I self-harmed, nor am I ashamed to admit I miss it sometimes.

So I am always aware of my scars, and I was working on the assumption that everyone else was.

This is not the case.

I know this because someone told me they hadn’t even noticed them. Which was a new sensation for me because I am used to people staring at me for a myriad of reasons (I’m scarred, tattooed, fat, currently going through a masc phase but not binding…take your pick).

It was a bit of a jolt to hear it and to be honest, I’m not sure how I feel about it, to be honest. My past has always defined me to some extent, good and bad.

This was a couple of months ago now. Before the sun came out. Before a tanned a bit.

Now they’re very white. I don’t tan much, I burn but I’m very, very white. The sun seems to bleach my scars though, making for an alarming contrast in my eyes at least.

Making me more aware of them as usual.

Any of course, once the weather turns slightly warm I stop wearing long sleeves so these white stripes are on display so to speak. And I’m working on the assumption they’re as obvious to everyone else as they are to me.

But maybe they’re not.

It’s a weird state to be in – unsure as I am though – it. I’m not getting stared at more than usual, not getting any more questions or overhearing people talk about it. People know me though, in the village, in both Abers. What else is there to ask or to say?

Not that what I say changes.

What To Say to Someone With Self Harm Scars

Self harms scars are not a disability but the mental health illness behind them often is. And a personal health condition, and generally not the business of a stranger on the street.

I am actually willing to answer questions, happy to talk about it, though I’m not always great when blind-sided in the street but generally willing. Not everyone is me though. Generally best practise is to google this stuff instead of accosting strangers on the street. That’s just good advice for most situations.

Minorities and marginalised groups do not owe you anything, including information. We don’t have to use any emotional labour educating people.

I am willing to spend the time answering questions, performing emotional labour. That’s my choice. So feel free to ask me questions – email me or leave them in the comments. I have a curiouscat account for anonymous questions.

You can also read my posts Seven Things You Should Know About Self Harm.

Do you need help? Reach Out. 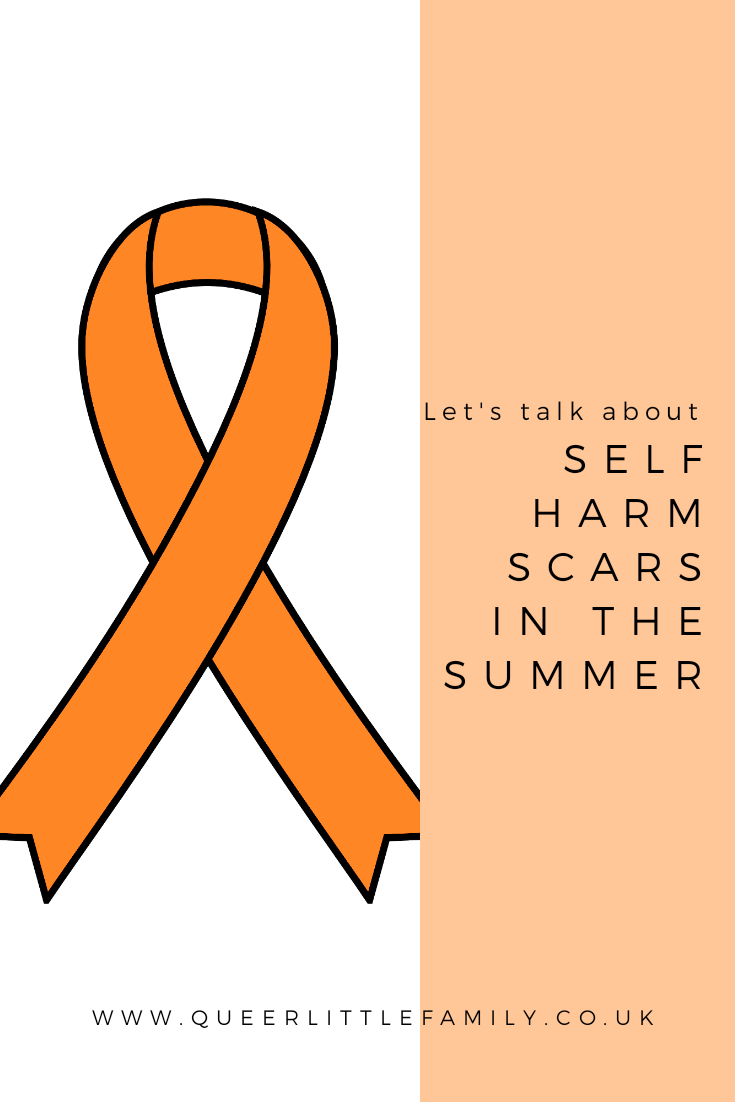