Three People To Know This Pride (And Every Pride)

Pride month is in June for a reason.

The Stonewall Riots are wildly regarded as the instigator of the LGBTQ movement and the people there are the reason we have many of the rights we have today. The riots didn’t change everything overnight, but it was the starting point for the rebellion.

Pride is a protest. And the following people should be remembered this month and every month.

DeLarverie was a butch lesbian whose arrest was the instigating event that spurred a crowd into action and started the Stonewall Riots.

While Marsha P. Johnson is widely regarded as the instigator of Stonewall, it’s inaccurate and DeLarverie is the thought to be the person to insight the crowd into action as she was bundled into the back of a police van after being injured by the police during her arrest. DeLarverie herself calls the riots a rebellion.

“It was a rebellion, it was an uprising, it was a civil rights disobedience – it wasn’t no damn riot.”

DeLarverie was a drag king and was working as a bouncer until the age of 85. She was a pivotal member of the Gay Liberation movement and worked hard for the LGBT community for decades.

While the common story of Johnson being the person who threw the first brick at the Stonewall Riots may be inaccurate (Johnson herself has said she didn’t arrive until two hours later), it doesn’t mean she wasn’t an important part of the changes that began that night.

Johnson was in her own words was gay, a transvestite, and a drag queen. Transgender wasn’t a well-known term at the time, so it’s unknown whether she would’ve identified as trans but she is widely regarded as a trans woman.

While not the instigator of the riots Johnson was still at the forefront of the movement, both during the riots and afterwards. She was a member of the Gay Liberation Front, took part in the first pride rally on the first anniversary of the riots. She and Sylvia Rivera started a shelter for homeless gay and trans youth. Both Johnson and Rivera funded this via sex work.

Johnson was active in the gay rights scene up until her death in 1992.

Miss Major Griffin-Gracy is a trans woman who was at the Stonewall Inn the night the riots started. She was meeting a girlfriend when to bar was raided by the police, and was a leader during the riots Until she was struck on the head by a police officer and taken into custody.

Griffin-Gracy has been an activist for trans women for decades, first starting with direct services to trans women in prisons, dealing with addiction or homeless. This later encompassed health care and funerals during the Aids epidemic.

Later she joined the Transgender Gender Variant Intersex Justice Project, supporting trans women in prison, particularly trans women of colour. She is vocal about intersectionality within the LGBTQIA + community and basic human rights even now.

“I’d like for the girls to get a chance to be who they are. For young transgender people to go to school, learn like everyone else does, and then get out there and live their lives, not afraid or thinking that the only solution for them is death.”

So many people were part of the riots at Stonewall that night. It changed the course of history but the work done after the initial moment counts just as much. The activism that these three were part of over the years were monumental. They and others like them have paved the way for equal rights.

There is more work done to protect those rights and to gain more rights. Our basic human rights.

Rights that are currently at risk in the UK as the government seeks to make changes to the Equality Act in line with Terf rhetoric.  This will hurt all trans people but especially trans people of colour who are always disproportionately effected by transphobic laws and policies.

Write to your MP – check out the links below on how you can support trans rights and honour the women that helped get them. 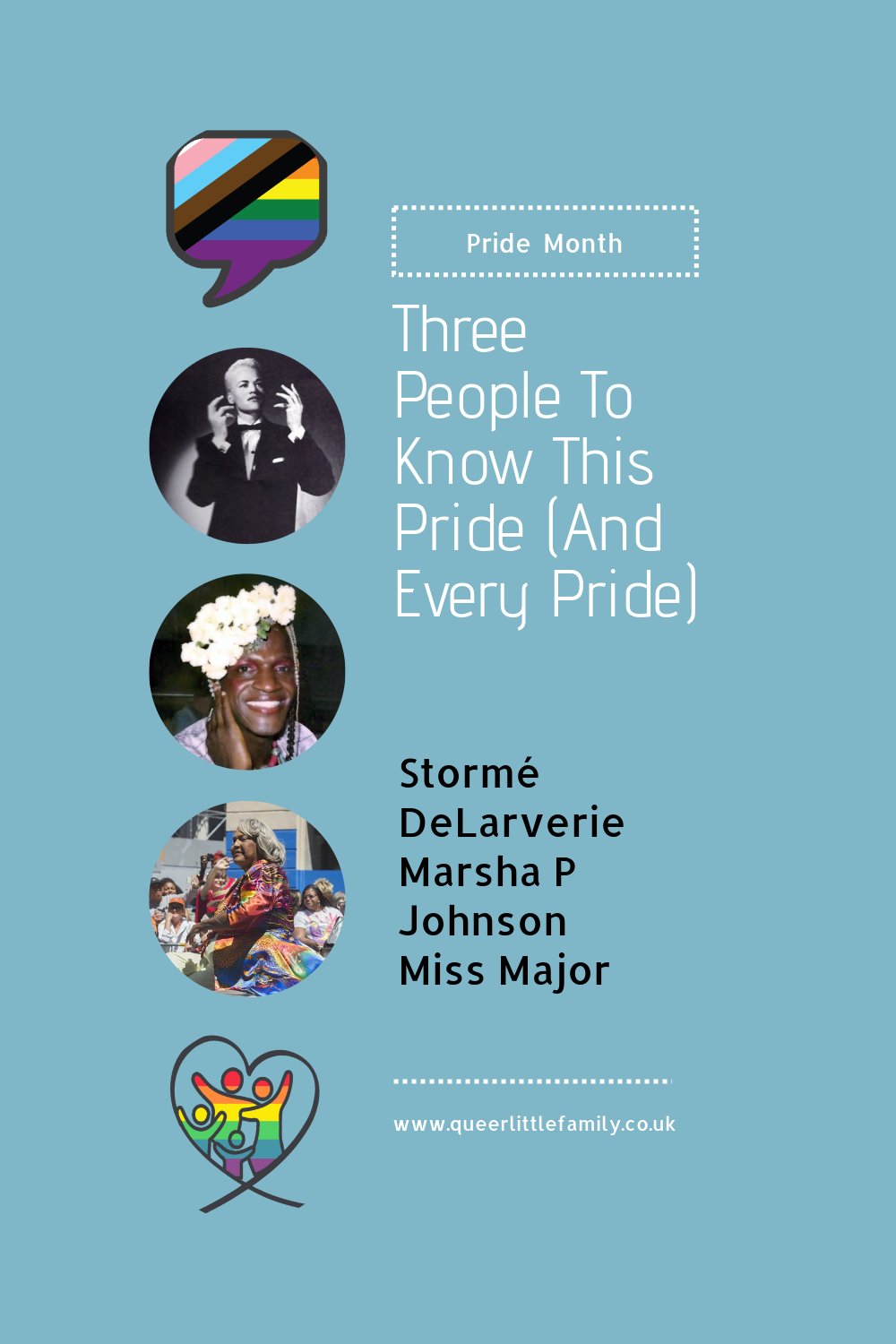