5 Common Questions Non-Binary People Get Asked (And The Answers)

As a bisexual non-binary person, I get asked a lot of questions. people can’t help themselves, and I’m pretty open so I know I tend to invite it. People are always curious about what they don’t understand.

So here are some of the more common questions asked of non-binary people?

Non-binary is both a gender of its own and an umbrella term for genders that do not fit within the binary. The simplest way to explain is that non-binary is a gender that does not fit in the gender binary of male or female. It can encompass both, neither, something completely outside the binary, outside gender. It’s expansive, endless, and inclusive.

I personally am genderfluid non-binary, mostly flowing between agender ( having no gender) and trans masc (identifying with masculinity or being masc as an arab person). My gender changes, usually over a course of months.

I know people get asked this a lot and there is a simple answer.

There is a common misconception that you have to look androgynous to be non-binary. That androgyny is non-binary but it’s just not the case. Much like the binary genders people come in all forms, shapes, sizes, races. There is more to gender than just the way a person dresses or cuts their hair.

You can’t ‘look’ non-binary. There is no one way to look like any gender.

Why Don’t You Use They/Them Pronouns?

There is no one rule for using pronouns.

I’m gonna tell you now that whatever name a person is using that is their real name. To suggest otherwise is insulting and invalidating.

What you’re actually probably asking is what is your deadname? A deadname is usually the name given to a person at birth that they consider dead to them now.

And to be honest you shouldn’t be asking that either. Most trans and non-binary people are going to be too polite to tell you where to go. some might refuse to answer, some might tell you, some might not even mind telling you. But you really shouldn’t ask

And you definitly shouldn’t use it. There are no good reason to use a person’s deadname.

Are You Going To Have Surgery?

There are two things to think about for this question. The first thing is that in asking this you’re asking for very personal medical information about a person’s body and making assumptions about that body, and how they feel about that body.

If you wouldn’t feel comfor table being asked about your health or plans then I can gurantee that non binary people don’t want to be asked either.

The second thing is beyond this is that not all non-binary get or want surgery of any kind. Some of us are happy with their bodies. I’m pretty apathetic about getting top surgery, I could get it but I’m like 38, with no debilitating dysphoria and there are young queer people with crippling dysphoria that need the finite resources that the NHS have. I’m experimenting with binding and that seems to be enough right now.

These are just a few of the questions I get asked as a non- binary person. There are so many more, these are definitely the more common ones but when I asked about this in various facebook groups the response was way more than I expected.

Thanks to Enby Creations, @Ibrygkd and others for their contributions. 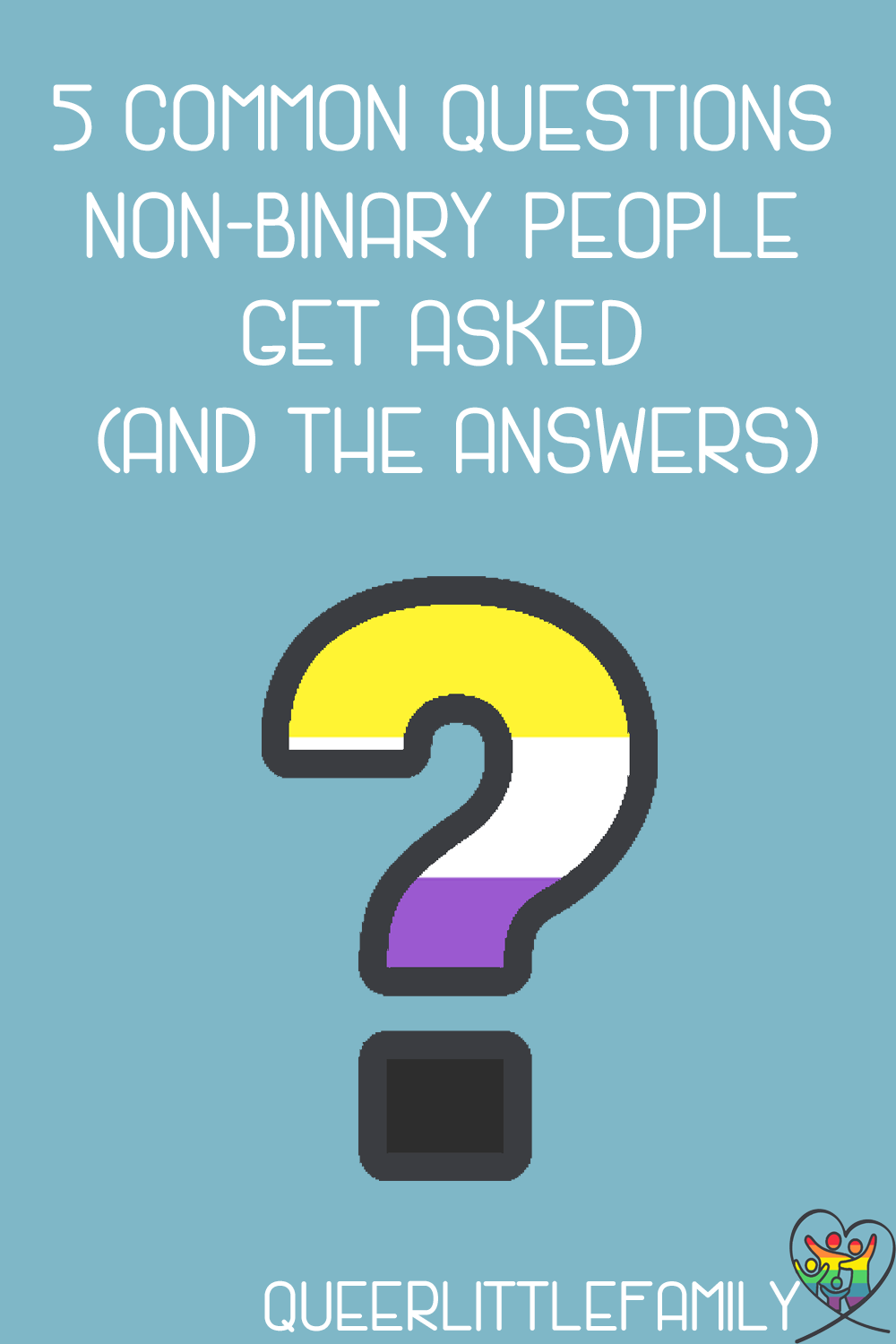