There are many reasons to want to use gender-neutral titles and terms. Gendered titles and terms create an instant impression in people, we live in a cisnormative world, full of misogyny and sexism. Even without realising we have an internal bias about certain terms depending on the gender they are usually assigned too.

Gendered terms don’t always fit with people who are trans or non-binary. while many non-binary people use what most people consider gendered terms, titles and pronouns, some do not. Some used a mix.

Many gender neutral terms aren’t even new, are part of our everyday language. Even neopronouns aren’t new.

Of course, language is always evolving, and there are other ways of addressing family members. Snappy, my niece and nephew all call my step-dad Dap. My sisters’ kids call one of their grandfathers Gaia. My friends’ kids call their grandmother Gargar. Snappy calls me Bow – a name he came up with himself at

This isn’t a comprehensive list, how can it ever be? But if you have suggestions, know of other terms or have requests let me know in the comments or via our contact form. 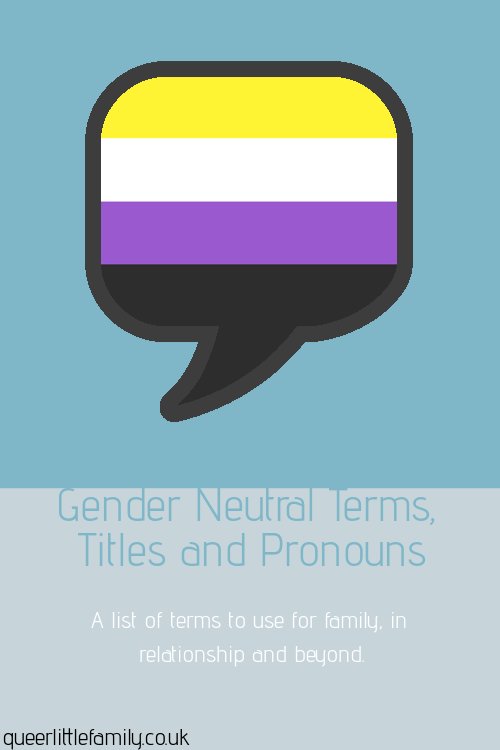