Bi-erasure is an insidious thing. It directly causes biphobia, something that’s not exclusive cishet people but something done by the LGTQ community too. And it’s everywhere, from the reactions to strangers on the street (or at PRIDE events) to the lack of bisexual characters in media.

We get written out of history books. Unless the bisexual is the bad guy.

A lot of the time, when people try to include LGBTQ diversity to something, whether it be media or in their community groups, they tend not to think past the L and the G in the acronym. As we progress we seem more and more Lesbian and Gay characters but few Bisexual ones. Even less trans ones. Bisexual people aren’t catered for, they don’t get the same level funding (or funding at all), they’re not part of conversations.

It’s using the word gay to pretty much cover anyone who isn’t straight.

It’s endless characters who are attracted to more than one gender insisting they don’t like labels.*

Being forgotten is as damaging as the overt discrimination we face.

A big part of my own bierasure in the community comes from being an afab person married to a woman. I get erased as a genderfluid person and a bisexual. People read me as a woman, despite how I may or may not be presenting at the time and therefore, I’m a lesbian because I’m married to a woman.

It’s not how it works.

Once you add kids in, it makes it worse. You’re a two mum family, regardless of how I may or may not label myself as a parent.

And those bisexuals in relationships with partners of the opposite sex, face the same sort of erasure. I’ve been there too, as a much younger person. You’re straight because you’re in a straight-looking relationship. The assumption, the default, is heteronormative. One man, one woman, some kids? Straight family. Thousands of bisexuals are erased, forgotten, ignored and unsupported with that idea alone.

I kinda take it though, cause I’m 37, very secure in my sexuality and not afraid to correct people. I have the privilege of age and experience, of race and education. I’m confident (gobby) and no, I don’t always correct people, and no it doesn’t always bother me.

Not everyone can take it. I can’t take it all the time.

Bisexuals – and those under that umbrella (pansexuals, omnisexuals, et al) makes up the largest part of the LGBTQ community. To erase is to erase the community.

Bi erasure is dangerous on many levels. It affects those who are already out, damaging self-esteem, we end up feeling like outsiders in queer spaces that are supposed to be inclusive, supposed to be for us. We are outside of straight spaces, by default. We end up alone. While it’s not okay to make homophobic jokes, infer stereotypes about gay or lesbians, it’s still common to face biphobia. To see those stereotypes in the media, in bars, to have people straight and queer to really believe certain myths about us.

Bisexuals live with higher rates of depression and self-harm, suicide, anxiety, eating disorders. Higher rates of health problems, poverty. Greater numbers of domestic abuse, It’s harder for us to access health care, support services, housing. We lose out over and over. It doesn’t matter who we’re in a relationship, with, whatever their gender, we’re left behind, erased by everyone around even when the numbers say we need more support.

It puts off people coming out too. Knowing all this, hearing biphobia, not seeing themselves in media, not even knowing the word exists. I grew up during section 28, and we’ve made some progress since then but not much. Only now are LGBTQIA topics being discussed in schools.

Kids shouldn’t have to go to the internet to figure out the words they need to describe the person they are. Even if that word is simply queer. Parents should be teaching kids about it, schools should. And that includes every part of the acronym and not just gay and lesbian. Kids need to know there are people who are neither straight or gay. Even if they’re straight, kids need to know. It’s how we foster understanding and tolerance.

Bi erasure if dangerous but it is improving. It’s a slow process though, a little like one step forward two steps back but there needs to be more awareness by both the LGBTQ community, and the cishet community of the issues. . Of the things they do to erase not only bisexuals, but other members of the LGBTQ community beyond the L and the G. That includes everything from the language they use when talking to us and about us. That includes funding, support, media representation. 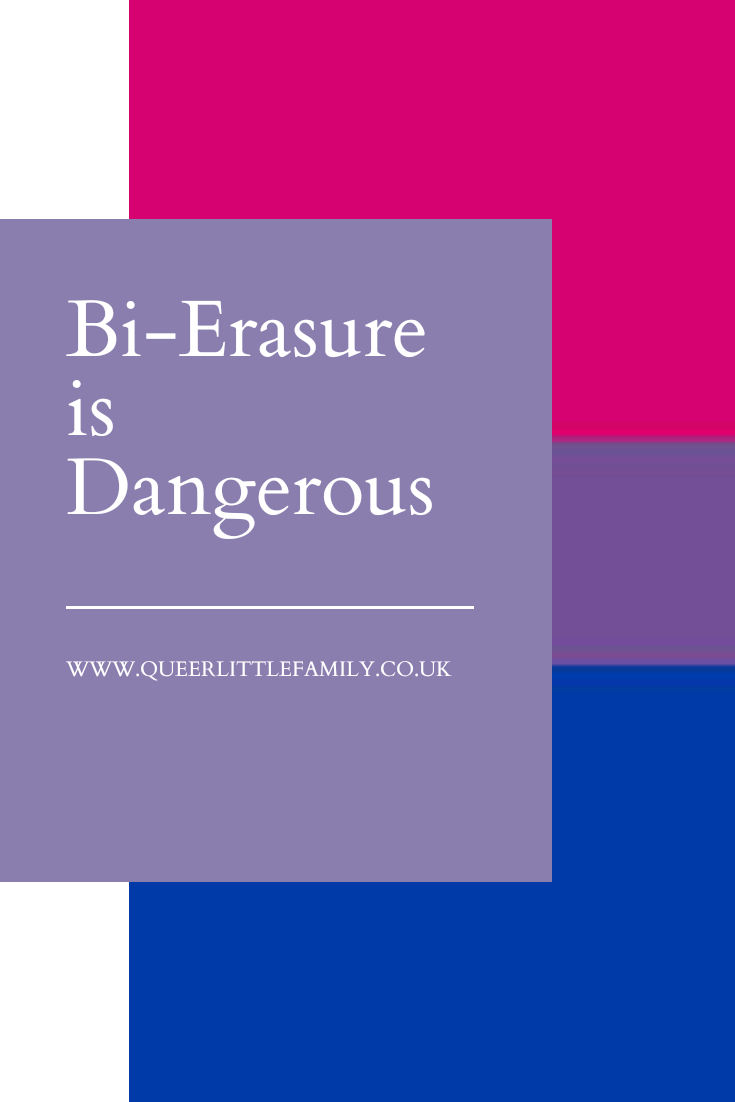 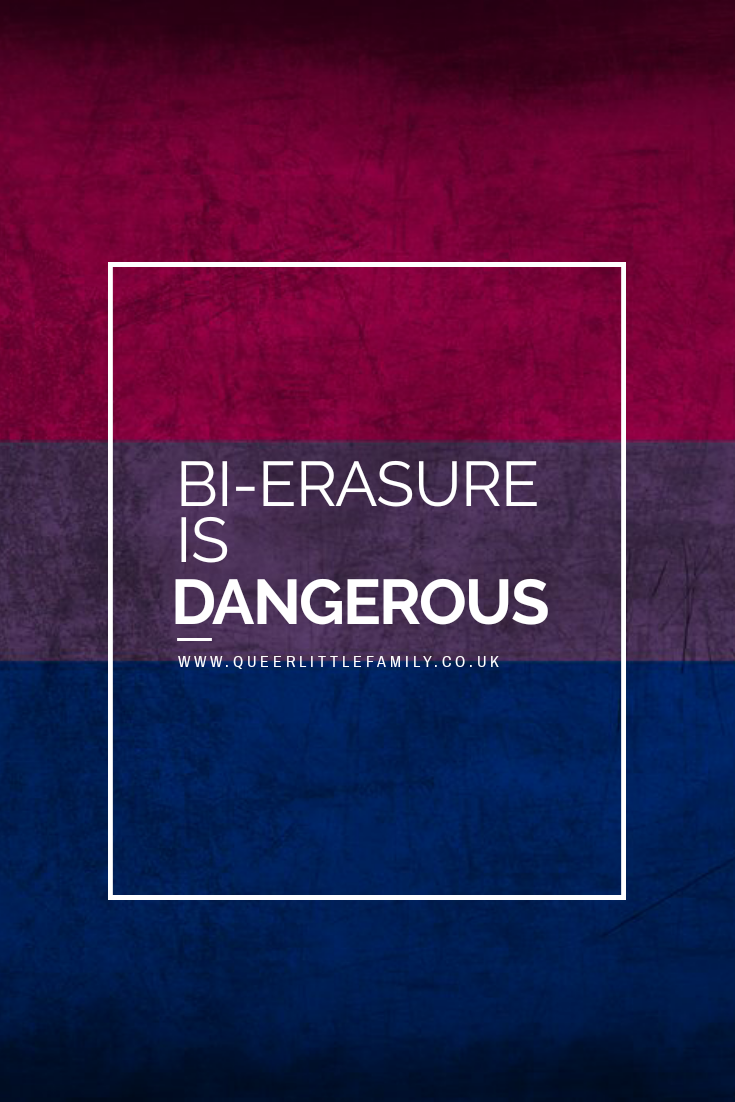