Sexual intercourse began/ in nineteen sixty-three/(Which was rather late for me), Philip Larkin memorably wrote, Between the end of the Chatterley ban/And the Beatles’ first LP. 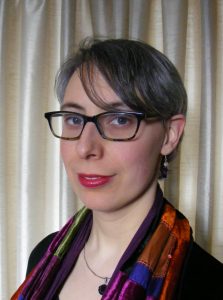 Last month marked thirty years since Section 28 of the 1988 Local Government Act came into force. Next month I turn thirty-three. The maths is easy. Section 28 was in force before I so much as learned to read and write. And it remained in force until 2003, the year I went to university. My whole school career was conducted under the shadow of the most notorious anti-LGB legislation of late twentieth century Britain. Section 28 stated that a local authority “shall not intentionally promote homosexuality or publish material with the intention of promoting homosexuality” or “promote the teaching in any maintained school of the acceptability of homosexuality as a pretended family relationship”.

What did that mean in practice? Silence. School could not mention, whether it be via biology or citizenship or literature, the possibility of any relationship other than that between a man and a woman. At least, not in any way that would be helpful to any pupil who might ever consider anything else.

No local authority was ever prosecuted under Section 28. It did the damage anyway. The threat was enough to produce a climate of fear. Enough to silence teachers who might have been supportive. Enough to make the kids who thought/wondered if/feared they might be attracted to anyone of the same gender believe that they were completely alone.

I was one of the lucky ones. All that Section 28 robbed from me was possibilities. Data. Things that I could have known, and didn’t because school was not allowed to tell me. My family was open-minded if not necessarily given to phrasing things sensitively. My brother’s godfather gave me a copy of Sarah Waters’ Fingersmith for my eighteenth birthday, which was as good an introduction to queer lit as any. At that same birthday party, my cousin asked me whether I preferred women or men. Going with a couple of unproductive crushes and a sense of what I thought I was meant to answer, I said ‘men’. I still wish he’d given me a ‘both/and’ option.

It was on a Livejournal meme, of all things, that I first read the word ‘bisexual‘ and felt a little tug of recognition, of identity, of truth. It took me another year and more to claim that identity for myself. By that time I was in a serious relationship with a man, one that’s ended up in nine years of marriage, and counting. And I don’t regret that, but I do wish I’d known earlier, that there was a word for me.

And it took the books from me, the books that could have existed and didn’t, because it wasn’t in a publisher’s interest to produce something that a school or a public library couldn’t safely put on its shelves. As someone who relied heavily upon books to make sense of how the world works, it created a gap that I couldn’t quite see. Back then, I needed things spelled out in words of one syllable. 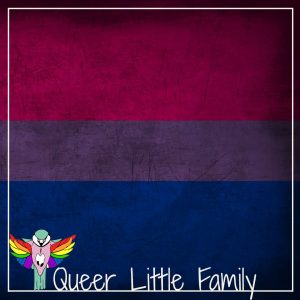 In the end, there wasn’t much time at all between the end of the Chatterley ban and the beginning of Section 28. In the nineties, the United States of America was developing a flourishing tradition of books aimed at teenagers with LGBT characters. It had started with Nancy Garden’s Annie On My Mind and never looked back. David Levithan, Malinda Lo, Sara Ryan, Alex Sanchez… On this side of the Atlantic, there was a blank. Publishers were timid; authors wrote in code. They found their own ways to write about and to challenge discrimination – think of Terry Pratchett’s dwarves in the Discworld books – but everything was in code. It had to be. And the shadow that it cast over British publishing is only just now beginning to lift. Even Jacqueline Wilson, who has never been one to shy away from controversial topics, couldn’t give us a book with a gay character in a central role until Kiss in 2007. There still seems to be an assumption that because something couldn’t be sold then, it won’t sell now. We’ve got a lot of catching up to do.

The end of Section 28 was rather late for me and too late for plenty of others. And I can only hope that we’ve seen the last of it.

Kathleen Jowitt lives in Cambridge. Her debut novel, Speak Its Name, deals with the overlap between Christian and queer identities in the context of student politics, and was the first self-published book ever to win a Betty Trask Award.