We finally finished RuPaul’s Drag Race and watched All-Stars. Now we’re just waiting for Season Ten of Drag Race and Season Three of All- Stars to hit, but not until next year. They announced the cast of All-Stars this week and I’m very excited. We started watching (well, re-watching) Stargate SG-1 because we love it and it’s still my favourite show and fandom. We’re on season four already – my favourite and the season with Sam’s best hair. The Last Leg is back, Back Off is brilliant and the Crystal Maze has finished. 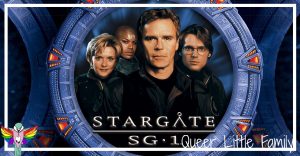 We’ve read a lot of books in this house in October – Bethend has been working her way through Ellis Peter’s books and is currently reading Summer of Blood: The Peasants’ Revolt of 1381 and Wedlock: How Georgian Britain’s Worst Husband Met His Match. This month I joined the library for the first time since I got back to Wales (so seven years or so). I’ve read the following books by Tess Gerritsen – Under The Knife, Girl Missing, Keeper Of The Bride and Bloodstream. I just finished Playing With Fire which was a much harder read in terms of subject. I’ve also read The Long Tomorrow by Leigh Brackett. Mostly this month Snappy has been reading/chewing on Goodnight Moon by Margaret Brown and Eek! Halloween! by Sandra Boynton.

This month I haven’t played many video games. I’ve not really been in the mood. Depression does that to you. I have played some more Shovel Knight through and my wife and I have been playing Age Of Empires 2 HD together. We’re equally matched though and both defensive players so we spend three hours building up our defences, our army, destroy the AI and then fail to destroy each other until it gets too late to play any longer, we call it a draw and go to bed. Almost every game goes this way. I’ve also been playing Ruzzle on my phone, cause I love word games and distractions. 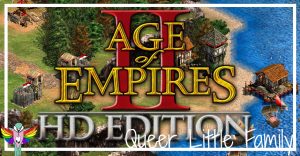 October is OctPoWriMo – October Poetry Writing Month – and I’ve been doing the rounds up each week of the poems I’ve written. Check them out here: Week One, Week Two, Week Three, Week Four. It’s been a rougher ride than usual, but then I always struggle more with October version than I do with the April. I’m always busier and always fighting SAD.

We went to Birmingham this month. my wife had a Life In The UK Test that she wasn’t allowed to take in the end. First, because she didn’t have a bank statement and the letter from the bank didn’t qualify as proof of address. Then as she’d already signed in and been refused she couldn’t be put back on. We’ve booked another test for the 4th. Hopefully, the weather will be better. The train ride was good, Snappy was pretty worked up on the way back because he hadn’t had much of a nap and he always gets excited when he goes somewhere different to usual. We went to the SeaLife Centre while we were there to see the new Penguins and our favourite fish the Bowmouth Guitarfish. It was school trip day so it was really busy and Snappy didn’t like that much (remember we live on the edge of nowhere). We enjoyed it though, we always do.

It was my niece Poppy’s birthday! She was seven at the end of the month and had a party in our village.